What If The Los Angeles Lakers Didn’t Trade For Russell Westbrook? 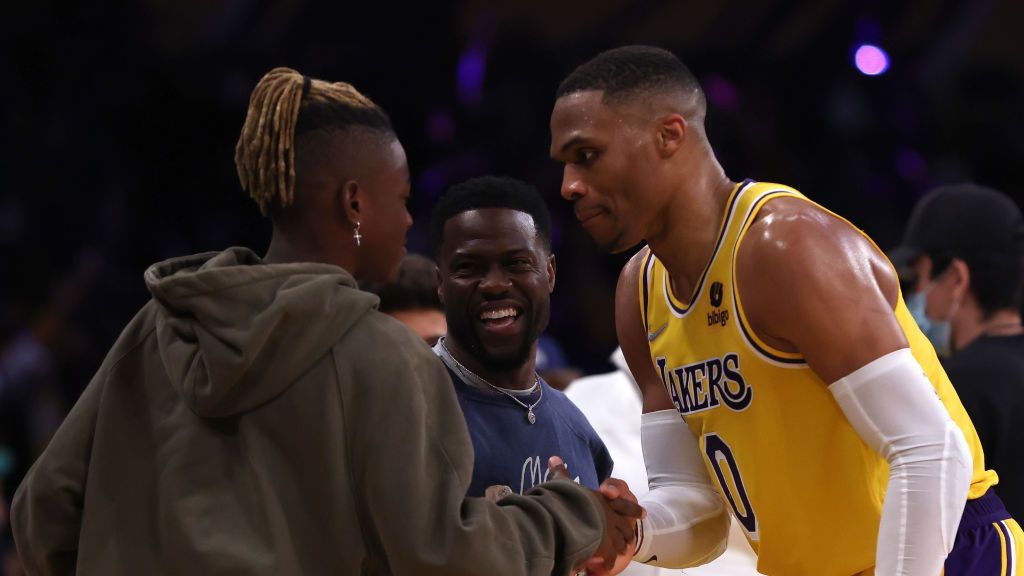 The 2021-22 NBA season has presented us all with its share of surprises — chief among them is the Los Angeles Lakers.

The Lakers’ 2020-21 season ended badly, after a disappointing six-game series lost against the Phoenix Suns. Los Angeles entered last season as favorites to win, which would have meant back-to-back championships. But their 2021 first-round elimination forced the team’s management to confront the reality that their LeBron James-led title window was closing. Sure, Anthony Davis is also in tow, but Davis was far less successful in New Orleans without James as a running mate.

So, the Lakers did what any big market team would — they went shopping for another star. Ultimately, they added Russell Westbrook. But Westbrook’s fit has been questionable, with the Lakers winning only 23 of their first 46 games — good for seventh in the West.

Injuries and COVID protocols have played a big role in Los Angeles’ struggles with Davis, James and Westbrook sharing the floor for only 290 minutes across 15 games. Still, the Lakers are just 8-7 in those games, with a +2.6 point differential when all three share the court. For context, Davis-James-Westbrook is the Lakers’ seventh-most successful three-man combination, having logged the sixth-most minutes — that’s not the desired outcome when you add someone owed $91 million over two seasons.

But what if, instead of trading for Westbrook, the Lakers went in a different direction — would they be better-positioned to win a championship? Let’s explore an alternate reality.

Before we look at what could have been, let’s review what was given up. In the deal for Westbrook, the Lakers sent out Kyle Kuzma, Kentavious Caldwell-Pope, Montrezl Harrell and the rights to the 22nd overall pick in the 2021 draft.

James and Davis rank 15th and 27th in usage rate, respectively. Comparatively, there is only Beal — 14th in usage — to contend with in Washington, which obviously means more opportunity; the next-highest usage rate on the Wizards is Kuzma, who is 72nd. Ultimately, keeping Kuzma, Caldwell-Pope and Harrell might have meant a better record presently because of the games missed by Davis and James. But the same logjam would exist come the playoffs if all are healthy, which seems likely to result in ineffective contributions from at least Kuzma and Caldwell-Pope.

So, Kuzma, Caldwell-Pope and Harrell didn’t work, and neither has Westbrook. But what other options existed?

Let’s start with the low-hanging fruit: a Lakers-Kings deal appeared imminent prior to the Westbrook deal, with talks centering around a swap of Kuzma for Buddy Hield. As a I recently alluded to in a piece about off-season redos, Hield-to-Los Angeles made much more sense.

Would the Lakers be better with Hield? Probably. Hield’s 15.1 points, 22.3 usage rate and 52.7% Effective Field Goal percentage is better than Westbrook’s 18.5 points per game, 27.7 usage rate and 46.6% eFG. Like Westbrook, Hield has played in all of his team’s games this season, too.

Further exemplifying Hield’s fit — 65% of his shot attempts come off one dribble or less, which pairs perfectly with James’ style of play. Comparatively, 33% of Westbrook’s shots require seven or more dribbles, and another 33% require between three and six dribbles.

But the Lakers apparently examined both deals and chose Westbrook. Were there any other deals the Lakers considered?

The biggest rumor involved San Antonio and would have seen the Lakers enter into a Kuzma-for-DeMar DeRozan sign-and-trade deal. Regardless of what combination of Kuzma, Caldwell-Pope and Harrell would have been required to get him, DeRozan is clearly an upgrade on Westbrook — or at least he would be if he’d have performed as well for the Lakers as he has for Chicago.

The Lakers were clearly on the hunt for offense, and there weren’t many other difference-makers traded in 2021 — with the exception of Kyle Lowry. Lowry accepted a lesser role to join the Heat, but his impact has been obvious. Lowry is scoring less while collecting more assists, receiving about as many minutes as he has in the previous four seasons.

This hypothetical deal never made its way into the rumor mill, but Lowry’s $27 million in 2021-22 is a near match for Caldwell-Pope ($13.038 million) and Kuzma ($13 million). Could adding in Talen Horton-Tucker and future draft compensation have been enough to rival Miami’s deal? Maybe, though I admit most probably not.

The Lakers upgrade options were clearly limited. Instead of an incremental upgrade, Los Angeles chose to take a major high risk, high reward gamble. Now, the league’s preeminent franchise must confront the fallout from a gamble-gone-wrong.

The post What If The Los Angeles Lakers Didn’t Trade For Russell Westbrook? appeared first on Zenger News.