VIDEO: World At His Fingertips: Boy Born Without Hand Gets 3D-Printed Prosthetic 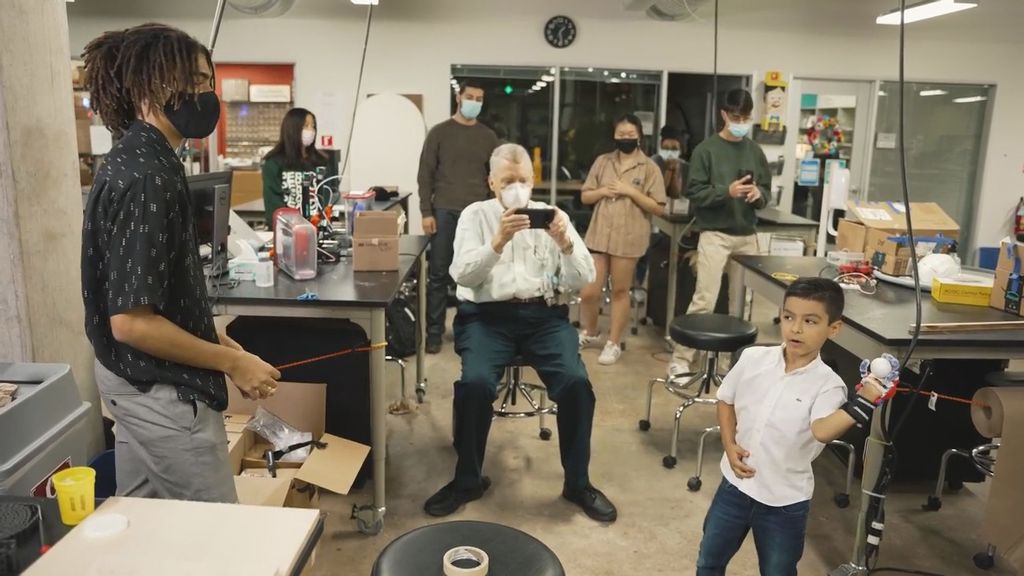 A 5-year-old boy born without a left hand is now able to play catch thanks to a 3D-printed fully functional prosthetic that enables him to firmly grip objects.

Rice e-Nable, part of the global e-Nable community of “digital humanitarians” who use 3D printers to produce low-cost prosthetic limbs for children and adults in need, partnered with Dr. William Pederson from Texas Children’s Hospital in Houston to help Adriel Rivas.

The Rice e-Nable chapter was launched  by Arinze Appio-Riley, who is studying kinesiology at Rice University, and his sister Chinwe Appio-Riley, a Rice alumna.

They asked Rice University lecturer Deirdre Hunter in 2020 for help with the project and to be their faculty mentor.

A major advantage of 3D-printed limbs is that they are quick to make and relatively cheap, Hunter said.

“As a child grows, you’ll have to change the size and dimensions of these prosthetics,” she said. “And children can be really rough on them.”

Arinze Appio-Riley said he wanted to make the prosthetic as comfortable as possible because, regardless of how well it works, if it’s uncomfortable, Adriel won’t wear it.

Appio-Riley explained that the 3D-printed hand has a flexible wrist, and the tensioner strings, connected to Adriel’s fingers, allow him to grip objects.

“The amount of fit and tension you can get just by this simple design is pretty nice,” Appio-Riley said. “It can pick up a lot of heavier things than you’d imagine: a cup, maybe a newspaper, or a baseball, something our client is looking forward to.”

The Rice e-Nable team met repeatedly with Adriel and adjusted the design of the arm until it was comfortable and effective, enabling him to pick up such objects.

Appio-Riley said the project was born out of compassion, an important characteristic of the mission of Rice e-Nable, which has several more projects lined up.

“This is a compassionate project, and Rice students are really looking for that,” he said.

Hunter said that as children often cannot endure long waiting periods, it will operate year-round to produce prosthetic limbs that fundamentally improve their quality of life.

“There are approximately 40,000 e-Nable volunteers in over 100 countries who have delivered free hands and arms to an estimated 10,000-15,000 recipients through collaboration and open-source design to help those in underserved communities who have little to no access to medical care,” the organization says on its website.

The post VIDEO: World At His Fingertips: Boy Born Without Hand Gets 3D-Printed Prosthetic appeared first on Zenger News.