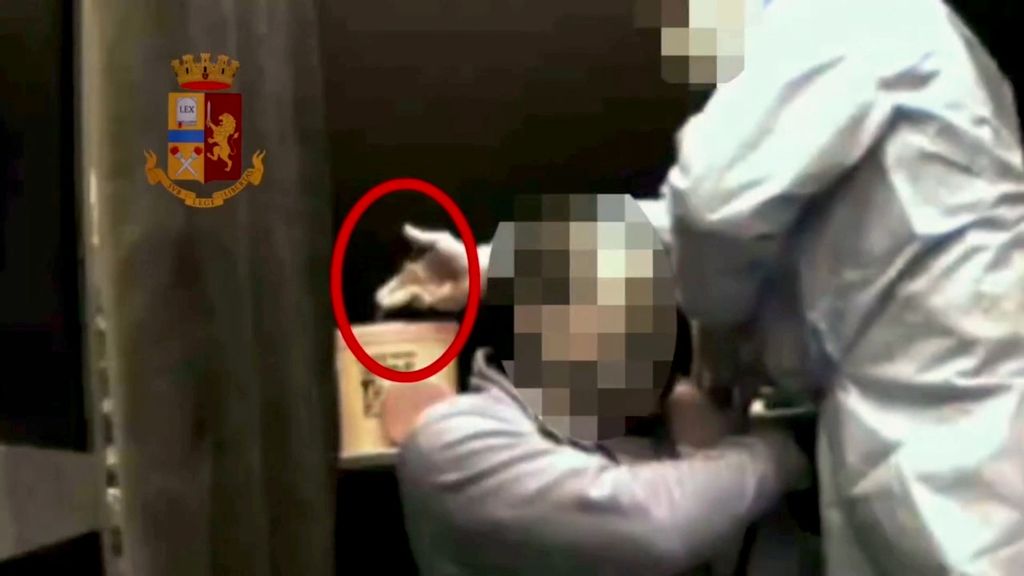 Italian police have caught a gang accused of helping people who did not want to get vaccinated to obtain the Green Pass certificate. The people paid to get a COVID-19 “vaccine,” which was sprayed into a waste bin instead of into their arm.

“To obtain the undue issue of the Green pass, 50 people now have to answer for the crimes of corruption, false ideology and embezzlement,” police in Ancona, Italy, said.

“The investigation by the Ancona mobile squad, which involved various provinces, made it possible to discover a corruption system that allowed those who did not want to get vaccinated to obtain the release of the certificate anyway.

“Of the 50 investigated, a professional nurse in charge of vaccinations in a vaccination center in Ancona ended up in prison, house arrest was ordered for four intermediaries, while for all the others the precautionary measure adopted was that of the obligation to stay in the municipality of residence and the obligation of daily presentation to the judicial police.”

According to the investigation, a network of dozens of people brought people from all over Italy to the vaccination center in Ancona where they paid up to $450 for the nurse who was supposed to “inject” them. The nurse would simply squirt the dose into the waste bin and then put a bandage on the person’s arm and hand them a certificate.

With growing pressure in European countries to make the COVID-19 vaccine compulsory, some people are opting for a fraudulent way to obtain the Green Pass confirming that they have been vaccinated.

A special police squad operating at the Paolinelli vaccine center in Ancona region discovered that people who wanted to avoid getting the vaccine were bribing a nurse in the area to pretend to give them the jab so that they could get the certificate.

The task force that started investigating the nurse in December 2020 found that in exchange for cash, the nurse “simulated the inoculation of the vaccine serum making it useless, dispersing it in the waste bin and inside the container, the so-called agobox.,” police said.

“In this way, a fundamental public resource was wasted, such as the vaccine serum entrusted to it for reasons of service and the compromise of the effectiveness of the action of the National Health System in containing the effects of the spread of the COVID-19 virus.”

Among those arrested was a lawyer from Ancona who is accused of acting as an intermediary for the scheme.

Police also seized $20,000 from people who paid for the vaccine to be “injected.”