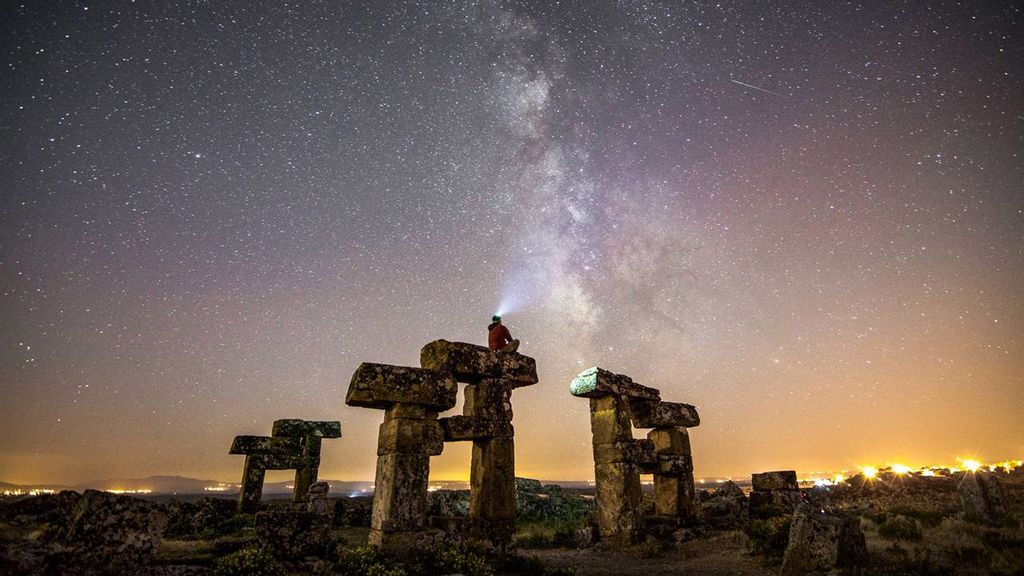 A photographer and drone pilot in Turkey used a Go Pro Hero 9 to produce a time-lapse video of the Milky Way over ruins in the 2,300-year-old former city of Blaundus in what is now Anatolia.

One of the aims of Isa Turan in capturing these images was to draw attention to the impact of light pollution.

“Light pollution is a natural disaster,” he said. “People living here used to be able to see the stars very clearly. When you watch the video, you can see the view is disrupted by lights coming from the surrounding settlements.”

The city was founded by Macedonian settlers following the Anatolian expedition of Alexander the Great in 334 B.C. The settlers called themselves the Blaundus of Macedonia. The city was later was part of the Roman Empire.

Turan specifically wanted to do the shoot on June 4. On that night, with a new moon, the brightness of the stars was emphasized.

“There are many promotional films about ancient cities. However, I chose Blaundus and wanted to show this place to people from a different perspective,” he said.

“These ruins were not built haphazardly. They are perfectly aligned and placed on the North-South longitude.”

The remains at Blaundus include an ancient amphitheater, the arch that was used as the entrance to the city’s northern wall, some old parts of the city and the temple of the Roman emperor Claudius.