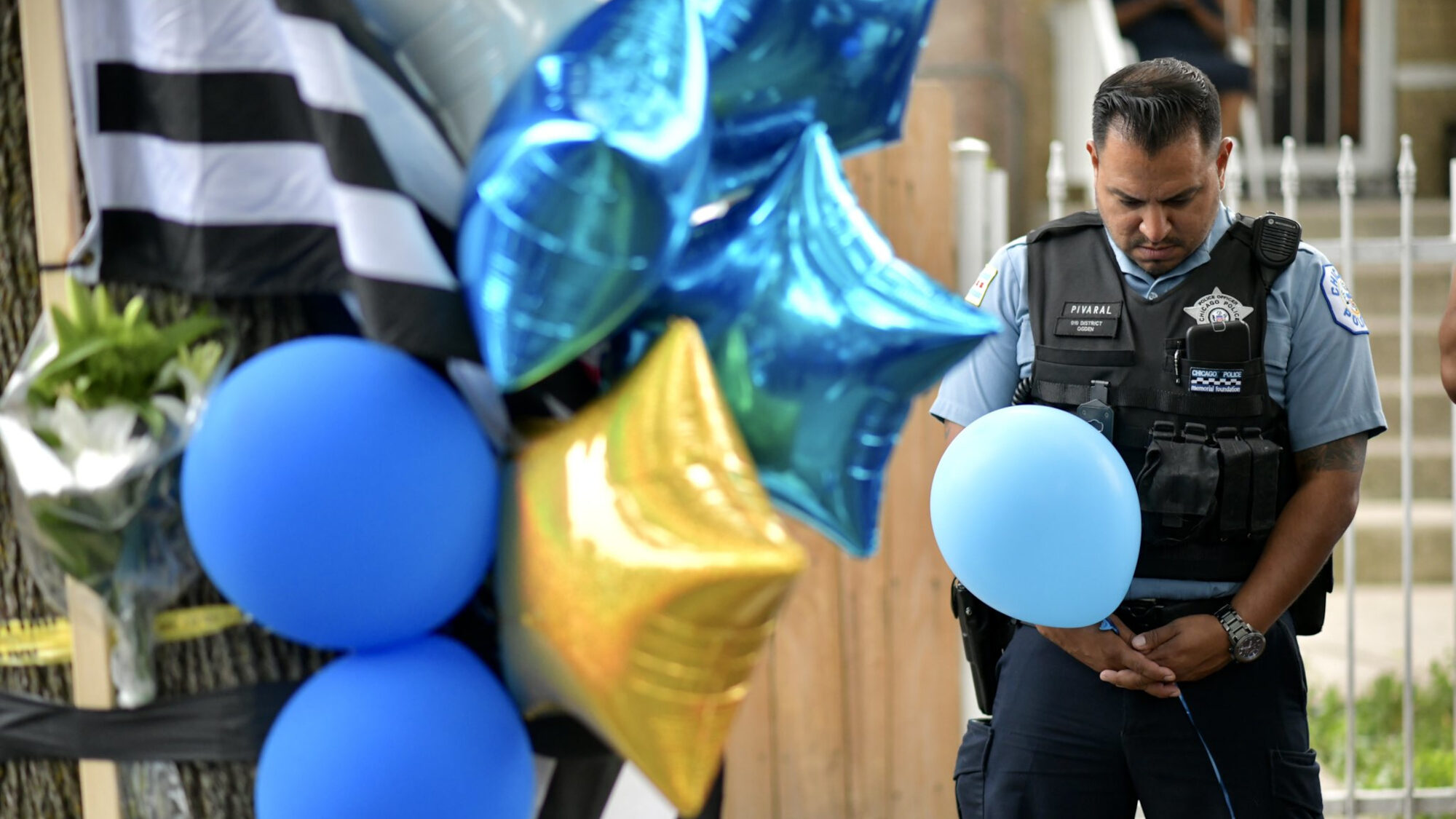 Hundreds of police officers and members of the community honored slain Chicago Police Officer Ella French on Monday night on the city’s southwest side.

French, 29, was fatally shot on Saturday night, Aug. 7, during a traffic stop. Her partner, also a member of the Chicago Police Department’s Community Safety Team, was hospitalized in critical condition. The man, who was not named, was said to be “fighting for his life.”

“We will continue on in your honor Officer French,” the department tweeted.

“Officer Ella French was murdered by cowards while conducting a traffic stop with her partners. We lost a sister in blue. Today, Ella’s family, friends, and fellow officers mourn and our hearts go out to them. What an incredible loss for this city, state, and the entire nation,” the Chicago Fraternal Order of Police — Chicago Lodge 7 tweeted on Monday night.

Two brothers have been charged in French’s death.

Police allege that Emonte Morgan shot and killed French and shot her partner three times. Eric Morgan, police allege, drove the car that officers had pulled over because it had expired tags.

Both men were ordered held without bail on Tuesday.

A third individual, Jamal Danzy, 29, has been charged by the U.S. Attorney’s office with federal firearm violations in connection with the incident, the Cook County State’s Attorney’s Office said.

After French’s partner was taken to the University of Chicago Medical Center, dozens of uniformed police turned their back to Mayor Lori Lightfoot when she visited the hospital.

French, the mother of a 2-month-old daughter, is the first female police officer to die in Chicago in the line of duty since Irma Ruiz in 1988.

Ten people were shot and killed and 73 were injured in Chicago over last weekend, police said.