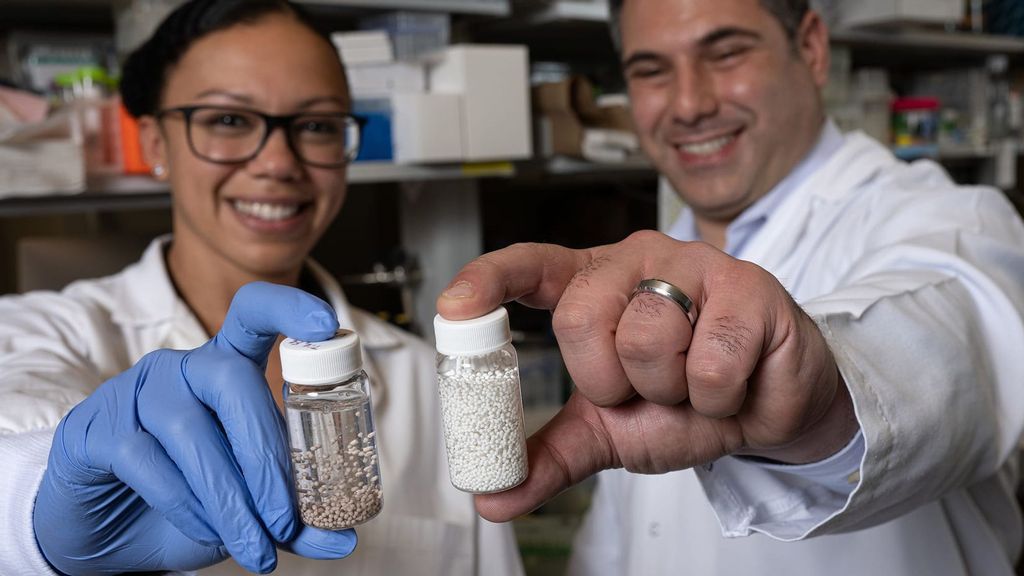 Scientists are celebrating positive results from an immunotherapy study, which showed success in making malignant tumors in mice disappear within a week.

The study, published in the journal Science Advances, was led by Omid Veiseh, an assistant professor of bioengineering at Rice University, and  Amanda Nash.

Veiseh explained that the research team had developed tiny “drug factories” — the size of a pin head — which they then implanted into mice with minimally invasive surgery. These implants delivered continuous high doses of interleukin-2, which is a molecule that works with the immune system to help regulate the activities of white blood cells in fighting cancer.

The drug-producing beads were placed beside the tumors or within the peritoneum — a membrane that lines the abdominal wall and covers most of the abdominal organs — ensuring that the drugs were at their highest concentration around the tumor and limiting exposure elsewhere.

“We just administer once, but the drug factories keep making the dose every day, where it’s needed, until the cancer is eliminated,” said Veiseh. “Once we determined the correct dose — how many factories we needed — we were able to eradicate tumors in 100 percent of animals with ovarian cancer and in seven [out] of eight animals with colorectal cancer.”

Veiseh said that the ingredients used in the drug had also previously been used in human clinical trials and had been deemed “safe.” The team specifically chose these to get their treatment to patients as soon as possible. Human clinical trials for the new treatment course could begin as early as fall 2022.

While interleukin-2 is already an FDA-approved cancer treatment, the implantable drug factories provoke a stronger immune response than existing treatments do because of their targeted approach and higher concentration, according to Nash. Moreover, the same concentration of the drug delivered through an IV “would be extremely toxic,” she said.

She noted that the same general approach used in the study could be applied to treat cancers of the pancreas, liver, lungs and other organs.

“A major challenge in the field of immunotherapy is to increase tumor inflammation and antitumor immunity while avoiding systemic side effects of cytokines and other pro-inflammatory drugs,” said Amir Jazaeri, study co-author and a professor of gynecologic oncology and reproductive medicine at the University of Texas MD Anderson Cancer Center.