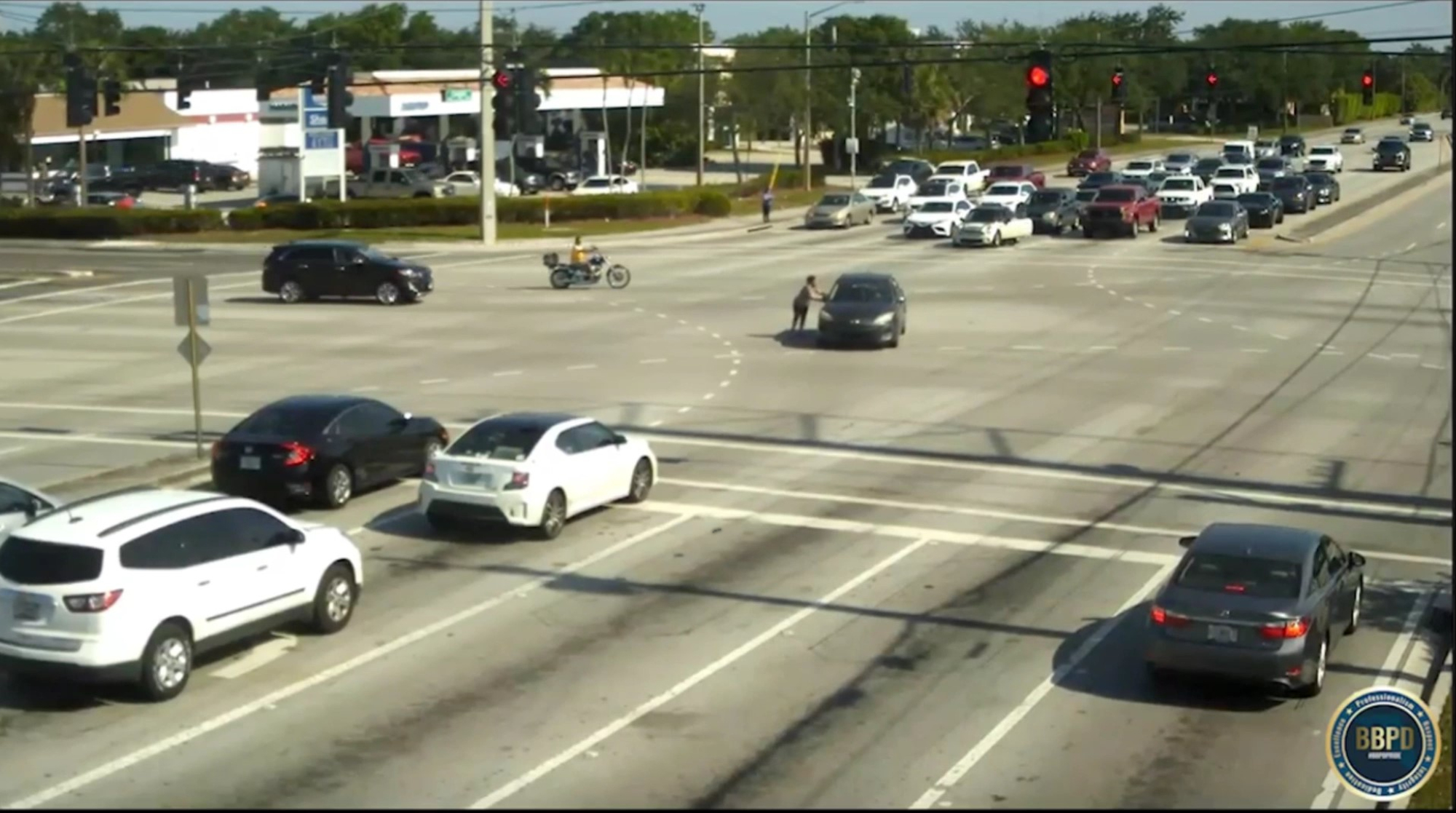 This is the heartwarming moment motorists work together to help a woman who suffered a medical episode behind the wheel at a busy intersection in Florida.

The incident was filmed on Woolbright Road in the city of Boynton Beach in Palm Beach County in the US state of Florida on May 5.

The police said the woman suffered a medical episode behind the wheel and her colleague jumped out of her car to alert other motorists.

Road users worked together to smash a rear window to unlock the passenger door and assist the woman.

Boynton Beach Police Department said on May 11: “You all work fast! We have been put in touch with several of the Good Samaritans. We are coordinating everyone’s schedules to get them together with the woman they rescued. We will let you know once it’s confirmed.

“If you watch any video in your feed today, make it this one. A group of Good Samaritans sprang into action on May 5 to help a woman who suffered a medical episode while driving on Woolbright Road.

“As her car slowly entered the intersection at Congress Avenue, her co-worker raced across the street waving her arms to get the attention of other motorists. Her co-worker was in another car and saw her slumped over the steering wheel.

“Several people got out of their cars and worked together to stop the moving car. One woman grabbed a dumbbell from her car and a man used it to smash the rear passenger’s side window. Another man then climbed through the window to unlock the passenger’s side door.”

The police said: “The car was then put in park and the Good Samaritans pushed it to a nearby 7-Eleven parking lot where a nurse who was on the phone with 911 provided medical attention until the fire department arrives.

“We are sharing this video in hopes of learning the identities of all the strangers who came together to save this woman’s life. They are heroes and we want to bring them back together at the police department to recognize them and meet the woman they rescued.”

The police asked for the public’s support in tracking down the Good Samaritans.