VIDEO: Cub On In The Water’s Lovely 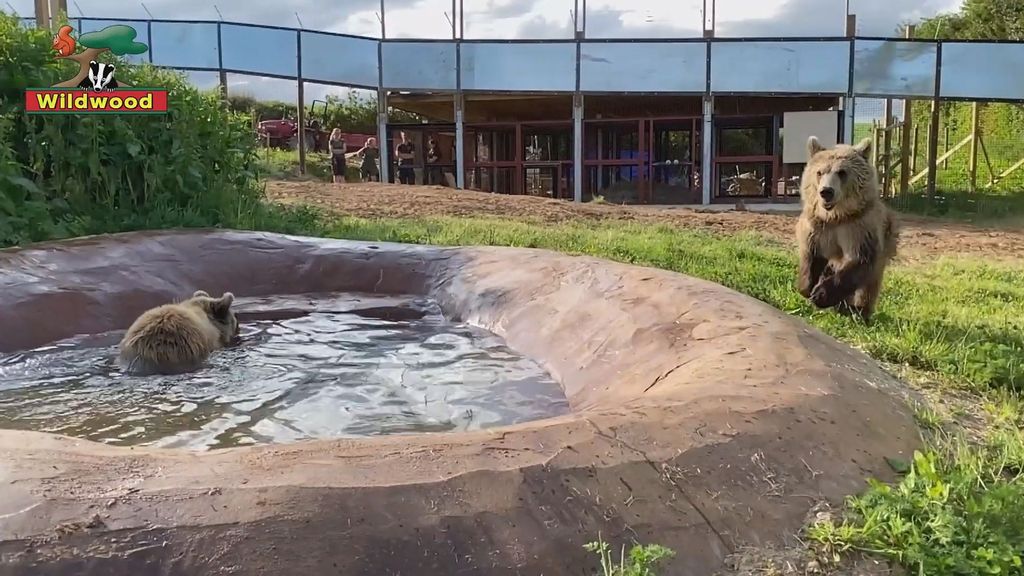 Two bear cubs, Mish and Lucy, abandoned in the Albanian mountains, are now in a custom-built enclosure in the UK.

The Eurasian brown bear siblings were abandoned by their mother in 2019, possibly due to the destruction of their habitat, and faced certain death.

After a successful fundraising campaign by the Wildwood Trust, the cubs were moved to a temporary enclosure in Belgium before arriving at Wildwood Escot in Devon, England, on June 4.

“Lucy and Mish had a tough start in life but really thrived under the care of our expert keepers in Kent,” said George Hyde, general manager of Wildwood Escot. “We can’t wait to continue the great rehabilitative work that the team has already started.”

In the video, Mish and Lucy can be seen arriving at their new home where they eat, drink and take a dip in the pool.

Their new enclosure has been designed to afford them space to play, explore and forage. The enclosure also serves to help the cubs develop skills they would have honed in the wild, such as climbing trees, digging dens and searching for food.

Mish and Lucy are expected to move later this summer once the 1.5-acre woodland enclosure is ready at the Wildwood Escot park. The site is built into a natural wooded area, creating a lifelong habitat for the cubs.

“All the bears we care for at Wildwood have been rescued, just like Lucy and Mish, who would not be able to survive in the wild,” said Paul Whitfield, Wildwood Trust’s director-general.

“Their journey is an extraordinary one, but they’re not alone. They represent the struggle of wildlife to exist in its natural habitats in the face of the climate and nature crisis,” he said.

The post VIDEO: Cub On In The Water’s Lovely  appeared first on Zenger News.