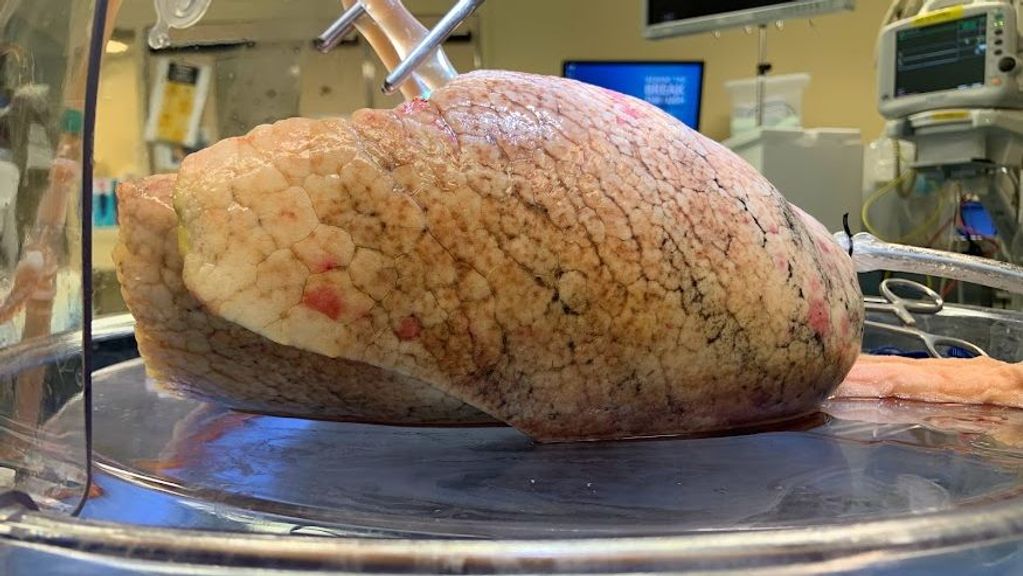 Researchers say they have developed a method to turn donated organs into what they call “universal” organs, useable in all recipients regardless of blood type. Clinical trials are planned for 2023.

Introducing blood or organs to a person’s body causes a potentially fatal immune response if they are foreign types. For example, a person can receive blood only from donors of the same blood type or the universal type O. Organs that aren’t a match are naturally rejected by the body.

Donor organs have long been matched to potential recipients, who are on a waiting list, based on blood type and other criteria.

“This translates into mortality. Patients who are type O and need a lung transplant have a 20 percent higher risk of dying while waiting for a matched organ to become available,” said Dr. Aizhou Wang, co-author of a study describing the new method.

The experiment, performed at the Latner Thoracic Surgery Research Laboratories and Ajmera Transplant Center, proved that safely converting the blood type of organs intended for transplantation is possible, the researchers say.

The research team used the Ex Vivo Lung Perfusion (EVLP) system, which keeps lungs alive outside the body for evaluation before transplant. Mimicking the body’s environment, the lungs are put inside a clear, plastic dome and attached to a ventilator and filtration system. Maintained at a steady temperature, they are pumped with a solution containing oxygen and nutrients that clears out bacteria and maintains stability in advance of transplantation.

In the study, lungs not suitable for transplanting from Type A donors were connected to EVLP. One lung was subjected to enzymes that cleared antigens from the organ’s surface, while the other lung (from the same donor) was left untreated. The team then added Type O blood containing high concentrations of anti-A antibodies to simulate an incompatible transplant. They found that the treated lungs tolerated the blood, while the untreated lungs showed rejection.

The study relied on an interdisciplinary approach to the problem. Biochemist Stephen Winters of the University of British Columbia discovered a group of enzymes in 2018 that has proven to be key to creating universal blood-type organs. These enzymes were used in the EVLP circuit.

“This group of enzymes that we found in the human gut can cut sugars from the A and B antigens on red blood cells, converting them into universal type O cells. In this experiment, this opened a gateway to create universal blood-type organs,” Winters says.

Wang, Dr. Marcelo Cypel of the Ajmera Transplant Center of the University Hospital Network (UNH) in Canada and other researchers published their findings in the journal Science Translational Medicine.

“With the current matching system, wait times can be considerably longer for patients who need a transplant depending on their blood type,” Cypel explained.

The researchers say they believe they have made progress toward universal type O organs, which could improve fairness in organ allocation and decrease mortality for patients on the waiving list. “Having universal organs means we could eliminate the blood-matching barrier and prioritize patients by medical urgency, saving more lives and wasting less organs,” Cypel, a thoracic surgeon who teaches at the University of Toronto, said.

According to Wang, the disparity exists for lungs and other organs. She said a Type O or B patient may stay on a waiting list for a kidney transplant for four or five years, while the wait is only two to three years for Types A or AB, which are more common.

“If you convert all organs to universal Type O, you can eliminate that barrier completely,” Wang said.