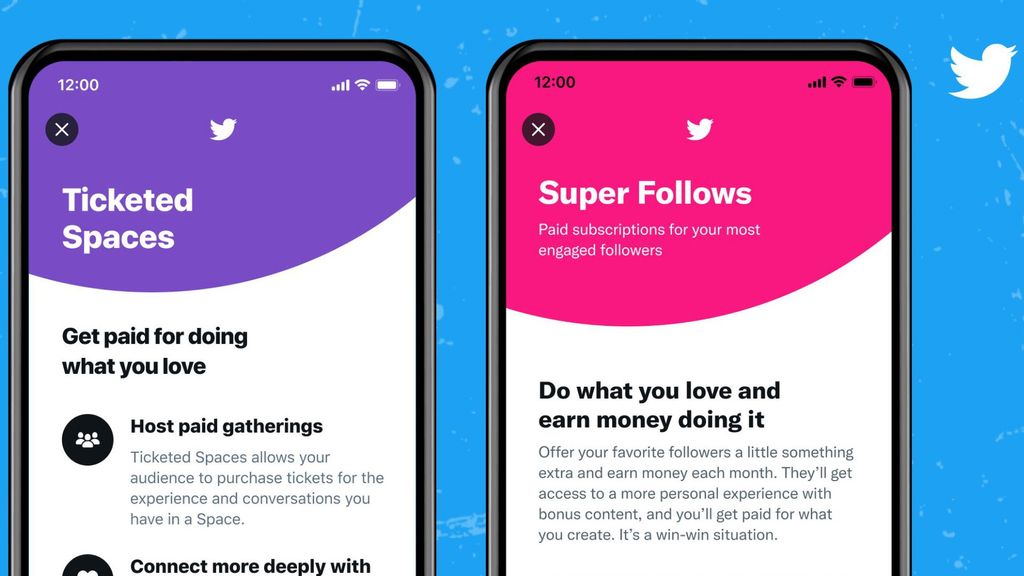 The company announced recently that it is “experimenting” with the feature for some iOS users.

It first rolled out applications to try the product in June with the plan to eventually make it available to all interested iOS and Android users.

“We want to help people creating cool Spaces make money today; some Hosts will be able to create Ticketed Spaces,” Twitter wrote in its announcement on Aug. 27.

“We’re experimenting on iOS only for now, but we hope to get it to everyone soon. Know it’s taking us a little time, but we want to get this right for you!”

Hosts can charge between $1 and $999 for their ticketed rooms and set a room size cap for them. These test group participants will initially keep 97 percent of the money they make after the fee Apple and Google charge for in-app purchases.

But Twitter will increase its cut from 3 percent to 20 percent if a user makes a total of $50,000 across their earnings on the app.

This fee will also increase when the feature is more widely available. In a preview of the feature in May, Twitter said hosts would instead keep 80 percent of their revenue after app store fees.

In the months since Twitter announced and previewed Ticketed Spaces, it has also changed how people can find these live audio rooms.

“As part of today’s launch, all developers using the new Twitter API v2 will be able to look up live or scheduled Spaces using criteria like Spaces ID, user ID, or keyword,” said Daniele Bernardi, Staff Partner Engineer, Twitter Developer Platform in a statement on Aug. 18.

“With the Spaces lookup and Spaces search endpoints, we hope to enable developers to build tools and solutions that help people on (and off) Twitter find interesting and relevant Spaces more easily.”

“This will also benefit Spaces Hosts by making their conversations more discoverable and bringing more engaged listeners into their Spaces. And, with Spaces lookup, you can also begin to understand the public metadata and metrics associated with an active Space,” said Bernardi.

They now show up for some users at the top of the mobile Twitter app if a user follows, only listening to a space.

They used to have to be hosting. You can hide this activity from your own account through the settings menu. It also updated its API so that third-party apps can point users to Spaces.