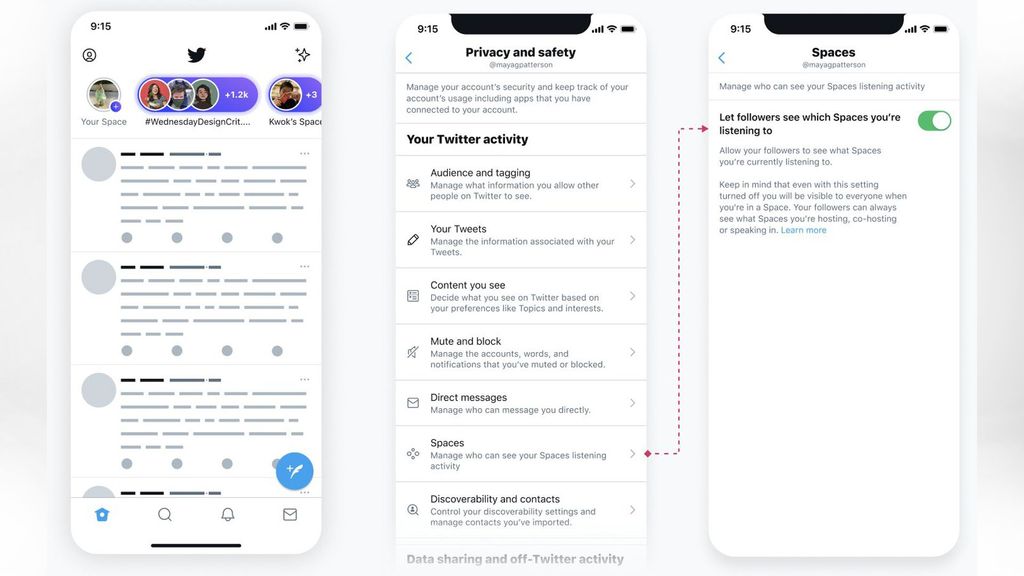 WASHINGTON — Micro-blogging site Twitter has been experimenting with a way to make it easier to find “Spaces” that users might be interested in. “Spaces” is Twitter’s “Clubhouse”-like audio chat rooms feature to have live audio conversations.

Right at the top of their timelines, some users on iOS or Android will now be able to see if someone they follow is listening in on a “Space,” as per the official Spaces Twitter handle.

“We’re experimenting with ways to help you discover more Spaces. For some of you on iOS and Android, if someone you follow is listening to a Space, you’ll see it at the top of your timeline. You can control who can see your listening activity in your settings. Send us your thoughts!” Spaces said in a tweet.

Previously, it only showed “Spaces” from people a user followed and hosted the social audio rooms. Now, users might also see when somebody they follow is turning into one.

Suppose a user does not want their followers to know what “Spaces” they are attending. In that case, they can turn that off by navigating to the “Settings and Privacy” menu, then “Privacy and Safety,” and then toggling off the option to “allow followers to see which ‘Spaces’ they’re listening to.”

Turning this off would not hide a user’s presence inside “Spaces,” though. If they are attending a “Space,” the people in the room with them will still be able to see that they’re there.

Last week, Twitter added another way to make “Spaces” more discoverable by making it easier for other apps to point to it.

“With the Spaces lookup and Spaces search endpoints, we hope to enable developers to build tools and solutions that help people on (and off) Twitter find interesting and relevant Spaces more easily. This will also benefit Spaces Hosts by making their conversations more discoverable and bringing more engaged listeners into their Spaces.”

The company is also continuing to iterate on the experience of being in a ‘Space,’ adding the ability for ‘Spaces’ hosts to designate up to two co-hosts earlier this month, as per a media report.

The post Twitter Boosting ‘Spaces’ By Enabling Users To See Which One Of Their Friends Are Attending appeared first on Zenger News.