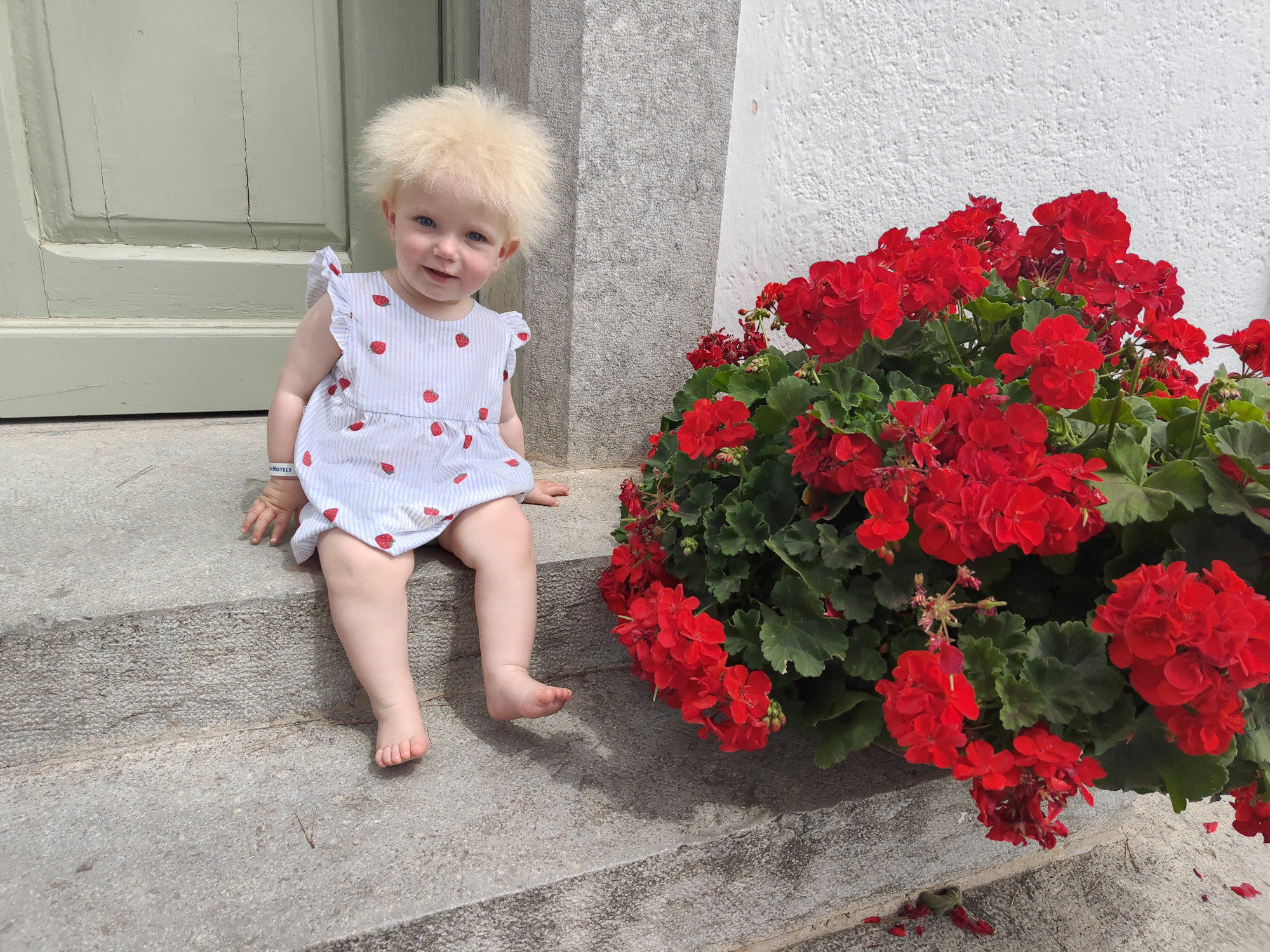 A toddler with an epic mop has been diagnosed as one of only 100 people in the world with ‘Uncombable Hair Syndrome’.

Layla Davis, aged just 17 months, has blonde locks that defy all attempts to comb them straight.

It is a condition that is characterized by dry, frizzy hair that cannot be combed flat.

UHS develops in childhood, often between infancy and age three but can appear as late as twelve.

Children who develop it tend to have light-colored hair – and there are only around 100 cases in the world.

Charlotte said it has earned Layla nicknames like Boris Johnson and Albert Einstein.

She said: “She was fluffy from when she was about one and then after that it started growing more and more outwards.

”I think I was in denial and kept saying it was going to go flat.

“I am really proud to get the diagnosis because it’s so rare, part of the reason I delayed getting her tested for it is because there’s only one hundred people with it in the world – the chances of having it are so slim.

“I don’t know if it’s because other people ruffle and touch her hair but she’s started doing it herself.

”I have a little boy who is two and has noticed his hair isn’t the same and sometimes he will stroke his hair and then her hair.

“I don’t think she realizes how awesome it is.

”I just want her to grow up and know it is awesome even though she looks different to other people.”

The condition is also known as spun glass hair and usually improves over time – normally by adolescence.

Layla lives with Charlotte, her father Kevin 35, and her brother in Great Blakenham, Suffolk, in the United Kingdom.

Uncombable Hair Syndrome is a “rare disorder of the hair shaft of the scalp”, according to the U.S. Genetic and Rare Diseases (GARD) Information Center.

GARD, which is a program of the National Institutes of Health (NIH), the U.S. medical research agency, also says on its website that the condition “is usually characterized by silvery-blond or straw-colored hair that is disorderly; stands out from the scalp; and cannot be combed flat.”