This Guy is Kung-Fu Lighting 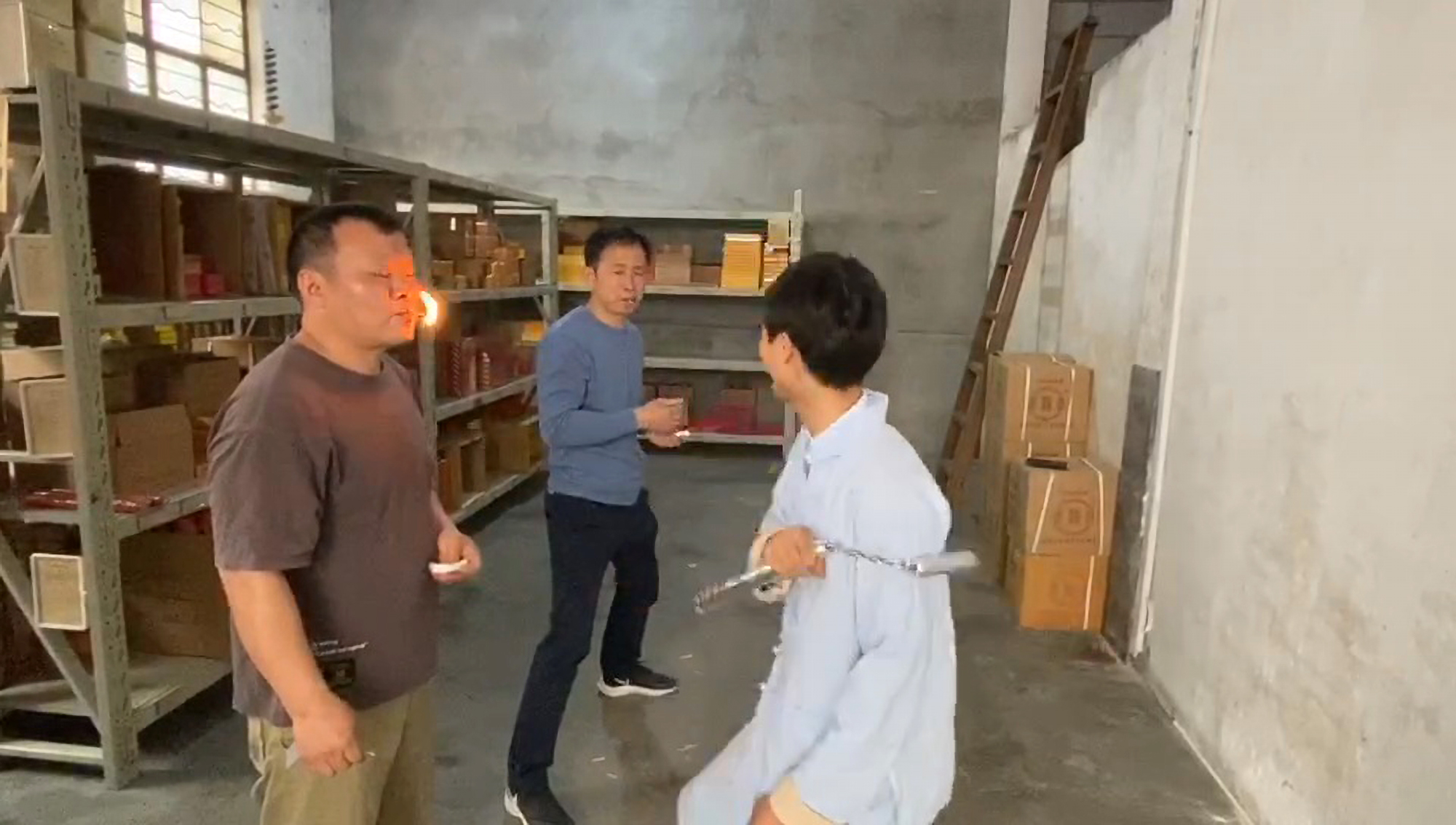 Shanghai martial arts master Xie Desheng has claimed his fifth Guinness World Record, lighting 21 matches in one minute with a pair of nunchaku. Xie, 27, who describes himself as a follower of the legendary Bruce Lee, is a nunchaku specialist originally from Guangdong province in south China.

“Using nunchaku to set another Guinness World Record is an homage to my beginnings,” said Xie, who has been training with the martial-arts weapon for 11 years and now lives in Shanghai. Nanchaku—also known as nunchucks—consist of two hardwood sticks tied together with rope or chain.

His latest feat took place March 7 in Shanghai, and he received a certificate from Guinness’s London headquarters last month verifying it is a world record. His other feats to make “the big book” are two records in extinguishing candles with nunchuka (52 in a minute on June 26 2019, followed by 70 in a minute in December of that year); hitting the most table-tennis balls in a minute with a nunchuka (32, in December 2019);  and for the fastest time to unscrew 10 bottle caps with a nunchaku (34.80 seconds in January of this year).

Xie said his latest feat was a long time in the making and was challenging both physically and mentally. “I was already training for it when I started practicing for the table tennis record in 2018,” he said. “I had already thought of setting a Guinness record for lighting matches back then, but I never told anyone because I knew how difficult it would be. The surface area of a match is much, much smaller than a ping pong ball. So, the toughest parts about this most recent challenge is firstly having to ensure the safety of my assistants, but then also lighting the actual match. The challenge is psychological because of the risk of injury.”

As for what inspired him to do the stunts, he points to a TV ad he saw in which a Bruce Lee impersonator performed the same feats—with the help of special effects.

“What was showing in the advert was not possible to achieve because it wasn’t real, so I decided to set these records using real kung fu, with no computer-generated imagery and no post-production trickery,” he said. “Everyone sees CGI these days, so it was important for me that viewers experienced the real thing. What you see on a screen may not be true, but what you experience in person is always true.”

His next goal is to set a Guinness World Record on the Great Wall of China, which he sees as the ultimate symbol of Chinese history and tradition. However, he’s keeping mum for now on details of the stunt.

The post This Guy is Kung-Fu Lighting appeared first on Zenger News.