Taking A Battering: A Classic Diner Meal May Be Off The Menu After Fish And Chips Triples In Price 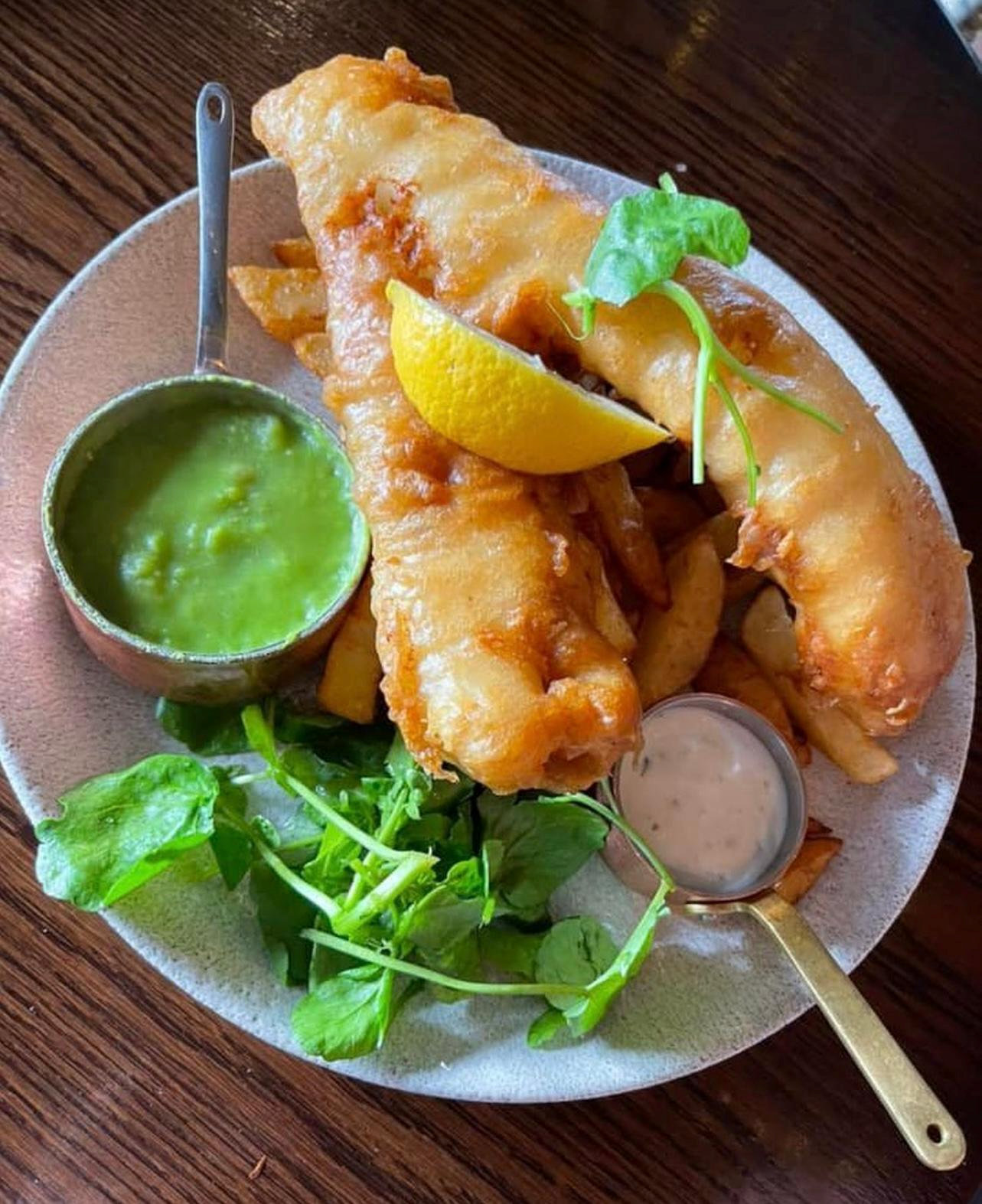 British pub crawlers lament that a classic meal could soon be cast off the menu after fish and chips tripled in price since the start of the year – and is now more expensive than fillet steak.

Landlord Alex Cook, 40 says the cost of the pub stable has taken a battering since the Russian invasion of Ukraine and fears pubs will no longer be able to afford to sell it.

Alex said he has been forced to charge around 24 British pounds or $30 for the meal after the price of cod rose from 9 pounds or $11 per kilo at the turn of the year to around 29 pounds or $35 per kilo.

He has even encouraged hungry customers to visit the local diner instead if they want fish and chips, which is Brits’ second favorite pub meal after a Sunday roast.

And he believes it could soon drop off menus altogether – as he claims even exclusive fillet steaks are now cheaper to list for many bar and restaurant owners.

He said: “I do think at this cost to us, cod and chips is no longer a humble dish. It’s a real, real treat and perhaps it hasn’t got a place on a pub menu.

“We certainly won’t be able to serve cod all the time. We just can’t do it.

“We’d have to price it about 24 pounds [$29], and that just doesn’t offer any value for money for any customers.

“Something got to give or the whole industry will implode on itself.”

The UK imports 30 percent of its whitefish from Russia, which controls 45 percent of the global market, and it is facing shortages of Ukrainian sunflower oil.

“A lot of our cod comes from Russia, and there always has been a shortage of cod in British waters, hence why we’ve been trying to protect it for so long.”

Alex let pub-goers know that he wasn’t going to serve cod and chips anymore by placing a note at his menu, which directed them to visit their local fish-and-chip shop instead.

He said: “I put a little note saying please go to the fish and chip shop three miles down the road from where we’re based instead.

“One of my best friends who has got chip shops who is feeling the pinch a little bit more than me, because I can obviously offer alternatives.

“We’ll make use of our specials board. But in terms of a battered fish product – we’ll keep scampi on the menu – but we won’t be able to serve cod all the time.”

Alex said the rising fish cost is just one of several price hikes that were affecting his pubs’ profits after a difficult few years for many in the industry.

He said: “The oil that we cook the fish in has also doubled in price, so it was 20 pounds, it’s now 42 pounds.

“You’ve got to remember the last two years is horrendous because of the pandemic. So the reserves that were once in the bank for businesses no longer exist.

“Gone are the days where you can have two or three bad months and it’s absorbed by the business.

“Smaller pubs than myself will just crumble within months. Somebody needs to stand up and say something. It’s never been as bad.”

The post Taking A Battering: A Classic Diner Meal May Be Off The Menu After Fish And Chips Triples In Price appeared first on Zenger News.