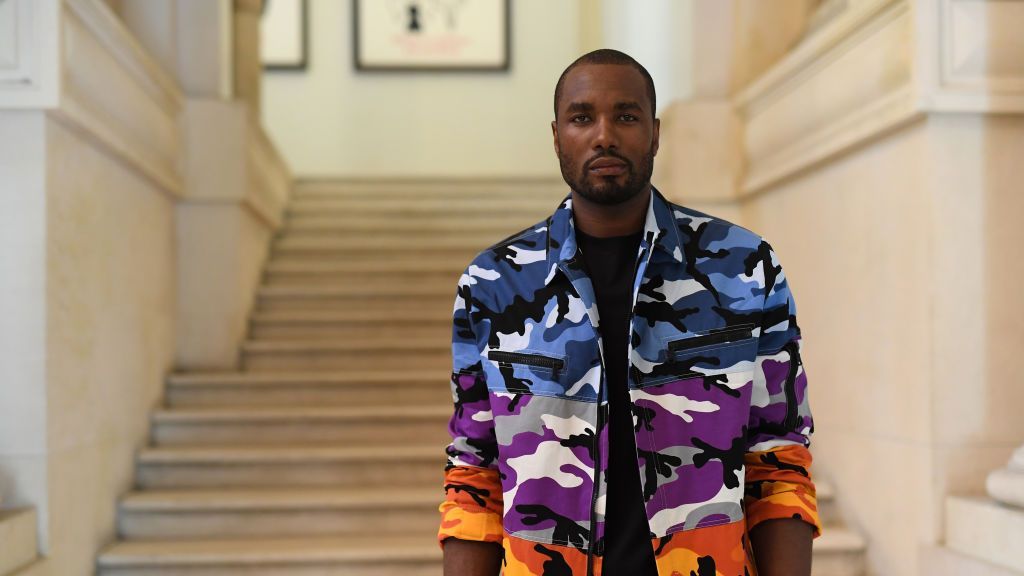 It’s not every day that a defending NBA champion loses its starting center and doesn’t miss a beat, but like its superstar Giannis Antetokounmpo, the Milwaukee Bucks have long proven to be successfully unorthodox.

From the drama surrounding Ben Simmons and James Harden, to the struggles of the Los Angeles Lakers and the New York Knicks, there have been a number of interesting storylines to focus on this NBA season.

The defending champs not skipping a beat, though? It’s not a headline that would necessarily sell newspapers, so the Bucks have managed to somehow fly under the radar.

So has the team’s acquisition of Serge Ibaka.

Ibaka is obviously still trying to find himself after undergoing back surgery last June but, thus far, the returns have been positive. The Bucks hope it only gets better from here.

Last season, Milwaukee found success with Lopez serving as the team’s starting center — he started all 70 of his regular season appearances and each of the club’s 23 postseason contests. He’s missed all but one contest this season yet, somehow, Milwaukee arrived at the 65-game mark this season at 40-25, just one game off of last season’s 41-24 pace.

Slowly but surely, Lopez managed to make the adjustment that bigs like Roy Hibbert and even Dwight Howard were unable to — he managed to maintain himself as a low-post offensive threat while becoming a willing and respectable floor-spacer. While it may not be imperative for a team in the NBA to have a center who can shoot, it sure makes it easier to create problems for opposing teams — particularly when the team features a slasher like Giannis.

Giannis is obviously an all-world talent and all-time great player, but nobody’s betting on him to overthrow Karl-Anthony Towns as the reigning best shooter among the league’s big men. Lopez figured out how to thrive alongside Giannis and executed his assignment nearly flawlessly. The same can be said of Bobby Portis, who has emerged as one of the league’s feel-good stories.

At 26 years old — now in his seventh year — Portis is playing for his fourth team. He was a key reserve on the Bucks’ title team last season and has responded to being nominated as Lopez’s replacement in the starting lineup by putting forth career-best numbers.

In 57 appearances this season (including 52 starts), Portis is averaging 15.5 points and 9.1 rebounds per game, both career highs. He’s also connecting on 41.5% of his three-point looks. His mark from distance is less than last season’s 47.1%, but due to his career high 28.9 minutes per game (and the additional repetitions he’s getting as a starter), his shot volume from deep has more than doubled.

That he’s been able to almost maintain his proficiency on more than twice as many attempts is an accomplishment.

Whether Lopez is able to completely return to form remains to be seen but, in case he’s not, Serge Ibaka is a hell of an insurance policy.

Ibaka, it should be pointed out, is still busting off some of the rust that accumulated after he — like Brook Lopez, coincidentally — underwent back surgery last June. Nonetheless, the early returns have been positive, and there’s reason to believe that, in the long run, Serge will be able to return to being at least a proficient version of his old self. From a basketball standpoint, he provides many of the same gifts as Portis and Lopez, so it’s no wonder the Bucks had interest.

In nine appearances thus far in Milwaukee, he has shown flashes. Whether he can fully regain his footing is a question which will certainly have implications for the Eastern Conference championship, but Serge was actually showing signs of life even before the Clippers dealt him to the Bucks.

Since Jan. 1, Ibaka has connected on 37.5% of his 3-point looks and has recorded three double-doubles. He’s only started seven games in that timeframe, though, and few teams would argue that a reserve big man with championship experience and those attributes wouldn’t be an asset.

Milwaukee did give up three players to land Ibaka — Donte DiVincenzo, Semi Ojeleye and Rodney Hood — however, DiVincenzo became somewhat redundant with Pat Connaughton and Grayson Allen each commanding playing time in the back court (Connaughton suffered a significant injury after the trade, but the point stands). Neither Hood nor Ojeleye played heavy rotation minutes.

Together, none of the three necessarily addressed an area of need for the Bucks — the same couldn’t be said of Ibaka.

In the end, the Bucks hope they will have ended up buying low as Serge rounds into form and channels the same energy he had as a member of the Raptors’ 2019 championship team.

Together, the hope is that he can help Portis and Lopez form a three-man platoon of veteran bigs who know what it takes to win a championship, but also possess the attributes necessary to excel alongside Giannis and Khris Middleton.

Thus far, in nine games, Ibaka is averaging 6.9 points and 6.0 rebounds in 20 minutes per game, but more important is the fact that Milwaukee is 6-3 in those contests.

Through 65 games, although the personnel has changed a fair bit, the Bucks have pretty much looked exactly like the team that they were last year.

With Ibaka now in tow, they’ve increased their odds of having this season end just as last season’s did — with the Bucks on top.