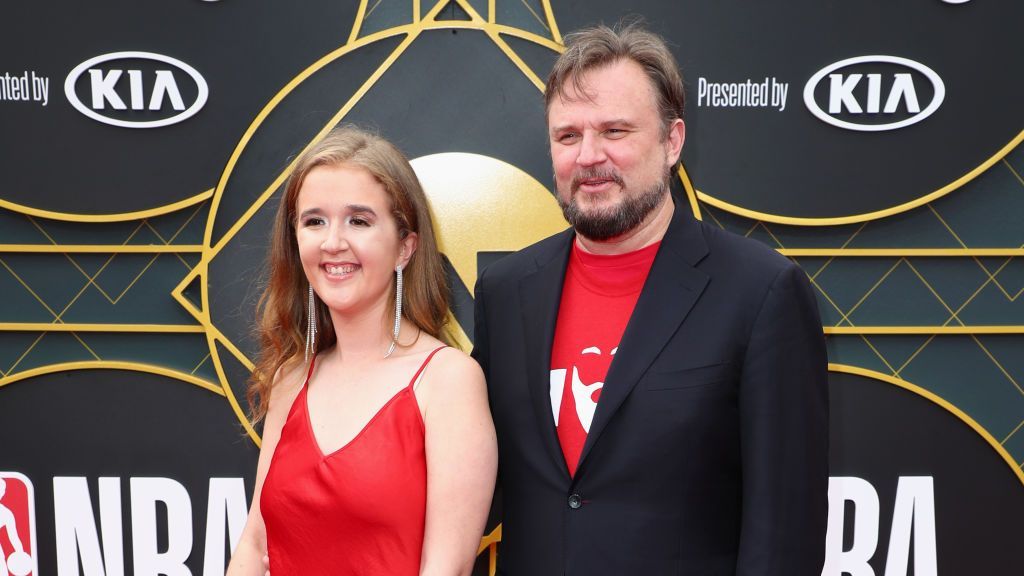 Morey saw something in Harden that others missed, and he empowered his new superstar to become the face of the Houston Rockets. When diving into Harden’s advanced-metrics portfolio during his three seasons in Oklahoma City, the Rockets’ former GM realized that Harden could potentially put up star-like numbers if given more of a primary offensive role. In short order, Harden accomplished that lofty goal while making himself one of the most unique, dynamic scorers in modern NBA history.

Now, in a completely new situation as the head of basketball operations for the Philadelphia 76ers, Morey is making another eccentric push for excellence with Harden as a cornerstone. Kudos to Morey, because he won his longstanding battle with former No. 1 pick Ben Simmons.

After a disastrous end to last season, Simmons decided he would never play a single minute for the Sixers again — even with four years remaining on his rookie-scale max extension. Six months and around $20 million in fines later, Simmons is now a member of the Brooklyn Nets and Morey landed his most-coveted star once again.

Forming a potentially historic offensive duo with Joel Embiid and Harden, Morey didn’t shy away from the Sixers’ new expectations for 2021-22 and beyond. Philadelphia’s window to win a championship is right now, and he’s confident in that occurring within a wide open Eastern Conference.

“Doc [Rivers] and the coaching staff and the players have put us in a spot where, as we make this trade, we are well-positioned to go on a run — and a run that hopefully excites the city of Philadelphia,” Morey said during Harden’s introductory press conference. “We wanted to give up nothing. But you have to give up something to make a trade and get a Hall-of-Famer and a player that can put us into a different tier of competing. We’re very comfortable.”

Morey’s strategy has always revolved around star hunting. It began with the gamble on a young Harden, but the Sixers executive has also pulled off deals for Dwight Howard, Chris Paul and Russell Westbrook in hopes of finding Harden the perfect running mate. However, the Harden-Embiid duo probably has the most potential, and this could finally be the pairing that allows Morey and Harden to fulfill their ultimate goal of hoisting the Larry O’Brien trophy.

“The way this league works, you have to get players the caliber of a James Harden to pair with a Joel Embiid and Tobias [Harris],” Morey said. “You can win without it. But you look historically in the league, you’re looking at pretty long odds if you don’t have two great players of that level of play out there.”

Again, Morey has pushed his chips into the middle of the table for Harden. It paid huge dividends a decade ago, but what about now in Philadelphia? This move will paint the next chapter of Harden’s legacy, but Morey’s as well.

In the Eastern Conference, there are plenty of scenarios that could unfold between now and the NBA Finals. Only 3.5 games separate the No. 1 seed from No. 6 right now. After the All-Star break, it’ll be an all-out sprint for home-court advantage in the playoffs. The Miami Heat, Chicago Bulls, Milwaukee Bucks, Cleveland Cavaliers, Boston Celtics, Brooklyn Nets and Philadelphia 76ers could all put up a fight for the East’s throne.

Who’s to say a Harden-Embiid combination can’t make it all the way? Especially with Tyrese Maxey and Matisse Thybulle flanking this new star duo, Philadelphia could have the right balance of ingredients when play ramps up to even higher levels.

This is the biggest gamble of Morey’s career, but it’s also the move he’s been yearning for ever since he took over the Sixers’ front office in 2020. Now, it’s time to see if his longstanding approach will finally pay off with the ultimate prize.