Report: ‘Increased Buzz’ That Caris LeVert Could Get Traded To Cavs 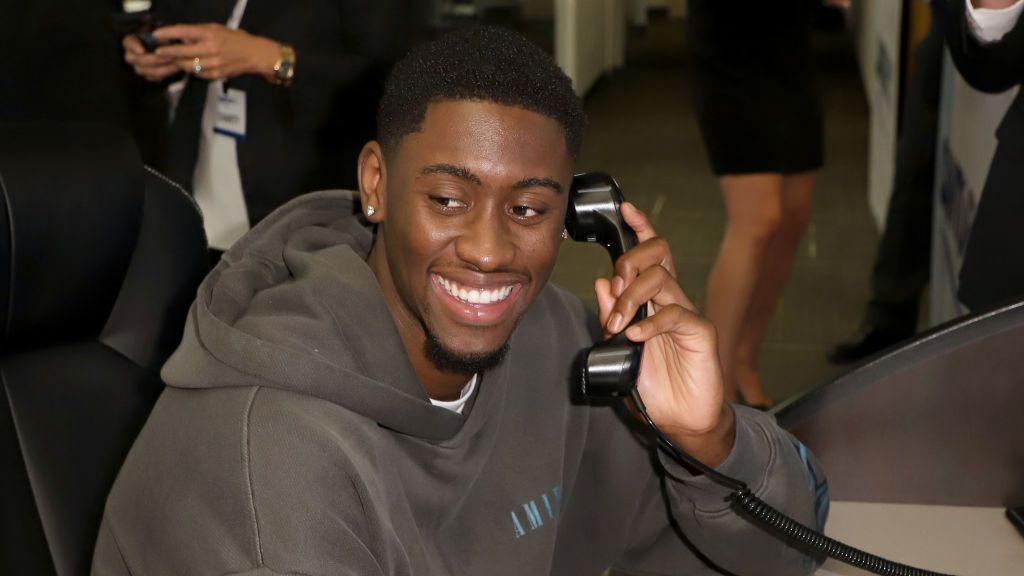 In early December, it was reported that the Indiana Pacers were seriously considering a rebuild and listening to offers for Domantas Sabonis, Myles Turner and Caris LeVert among others.

LeVert seems like the most likely to be traded of the bunch, and he has garnered interest from various teams in recent weeks. The Cleveland Cavaliers reportedly expressed interest in the 27-year-old earlier this month, and apparently those talks are picking up steam.

“Buzz that Caris LeVert could end up as a Cleveland Cavalier has increased recently,” writes Eric Pincus of Bleacher Report.

If a deal does go down, Pincus says that Cleveland would likely be sending Ricky Rubio’s expiring contract to Indiana as part of the deal (for cap-matching purposes). Rubio tore his ACL and is out for the remainder of the season.

Pincus adds that “it’s unclear whether the Pacers covet Collin Sexton,” who is also out for the rest of the season due to a torn meniscus. Perhaps Indiana would be interested in acquiring Sexton before he hits restricted free agency this offseason.

LeVert joined the Pacers last January as part of the four-team blockbuster trade that also sent James Harden to the Brooklyn Nets, Jarrett Allen to the Cavaliers and Victor Oladipo to the Houston Rockets.

The trade may have saved LeVert’s life, as a small cancerous mass was discovered on his left kidney during his post-trade physical. LeVert needed surgery to treat renal cell carcinoma of his kidney, which limited him to 35 games last season.

Ever since LeVert popped up as a possible trade candidate, people immediately started speculating that the Cavaliers could be a perfect landing spot for him. Hours after the bombshell report about the Pacers dropped, our Evan Sidery mentioned Cleveland as his favorite potential destination for LeVert:

“Although the Cavs are in the same division as Indiana, they immediately popped up as my best-case scenario in a potential LeVert deal. Not only would LeVert be able to slide in at shooting guard in the short-term replacing Collin Sexton — who is sidelined with a torn meniscus — but he also fits Cleveland’s long-term puzzle alongside Darius Garland, No. 3 overall pick Evan Mobley and potential All-Star center Jarrett Allen. LeVert is an ideal score-first complement to the gigantic frontcourt duo that is wreaking havoc on opposing offenses around the rim. From the Pacers’ point of view, the Cavaliers have a former top-five pick in Isaac Okoro who seems like an ideal roll of the dice and trade sweetener. Okoro is a strong, defense-first wing, but his offense still isn’t developing at the rate Cleveland had hoped. Okoro’s fit with the Cavaliers’ core is clunky, so swapping him out for LeVert is a major win for 2021-22 and beyond.

“Cleveland throwing out an offer to Indiana revolving around Okoro, Cedi Osman and a lottery-protected 2022 first-round pick has to at least lead to serious discussions. Osman is salary-filler with a contract only guaranteed through the 2022-23 season, but he’s a solid shooter who can provide wing minutes off the bench. It’s hard to peg LeVert’s overall value, but a former top-five pick and a first-round pick make up a solid baseline and, honestly, this feels like the most realistic scenario as well. Cleveland is surprisingly in win-now mode, and LeVert adds a much-needed jolt offensively.”

The post Report: ‘Increased Buzz’ That Caris LeVert Could Get Traded To Cavs appeared first on Zenger News.