Pipelines A Pipe Dream? Keystone XL Cancellation Is A Story Of Transition 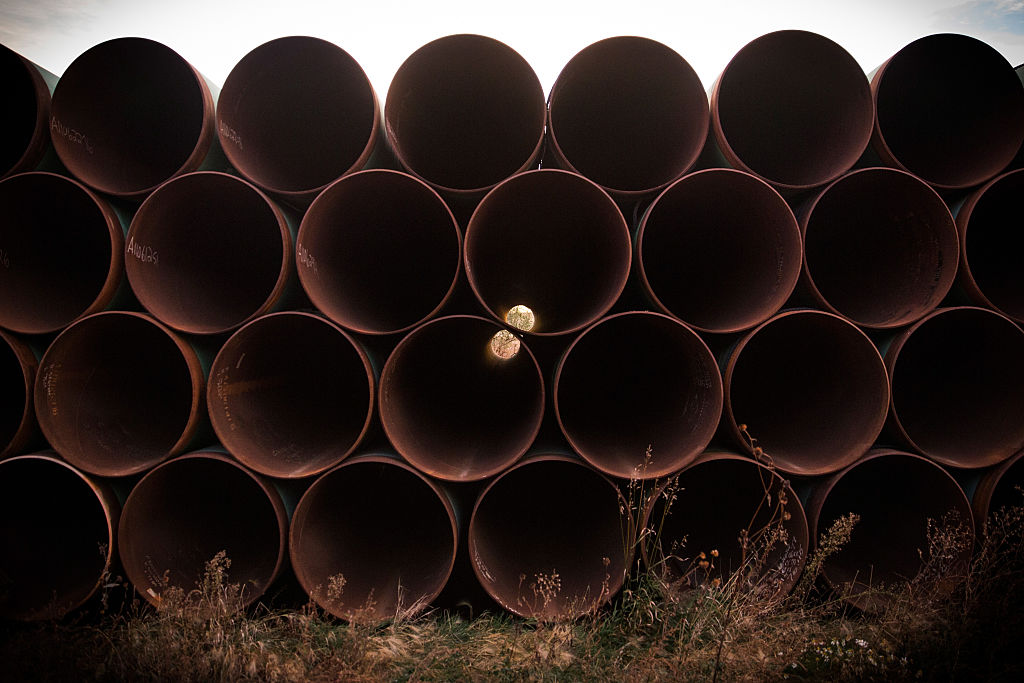 A decision to abandon the Keystone XL oil pipeline leaves Canada with an export problem, analysts said, but it may be a broader sign of an inevitable energy transition and evolution.

In one of his first acts since taking office, President Joe Biden rescinded a permit for the cross-border Keystone XL pipeline, a long-planned artery that would take Canadian and North Dakota crude oil to the U.S. Gulf Coast for export.

Six months later, pipeline developer TC Energy said it was abandoning the project and dissolving its multi-billion-dollar partnership with the provincial government in Alberta, which became a major investor in the project last year.

“We invested in Keystone XL because of the long-term economic benefits it would have provided Albertans and Canadians,” Alberta Energy Minister Sonya Savage said. “However, terminating our relationship with TC Energy’s project is in the best interest of Albertans under current conditions.”

While Keystone XL is dead, several other pipelines potentially face the same fate. An Enbridge pipeline, Line 5, is the target of opposition in Michigan, which is mulling legislative action to shut it down. The Dakota Access pipeline, carrying oil from the Bakken shale field in North Dakota, is a scapegoat for the environmental community.

Patrick DeHaan, the lead petroleum analyst for GasBuddy, said from Chicago that, without pipelines, oil suppliers may turn to rail instead, which is not necessarily a safe alternative. In 2013, 47 people were killed in Ontario when a train carrying crude oil derailed and exploded in the town of Lac-Megantic.

“I don’t think many people really understand the reliance we have on pipelines for providing the products the market demands,” he said.

For the U.S. oil and gas industry, the American Petroleum Institute said it was unfortunate that “political obstructionism” led to the death of the project.

“Pipelines are the safest, most efficient way to transport the oil, natural gas and their products that schools, hospitals, factories and emergency vehicles use every day,” Robin Rorick, the institute’s vice president of midstream and industry operations, told Zenger News.

Even U.S. Energy Secretary Jennifer Granholm — who was sworn into office in February — has said that pipelines are preferred for the transportation of fossil fuels. And a recent survey from polling firm co/efficient found that among some 2,700 respondents, 60 percent said they felt pipelines were the safest and best way to transport energy products.

For the Canadian Association of Petroleum Producers, the decision to scrap the project is an obvious disappointment, not only for energy matters, but for the economy as well.

“Canada must continue to develop greater market access for our resources,” producers President and CEO Tim McMillan said in response to emailed questions.

The United States relies more on Canadian oil than any other country in the world, and much of that is refined into petroleum products like gasoline. Without that, the United States would be forced to look to overseas producers, undermining energy security.

For the week ending June 4, the U.S. government reported that Canada exported about 3.97 million barrels of oil per day. The second-largest exporter for the week, Mexico, sent only 423,000 barrels daily to the United States. Russia, one of the top U.S. adversaries, accounted for about 256,000 barrels daily of all the oil imported into the country last week.

Denton Cinquegrana, the chief oil analyst at the Oil Price Information Service, said Canada clearly has an export problem given the dwindling options to expand its market reach, as McMillan said. Yet, even without Keystone XL, Canadian exports to the United States were close to a record last week.

“But how much would be going on Keystone XL to the Gulf Coast, loaded on a ship and going elsewhere?”  Cinquegrana wondered. “We’ll never know the answer to that hypothetical question.”

TC Energy, meanwhile, added that it was exploring the alternatives, saying it had “$7 billion of projects under development, and numerous additional initiatives aligned with its risk preferences and return criteria across its business lines and geographies.”

DeHaan at GasBuddy said it may be easier just to retrofit lines that are already running. Pipeline company Enbridge is looking to replace portions of pipelines that currently reach the United States and could increase the capacity of the lines at the same time. That, DeHaan said, would be a far easier alternative to building new ones.

“No new refineries were built in 40-plus years, but existing ones all expanded and modernized,” he said. “Expect pipelines to do the same — far less red tape.”

That could provide an opening for a cleaner future as oil and gas companies rely on existing infrastructure. Some so-called energy supermajors are changing their tune, too. In 2018, Norwegian energy company Statoil changed its name to Equinor, saying it wanted to remove “oil” from its moniker. This year, with a goal of reaching net-zero emissions by 2050, French supermajor Total rebranded as TotalEnergie to align with the transition underway in the energy sector.

With Keystone XL off the table, TC Energy said it too was focusing on a cleaner future, as did the Canadian oil and gas lobby.

“Canada’s natural gas and oil industry has an important role to play in providing lower-emissions energy and is committed to ongoing innovation to improve environmental outcomes,” McMillan said.

With a long history of opposition and support, the Keystone XL pipeline story, it seems, is one of evolution.

(Edited by Matthew B. Hall and Bryan Wilkes)

The post Pipelines A Pipe Dream? Keystone XL Cancellation Is A Story Of Transition appeared first on Zenger News.