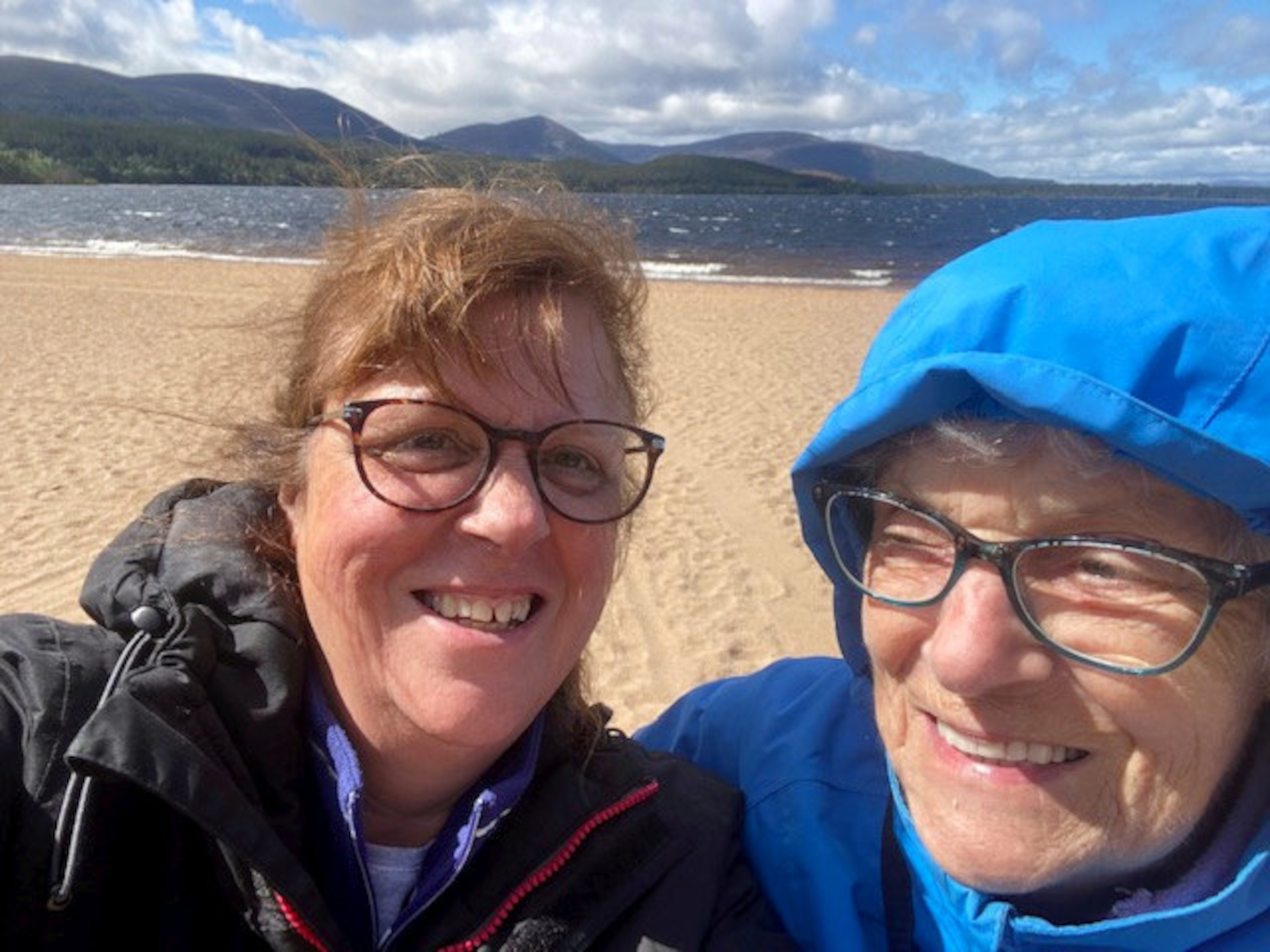 A pensioner who collapsed while hiking in the Highlands was rescued thanks to an emergency app – which led paramedics to her using just three words.

Anne Hodgson, 84, was on a birthday trip to Loch Morlich with her daughter Lynn Evans, 58, when she started having chest pains while they were walking.

Evans, from Bridgend, South Wales, in the United Kingdom, said the pair didn’t get far into the walk on May 18 before her mom, a great-gran-of-three, said she couldn’t go any further.

Evans thought the pains might be a side effect of issues with her mom’s blood pressure and quickly found a bench to take a rest.

But when gran-of-six Anne, from Whitby, England, sat down, she lost consciousness and started sliding off the bench.

Mom-of-one Evans called an ambulance and was able to give them her location using geocoding app ‘what3words’ which gave her the unique location code of ‘directs, whizzing, distracts’.

The emergency crew was able to immediately locate the pair with the three words and Lynn said they arrived amazingly fast.

Civil servant Evans said: “Before the pandemic, my mom had a wonderful 80th birthday trip planned with my brother which had to be postponed for obvious reasons.

“They tried to reschedule it multiple times over the last couple of years, but in the end their timings didn’t align, so I offered to take her to celebrate her 84th birthday instead.

“I live down in South Wales, and I drove up to North Yorkshire, where my mom lives, to pick her up.

“On the following day we made the six-hour drive to Loch Morlich.

“She has some ongoing health conditions, one of them being her blood pressure, so I made sure to organize reasonable activities that she could participate in, such as low-level walks.

“It was a gorgeous day in Loch Morlich, which we all know isn’t typical for the Highlands, so we felt very lucky to be taking this scenic walk on that particular day.

“We started off by the beach, and then we headed up a wooded path.

“We didn’t actually get very far along when my mom started to grip her chest and say ‘I can’t go any further, I can’t do it’.

“I thought this might be a side effect of her blood pressure issues, so we turned around and found a bench.

“I told her we could sit down and take a break, but when she sat down she lost consciousness and started sliding off the bench.

“I was trying to get her to come back around whilst holding her up on the bench, when I spotted four people who were taking in the views by the water.

“The people came over to assist me whilst I phoned for help.

“I rang the ambulance who were fantastic.

“They instructed us to keep my mom’s legs above her head, and one of the women was supporting her when she laid on a narrow bench.

“I assumed the ambulance knew our location based on the GPS coordinates and my vague descriptions of our surroundings.

“Myself and one of the gentlemen who was helping decided to run down to the Watersports Center to get help, and ensure the ambulance would be let in through the gated forestry road that my mom had collapsed along.

“Once we had left the area where my mom was located, the ambulance lost our GPS coordinates, and they specifically requested a what3words address.

“The gentleman I was with called his wife who was helping my mom, and she provided the three-word address, ///directs.whizzing.distracts.

“We told the ambulance, and immediately they said ‘I know exactly where you are’ and they arrived there amazingly fast.”

Hodgson was taken to hospital where medics did tests and found a problem with her heart – but she was later released.

Evans said she had heard of what3words and seen an ad for the app on TV but didn’t think she would ever need it.

She has now downloaded it and told pals to do the same – and said Hodgson was very impressed when she found out about it.

Evans said: “It’s strange, until something like this happens, you don’t necessarily think about escape routes, but now I see how important it is.

“Before the incident I had heard of what3words and seen the television ad, but didn’t think it was something I would need.

“Now I’ve done some research, and I have it downloaded and have told my friends to do the same.

“I told my mom about it, she seemed well impressed, although I don’t know how much she actually understood.”

The post Pensioner Who Collapsed While Hiking Was Rescued Thanks To An Emergency App appeared first on Zenger News.