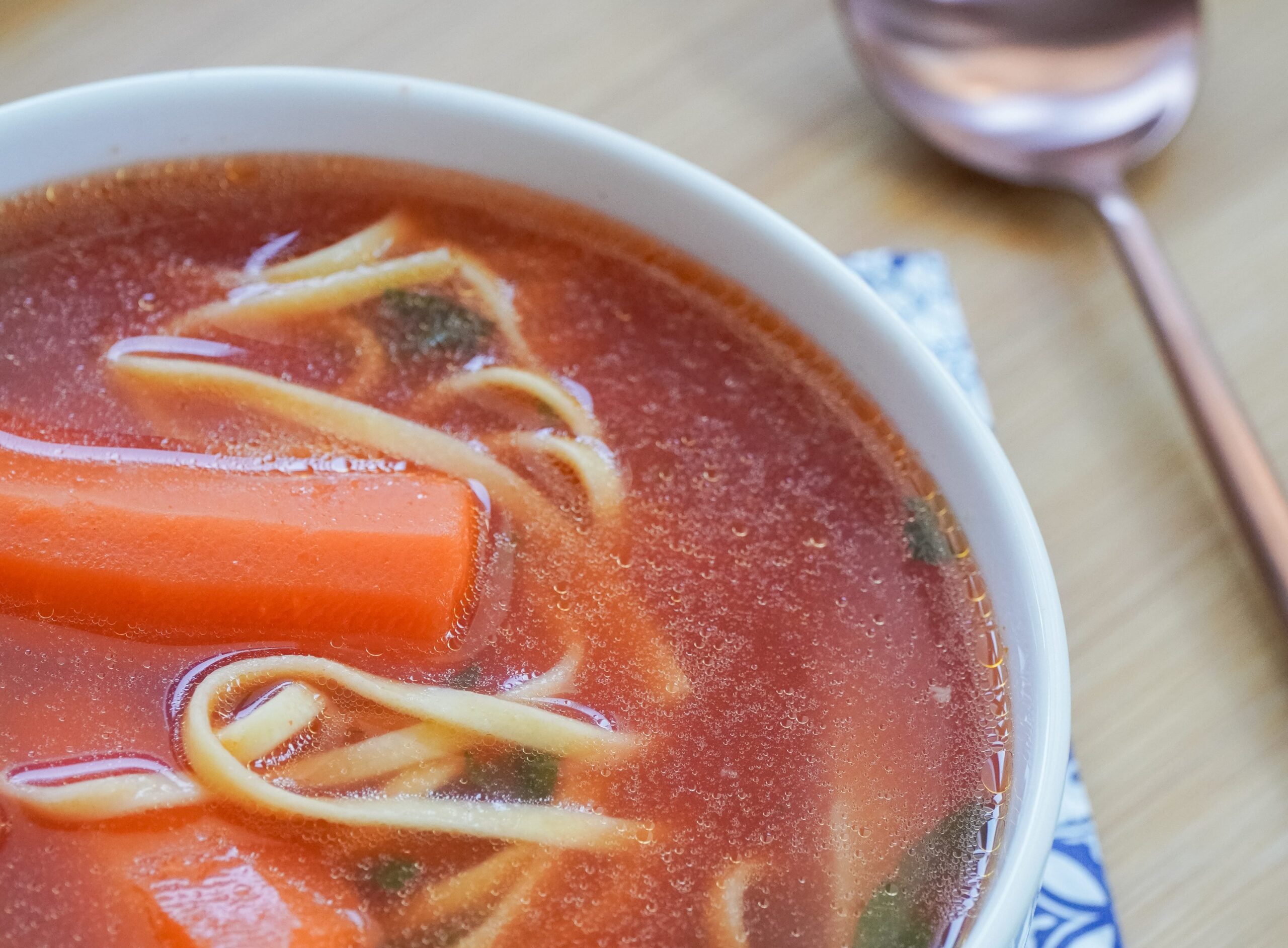 For Mexican families, mealtime is one of the most exciting moments of the day. It is a daily ritual that usually consists of several dishes.

Before the main course, many families serve pasta soup. Some housewives choose to make these soups to satisfy every family member and highlight the main course’s protein.

“It is a rule in my household that I always serve some pasta soup. It can be ‘macaroni,’ ‘alphabet,’ ‘balls’ or any other type of pasta soup,” said Sara Portocarrero Castro, a 59-year-old housewife from the city of Veracruz. “It can be served alongside some beans. If I do not make any soup, I feel as if something is missing from the dining table.”

Inexpensive restaurants that specifically cater to blue-collar workers, called Fondas, often offer pasta soup. These places usually sell three-course combo meals, consisting of a soup, a main course and a dessert. Pasta soups are an easy appetizer option when it comes to serving a lot of people.

“It is not a complex dish to make, as the only needed ingredients are a bag of pasta, salt and water,” said Joaquín Ordaz Muñoz, a graduate in gastronomy, noting that pasta is sold in many shapes and sizes so that it can please anyone.

To make Ordaz Muñoz’s favorite pasta recipe, the pasta must first be fried. Then, make a sauce out of blended tomato, onion, and garlic.

“Add a teaspoon of powdered chicken to the tomato sauce and then pour it into the fried soup. Then stir the soup, and add water as needed to make it look like a broth and not watery. And voilá, a hot soup plate,” said Ordaz Muñoz.

The seasoning can vary from soup to soup with different ingredients to better adapt it to the family’s taste. Furthermore, this inexpensive dish can be made more nutritious by adding chicken, vegetables, cheese, onion, herbs or tortilla strips.

Some chefs make the pasta soup with the beef or chicken broth leftover from other meals instead of water.

“Serving soup as an appetizer is essential since it is the first wave of hunger relief,” said Ordaz Muñoz.

Pasta soups are also given to sick family members, as it is an infallible home remedy for colds and stomach infections. Eating a bowl of soup rehydrates the body and provides salt and minerals lost during sickness.

There are many ways to prepare the dish, but the basic recipe is the most common.

Pour oil in a pot and fry the pasta without burning it for approximately 10 minutes. This step can be left out to make a healthier dish, but the pasta will take a longer time to cook, and the flavor will be different.

After that, blend the tomatoes and onion with the bouillon cubes and some water. Add the sauce is to the pot alongside water and bring it to a boil. In another small pot, cook the vegetables and then add them to the broth when it is boiling. Cook for a few more minutes and serve it in a bowl.

(Translated and edited by Mario Vázquez. Edited by Carlin Becker)