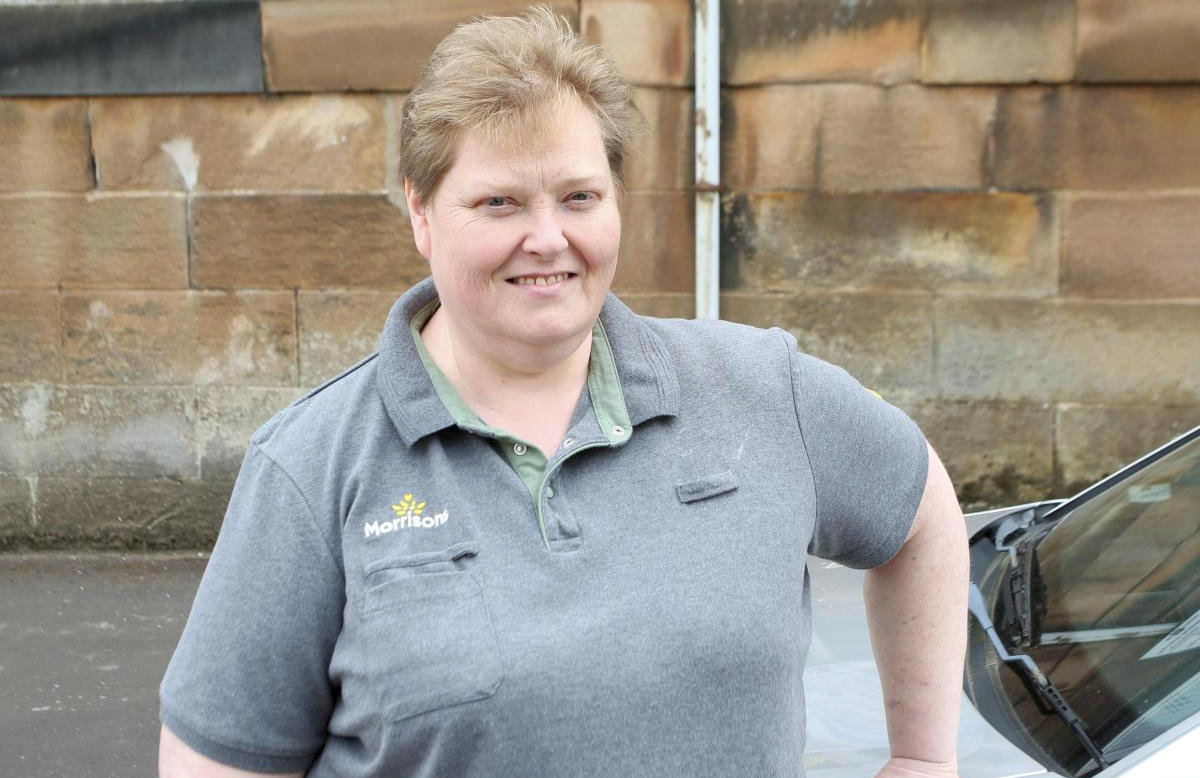 A supermarket worker has been blocked from being able to park outside her own home – after being rejected for a permit on the street where she has lived for 25 years.

Geraldine McGuinness, 54, has been battling with the private firm that deals with the town council’s residents’ parking system after she was knocked back for a permit.

Geraldine, who lives with her husband, said despite applying in time and providing all the required documentation, only one of their two applications was approved.

While the non-approved car had a permit last year, it was not rolled over.

Geraldine, from Greenock, located in the Inverclyde area, Scotland, said she was unable to get assistance from the council.

Instead, she was referred to the third-party company that issues permits on behalf of the local authority.

Geraldine said: “I’ve been back and forth for weeks, from before the permit was up, trying to get it renewed.

“I had no issue with one of our vehicles, but for some reason they just would not accept the other.

“They didn’t even provide a reason for rejecting the application, I’ve been passed around different people who are all saying different things.

“It’s been incredibly frustrating, I’ve followed every step and uploaded everything I need to.

“I’ve spoken to the company multiple times and people were supposed to call me back, but I’ve had no luck.”

Geraldine said not having the permit means she runs the risk of being fined for parking on her street, despite qualifying for an exemption.

She said: “I don’t understand why I haven’t had the issue resolved, it’s certainly not for want of trying.

“I’ve had no help in sorting this with either Inverclyde Council or the third party company, who are based in Nottingham, and I’ve had enough.

“I know how to work with technology, but there may be people who don’t and will struggle even more than I have.”

A council spokesperson said: “No one should need to contact any other service to arrange a resident’s parking permit.

“The zones, criteria and application process are published on the council website and paper versions are available in local libraries.

“Any resident who meets the criteria can apply for up to two permits per household.

“We would urge anyone to apply online where they can at inverclyde.gov.uk/environment/roads-lighting/parking-inverclyde/residents-parking-permits and if they have any difficulties to contact the company administering these direct at 01604 625673 who will be able to check the application and advise on its progress or whether it meets the criteria.”