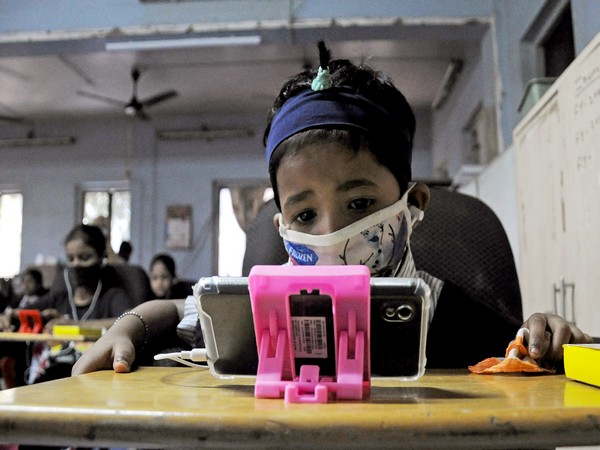 NEW DELHI — New research by India’s apex child rights body National Commission for Protection of Child Rights (NCPCR), has said that only 10.1 percent of children use their smartphones for online learning and education. However, 59.2 percent use smartphones for instant messaging applications.

“It is also interesting to note that 30.2 percent of the children of all age groups [8 to 18 years] already possess their own smartphones and use the same for all purposes.”

Titled as the Effects (Physical, Behavioral, and Psycho-social) of using Mobile Phones and other devices with Internet Accessibility by Children, the study said that 37.8 percent of 10-year-olds have a Facebook account, and 24.3 percent of the same age group have an Instagram account, as per the study.

The trend line of the percentage of children using their own smartphones has shown a steep rise from the age of 13 years onwards. However, that of children using laptops/tablets to access the internet is evidently stable across all ages.

“This can lead us to the deduction that parents/guardians are more willing to provide smartphones to their children from the ages of 12-13 years onwards as against a laptop or tablet,” the study said.

The total number of responses collected comprised 5,811 participants, consisting of 3,491 school-going children, 1,534 parents, and 786 teachers from 60 schools across six states in the country.

It was a nationwide study of all regions with 15 locations selected across three areas and 1,000 respondents per region, and stakeholders including schoolchildren, parents, and teachers.

Age distribution among all the children who participated in the study was also diverse, with the mean age of the child participants being 14.05 years, the median was 14 years.

The study also noted that there is a direct relationship between age and having a social media account.

“Use of mobile before sleeping leads to adverse impact on children like sleep disorders, sleeplessness, anxiety, and tiredness, etc.,” the study said.

The study showed 72.70 percent of teachers had no prior experience of using smartphones, around 54.1 percent believe that the use of smartphones in the classroom is “immensely or somewhat distracting.”

Experts working for early detection and prevention of internet addiction at the All India Institute of Medical Sciences Behavioural Addiction clinic said that parent’s supervision of their child is of paramount importance.

“Parents must introduce other life skills to children to ensure reduction in screen time,” the study said.