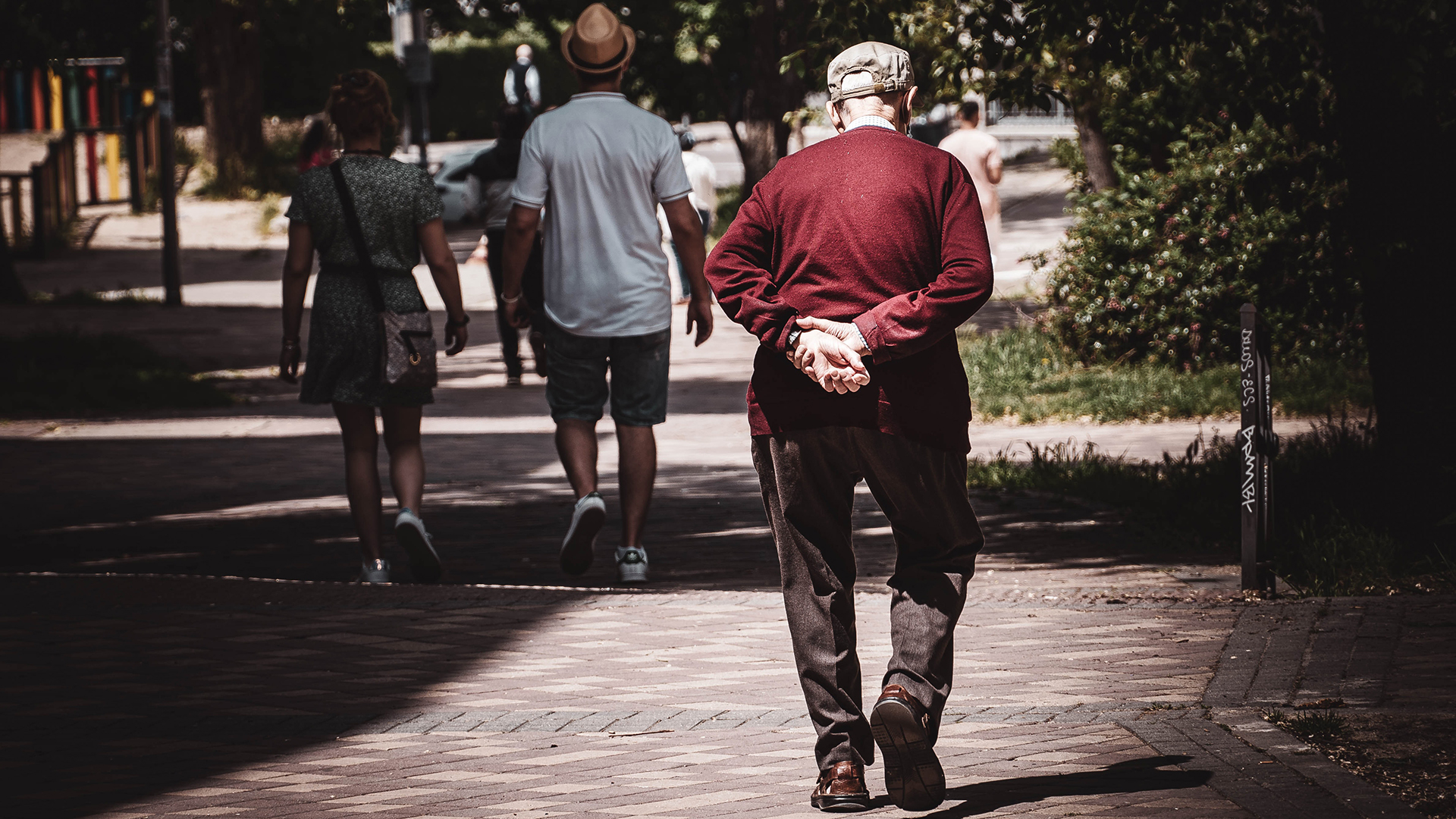 The findings of the study were published in the journal ‘Age and Ageing.’

The study was conducted by researchers at the Federal University of Sao Carlos (UFSCar) in São Paulo, Brazil, in partnership with colleagues at University College London (UCL) in the UK.

A slower gait is a natural outcome of the aging process, but mobility problems can result if the walking speed falls sharply.

Everyday activities such as crossing the street before the traffic lights change become increasingly difficult, and there may be a heightened risk of falling as well as a gradual loss of independence if the condition worsens.

“Our comparative analysis showed loss of gait speed occurring mainly when abdominal fat and weak muscles were associated,” said Tiago da Silva Alexandre, a professor at the Department of Gerontology, Center for Biological and Health Sciences, Federal University of Sao Carlos (CCBS-UFSCar), and last author of a paper on the study.

“Gait speed didn’t decline so sharply in older people who had only abdominal fat or only weak muscles.”

The study analyzed 2,294 individuals aged 60 or more who participated in the English Longitudinal Study of Aging (ELSA). FAPESP supported it via a Young Investigator Grant and a Ph.D. scholarship.

None of the participants had problems with mobility or gait speed when measurement began. Gait speed declined most in those with abdominal obesity and dynapenia in the ensuing eight years of monitoring.

As per Roberta de Oliveira Maximo, a Ph.D. candidate in UFSCar’s Graduate Program in Physiotherapy and the paper’s first author, the baseline gait speed for people in this age group without mobility restrictions was defined as 0.8 m/s (or 2.88 km/h).

“In the participants with abdominal obesity and muscle weakness, we observed a loss of 0.15 m/s in the eight-year period. At this rate, there may come a time when they can’t cross the street in the time allowed by traffic lights,” she said.

Another study published in 2017 and based on data from a different epidemiological survey showed that 97.8 percent of a sample of older people in São Paulo were unable to walk fast enough to cross the street while the pedestrian signal was green.

Called SABE and conducted by the University of São Paulo’s School of Public Health (FSP-USP), the study did not analyze the correlations between abdominal fat, weak muscles, and gait speed.

The UFSCar researchers noted that an accumulation of abdominal fat activates an intense inflammatory cascade, which consumes muscle mass and reduces strength.

“Hence the concept of dynapenic abdominal obesity, which we’ve been studying in our research group for several years,” Alexandre said.

“In previous studies, we found a correlation between these traits, which are very common in the population, and a heightened risk of falls, alterations to the lipid, carbohydrate, glucose and cholesterol metabolism, incapacity, and even death.”

“But this is the first study to associate them with mobility.”

Detailing the association between fat accumulation, weak muscles, and loss of mobility, Alexandre said that a decrease in subcutaneous fat and an increase in abdominal fat are normal as age increases.

“Abdominal fat is more common in men. In women, the fat tends to accumulate around the thighs and hips, but more fat also accumulates in the belly after the menopausal hormone drop. That’s when the inflammatory cascade occurs,” he said.

“The buildup of abdominal fat fuels inflammation, which consumes muscle mass and reduces muscle strength while also impairing neural control of the muscles. The outcome is a steady loss of strength and accumulation of fat.”

Therefore, for the researchers, health workers should measure abdominal fat and muscle strength in clinics and hospitals to predict loss of gait speed.

“Our aim in this study was to show the usefulness of this predictor for medical teams. A sizable number of elderly people have weak muscles and accumulated belly fat. Both can be corrected by exercise training and diet.”