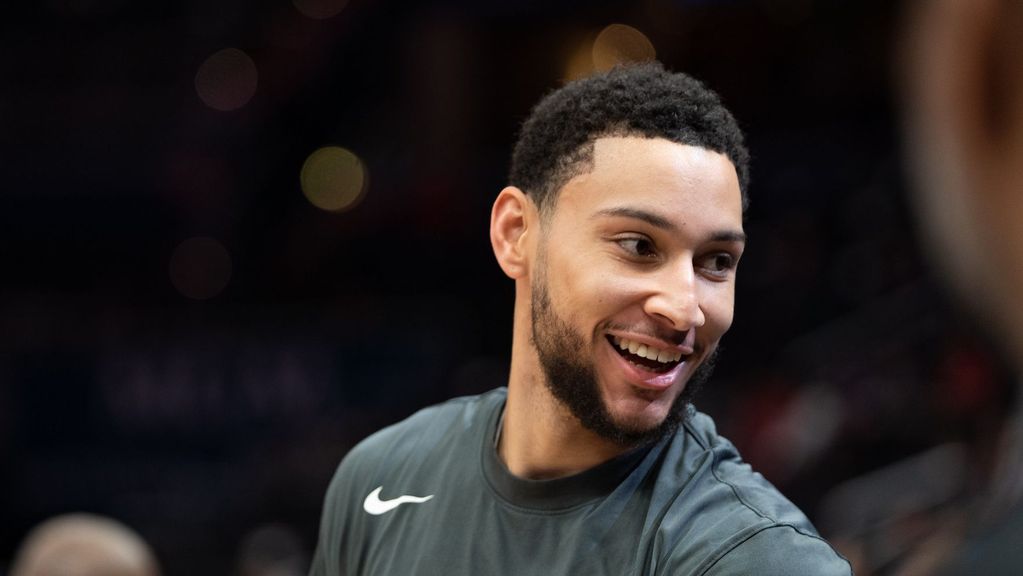 When Ben Simmons was selected with the No. 1 overall pick in the 2016 NBA Draft, the hope that was he could potentially be in the next line of generational, all-around superstars. LeBron James was even uttered as a comparison by some national prognosticators before Simmons suited up at LSU for his lone collegiate season.

The Philadelphia 76ers won the NBA Draft Lottery that year and paired Simmons with Joel Embiid, a duo that formed instant chemistry and shot them up the Eastern Conference standings soon after. Simmons had his faults, especially well-documented on the offensive end, but his unique strengths as a jumbo-sized playmaker and two-way engine made a potential ceiling outcome immense.

After a tumultuous ending to his five-year stint in Philadelphia — being publicly called out by Embiid and head coach Doc Rivers in the East semifinals — Simmons can finally see a light at the end of the tunnel.

On the court to properly optimize the talent of Simmons, the Brooklyn Nets are the best fit on-paper to bring out his special two-way potential. Alongside Kevin Durant and Kyrie Irving with the Nets, Simmons will enter as a moldable ball of clay who can play a multitude of roles. Simmons can not only run an offense setting up his superstar teammates, but he can also operate as a pick-and-roll threat rolling to the basket. On top of that, his speed for a near-seven-footer makes him a lethal weapon to deploy in transition opportunities, which will be plentiful in Brooklyn.

Picture Draymond Green during the Golden State Warriors’ championship years. He was the glue that kept it all together, as he still does today for their resurgent comeback. Simmons in Brooklyn being a fulcrum point within the Nets’ system is such a tantalizing idea when placed next to Durant and Irving. Not only can Simmons defend at an All-NBA level, but he can start scoring opportunities off the rebound with reckless abandon. Irving will quickly mesh with Simmons as well in three-man spots where pick-and-roll situations, plus a moving Durant, is on the table each possession.

It’s an exciting thought exercise to finally envision Simmons at his max levels, especially when two of his newest teammates are some of the greatest scorers ever.

In the playoffs against teams like the Milwaukee Bucks, Miami Heat and ironically enough, Philadelphia, Simmons will present real tangible issues consistently thanks to his new environment. Durant and a part-time basis Irving are going to make Simmons’ life a whole lot easier. Blending in with a pair of three-level marksmen compared to Embiid will finally place Simmons in a more palpable situation to tap into his multi-tooled impacts on a basketball court.

Thursday’s blockbuster involving James Harden and Simmons will always be remembered not only as a pivotal point in each of their careers, but for these respective franchises as well. With the Sixers going all-in to maximize a title window, Brooklyn remains on a similar path long-term, simply swapping out a high-usage guard for a low-usage superstar who can thrive in an enchanted role.

Let’s take a look now at the Nets’ potential new rotation, one that brings aboard more shooting and two-way versatility:

When the Nets are in the postseason, I expect to flip Simmons into a full-time center role, but it wouldn’t be surprising to see head coach Steve Nash utilize Aldridge at center with his floor-spacing capabilities.

Simmons is only 25 years old, and his true upside has fallen under the radar since his postseason disappearance. Buying into a more complementary role and admitting he’s not the star of the show will do wonders for him. Reportedly, Simmons has already spoken to Durant and is excited about his future in Brooklyn.

Through his five years on the court in Philadelphia, Simmons filled up the stat sheet, averaging 15.9 points, 8.1 rebounds, 7.7 assists, 1.7 steals on a 57.9% True Shooting percentage. The warts are instantly acknowledgeable in his game, but Simmons within the Nets’ ecosystem could be a long-term domino we look back on in the Association’s history books.

If Simmons recaptures his All-NBA form and settles in perfectly as Durant’s sidekick in his new home, the Nets will have made themselves a more chameleon-like team able to adapt in all-or-nothing postseason play.

Simmons has yet to reach his ceiling, and Brooklyn was forced to roll the dice with Harden’s malcontent; both moves could be a blessing in disguise down the road.

Who knows? Maybe Simmons is racking up triple-doubles on his own while being the bridge to an eventual new, fruitful era in Brooklyn post-Durant.