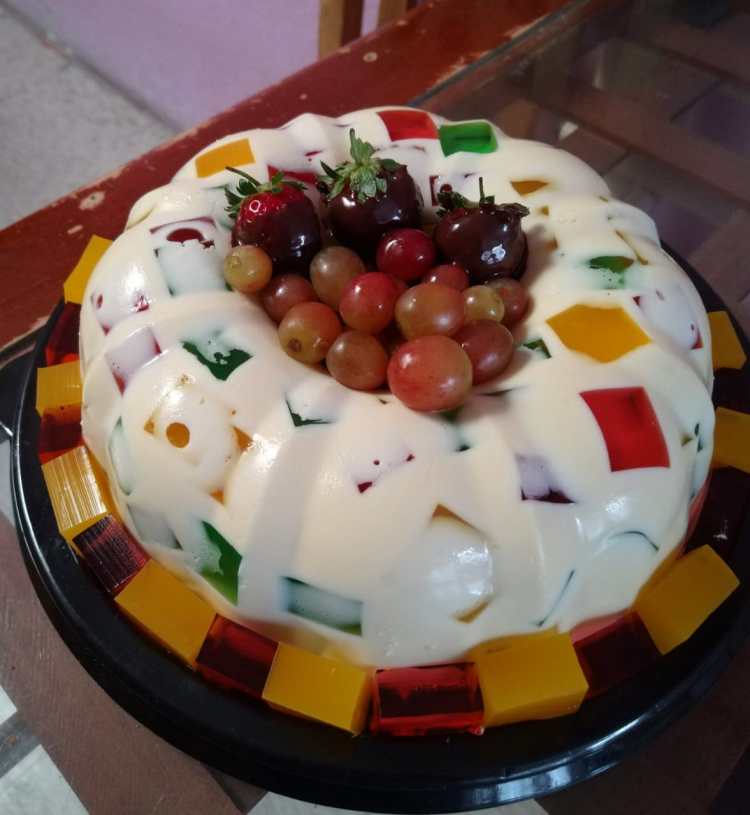 That is true for Latin Americans, who find in gelatin one of their most popular desserts. Latin Americans not only fall for its flavor, but they also enjoy its color. So, they often prepare mosaic jello as a way to please the eye and the palate.

“Mosaic jello is one of the simplest desserts to prepare and one of the best-known, not only in Mexico, but also in Latin America,” said Silvia Nicte-Ha, a gastronomy graduate from the Universidad Veracruzana.

Jello’s history goes back to 15th-century European cooks, who made the first gelatin base from boiled bones, hooves and tissues. They would strain the liquid, discard the bones, skim the fat and add flavor.

Making gelatin was expensive because it was a time-consuming process. However, the result was so yummy that soon the European nobility became fond of it.

The dessert arrived in the Americas during colonial times, when there was not an alternative process to produce gelatin. So, it remained a treat for the upper classes until the 19th century, when New York-born inventor Peter Cooper developed powdered gelatin, which was easier and cheaper to make.

“History marked it as an exclusive dessert, but today anyone can make it and enjoy it, regardless of their social class,” said the chef.

Due to its aesthetic and color combination, mosaic jello is a popular dessert in Mexican celebrations. It is easy to make at home. Bakeries, grocery stores and street vendors sell anything from complete jelly molds to individual cups.

To prepare this dessert, one mixes jello cubes with a sweeter gelatin base that could be strawberry, lime or milk. Some people add fruits to the mix.

“I really enjoy it,” said Cristina Rebolledo, a Mexican pensioner who eats the dessert often. “It is not as fast to make as other gelatins. … But despite its complexity, it is delicious.”

1 can of condensed milk

1 can of evaporated milk

“Dilute each of the flavor gelatins in two cups of hot water. Pour them separately into rectangular molds and refrigerate to set. Remove from the refrigerator and cut into cubes. Combine them in a lightly greased bundt pan,” said the Mexican chef, explaining that a little oil is enough to ease the process of removing the gelatin from the mold.

“Blend the condensed and the evaporated milk with the vanilla essence. Add, little by little, the previously bloomed gelatin. Pour this mix into the mold with the squares of gelatin and refrigerate until set.”

(Translated and edited by Gabriela Olmos. Edited by Carlin Becker)