Man Dances Away Weight And Loses Hundreds Of Pounds On TikTok 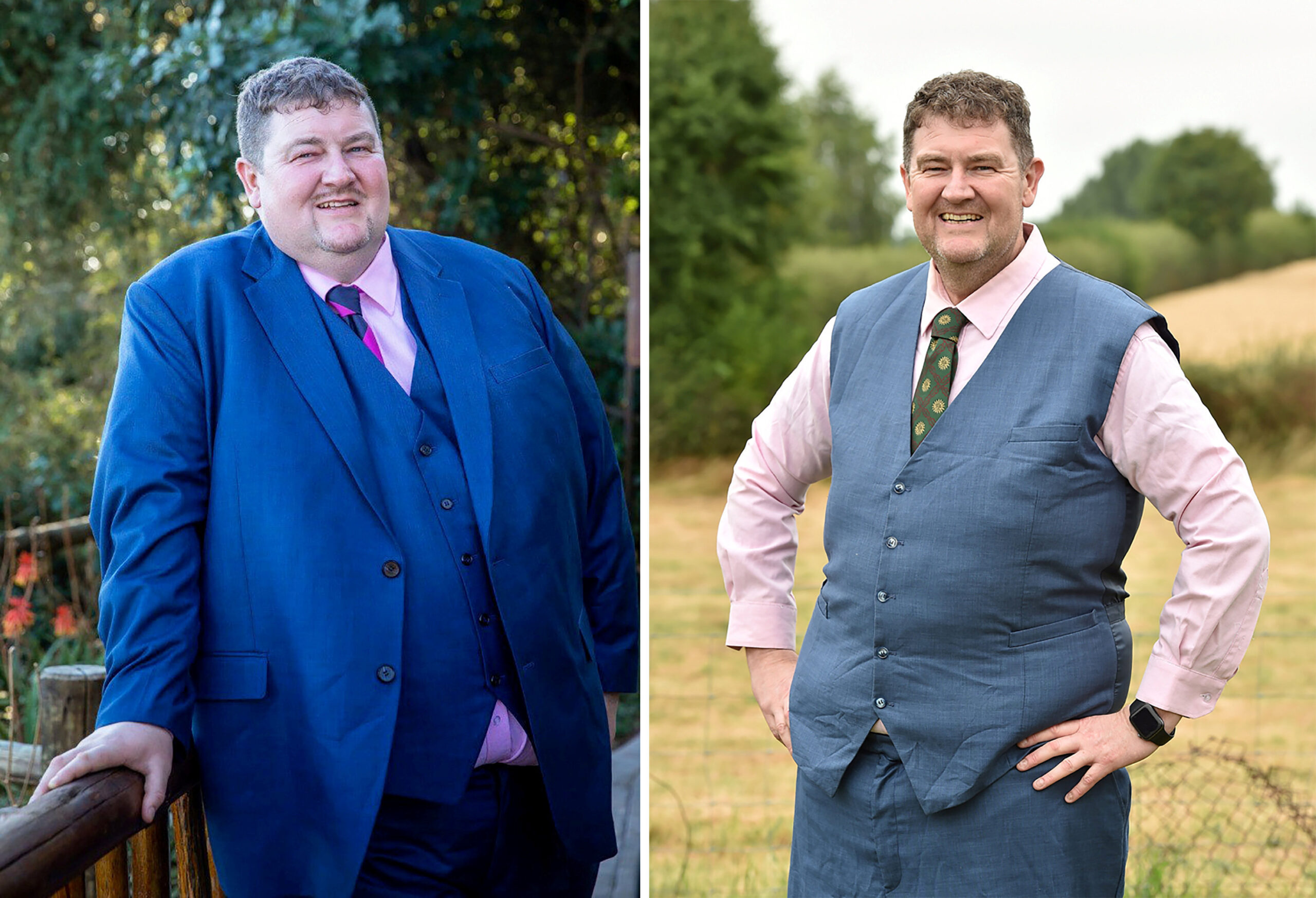 A dad who ballooned to 420 pounds munching on pizzas and drinking pints of beer has shed almost half his body weight – by dancing to TikTok songs.

Adrian Scarlett, 52, was so big he couldn’t even get a tape measure around his mammoth waist after years of binge eating.

The dad-of-four used to gorge on greasy kebabs, pizzas and cheese pies which he washed down with pints of Guinness beer and glasses of red wine.

The headteacher decided to take drastic action last year over fears he was “eating himself to death” and would not live to see his children grow up.

He set up a TikTok account last July to chart his weight loss and started posting videos of himself ‘dad-dancing’.

His hilarious videos on his ‘Bye Bye Fatman’ page went viral with millions of views and hits which spurred him to carry on getting healthy.

In just one year, Scarlett has shed 175 pounds to weigh 259 pounds and went down 7 clothes sizes.

Scarlett, from Hereford, in England’s west, in the United Kingdom, says he lost the weight through a combination of exercise and dieting with Slim and Save.

He now eats a strict diet of 1,500 calories a day and has cut out alcohol completely.

He said: “It’s very strange. I’ve been a big guy throughout my adult life.

“I was a binge eater, especially when I got stressed at work.

“I’d eat pizzas and kebabs and drink a few pints of Guinness and red wine at the weekends.

“It just piled on and the last year I just thought if I carried on the way I was going I would be eating myself to death.

“I want to see my kids grow up and I knew I had to do something, so just thought I’d go on TikTok to monitor my progress.

“I started dad-dancing and having a bit of fun and it all went crazy. One video got over a million hits and I’ve got 60,000 followers.

“The support I got from comments from people around the world inspired me to carry on.

“Because I’m still losing weight, probably some of it hasn’t sunk in yet.

“The loose skin is the obvious different change. I’m still adjusting and I may need surgery in the future if there is chafing.”

He said he has also been supported in his weight loss by his wife Debra, who is in her late 20s.

He added: “I’ve done this partly my wife and my children.

“Because my wife is considerably younger than me and the children are so young, I thought if I don’t lose weight I am unlikely to be there to see my children grow.

“Simple things like getting up off the floor and going upstairs was an ordeal at 30 stone [420 pounds]. Now I can do what normal people can do.

“I’ve always been a happy-go-lucky guy. I have a binge eating disorder, I realized it’s not a happy way to live.

“That journey of reflection of self-love and self-respect has led me on the journey.

“The knock-on effect is you get more respect. I see it in subliminal ways. People treat me differently.

“One example is job interviews. As soon as I walk through the door, my experience, my professional qualifications become secondary to my size.

“It’s something quite common for people who are bigger.”

The post Man Dances Away Weight And Loses Hundreds Of Pounds On TikTok appeared first on Zenger News.