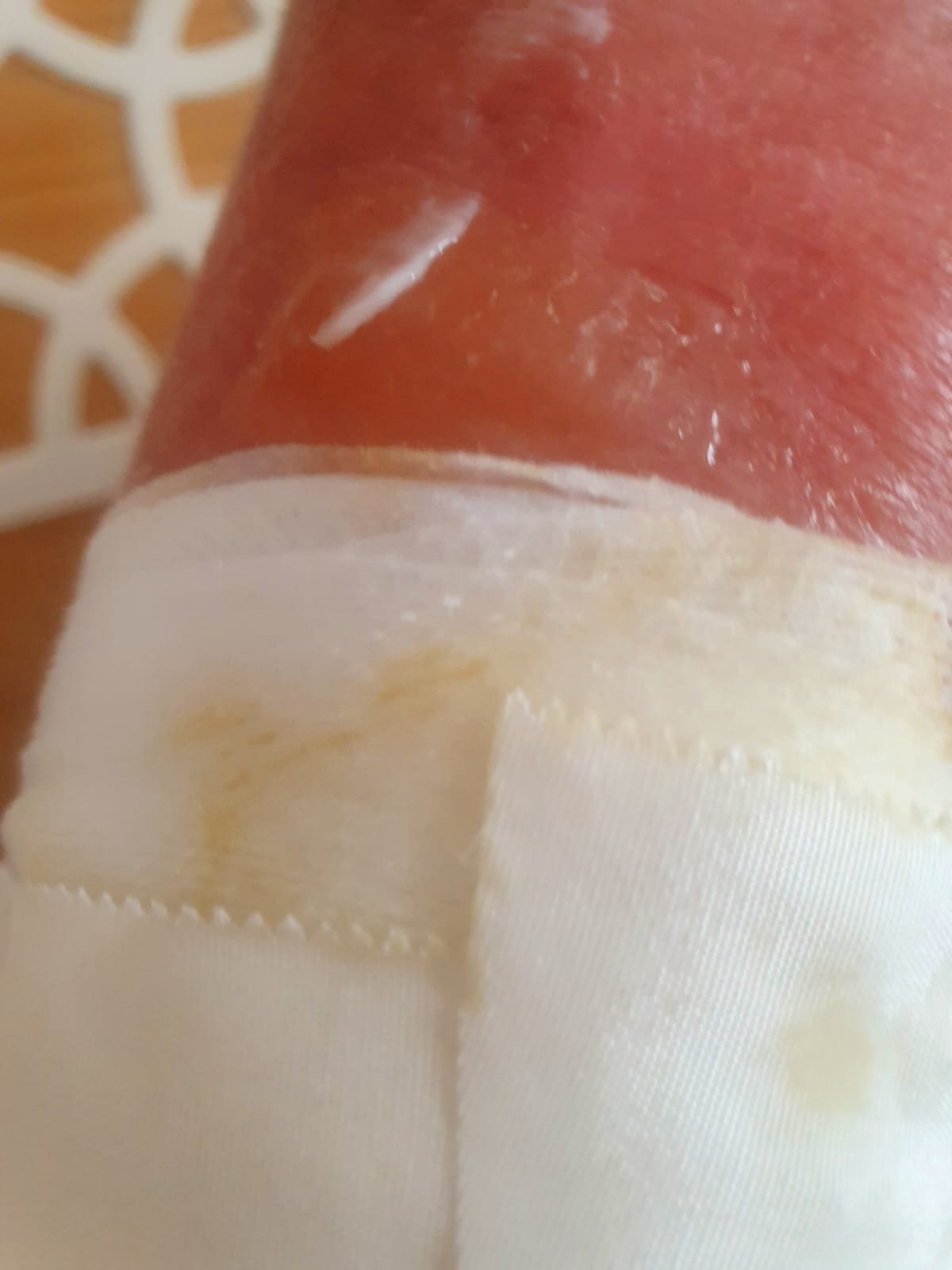 A schoolboy had his first vacation in three years ruined after his arms were left covered in painful blisters – despite generously applying factor 50 sunscreen.

Kainen Ellis, 11, had been enjoying the sun in Turkey with his family during his first vacation since 2019 – but it wasn’t long before his fun was ruined.

Despite being smothered in children’s factor 50 Nivea sun cream, poor Kainen was left covered in painful blisters – and had to spend the second week of his vacation hiding in the hotel room.

Mom Jessica Ellis, 35, claims he had to visit the doctors every morning where a nurse popped the blisters that had appeared all over his arms and shoulders, much to the little boy’s agony.

His brother Preston, eight, had used a different sunscreen, but wore the Nivea cream on his nose which quickly erupted in blisters as well, the mom alleges.

Jessica says she has been left heartbroken by what happened to her little boy – and is now issuing a warning to parents over using the sun cream.

Nivea said it takes safety complaints “extremely seriously” and is in touch with the family to find out what happened.

But stay-at-home mom Jessica, who lives in Retford, located in England, in the United Kingdom, with her partner Lee Tatt, 39, and her three children said: “I am disgusted with Nivea.

“He was covered in blisters, all over his arms and shoulders. He was in absolute agony.

“I was crying when I first saw the blisters, and now I’m heartbroken for my boys as it could scar.

“I won’t ever use the sun cream again – it’s a well-known brand and I’m just so disappointed.”

Jessica had flown to Turkey to stay at the Eftalia Splash Resort in Alanya, Antalya, with her partner Lee, their sons and daughter Primrose, 3, on July 1.

Joined by Jessica’s friend Chloe, her boyfriend and their baby, the family couldn’t wait for their first holiday since Covid hit after previously visiting Spain in 2019.

Jessica made sure to cover her kids in sun cream, and generously applied Nivea Kids Sun Cream Trigger Spray SPF50 to Kainen’s shoulders and arms.

Toward the end of the first week, Jessica noticed that Kainen’s upper body was becoming extremely red and sore, but thought that it was just a touch of sunburn.

It wasn’t until the morning of July 8 when Kainen woke up with painful blisters covering his arms and shoulders that Jessica realized just how bad he was suffering.

Jessica said: “He didn’t sleep that night, he was in agony, just rolling around in pain in his bed while we were all asleep.

“I left him in bed in the morning when we went downstairs for breakfast so he could catch up on sleep as he hadn’t slept at all.

“When I came back upstairs, he was stood in front of the mirror in a total panic as he could see the big blisters in his reflection.

“He had huge blisters all over his arms and shoulders, they looked so painful.

“I was crying and he was thinking about what could be the worse that could happen to him.

“I rang my partner and we rushed him down to the doctors at the hotel. We had to see the nurse every morning to pop the blisters as they just kept coming back.”

Kainen stayed in the hotel room for the entire second week of his vacation as his siblings, who had used different sun cream, got to carry on playing in the sun, Jessica says.

Flying back to the UK on July 15, Jessica took him to A&E where doctors redressed the blisters and told the mom to keep applying a cooling cream until the blisters have gone.

His skin has steadily improved, but Jessica fears her little boy could be left physically scarred by the ordeal and is urging parents not to buy the sun cream.

She said: “I am disgusted with Nivea.

“It says on the bottle that it protects you against getting burnt, but look what has happened to my boy.

“I didn’t use that sun cream on Primrose at all and she was fine. I used a little of it on Preston’s nose and that ended up blistered as well.

“Kainen didn’t want to leave the hotel room until the day we were going home as he was too embarrassed of what people would think.

“He was getting a lot of stares and people asking questions when we took him to the doctors every morning.

“I’m heartbroken for my boys as it could scar.

“It absolutely ruined the second week of Kainen’s holiday as he was enjoying himself before.

“I won’t ever use the sun cream again – it’s a well-known brand and I’m just so disappointed.”

A spokesperson for Nivea said: “As the World’s No.1 Sun Protection brand*, we are dedicated to developing products that reliably and effectively protect against sun damage. We take any safety complaint extremely seriously as consumer trust in the safety of our products is our highest priority.

“We are currently in contact with the consumer to understand more about what happened in this instance and to get relevant product information that will help our urgent investigation.

“We rigorously test each of our NIVEA SUN formulations and their labelled SPFs according to internationally standardized test methods at independent test institutes, so we can always ensure the consistent, high-quality efficacy and consumer safety of all NIVEA SUN products.

“We would like to stress the importance of regularly reapplying sunscreen and where possible seeking shade and covering up when spending time in the sun, especially between 11 a.m. and 3 p.m. when the sun is most intense.”

The post Kid Had His First Vacation In 3 Years Ruined By Extreme Sunburn With Painful Blisters appeared first on Zenger News.