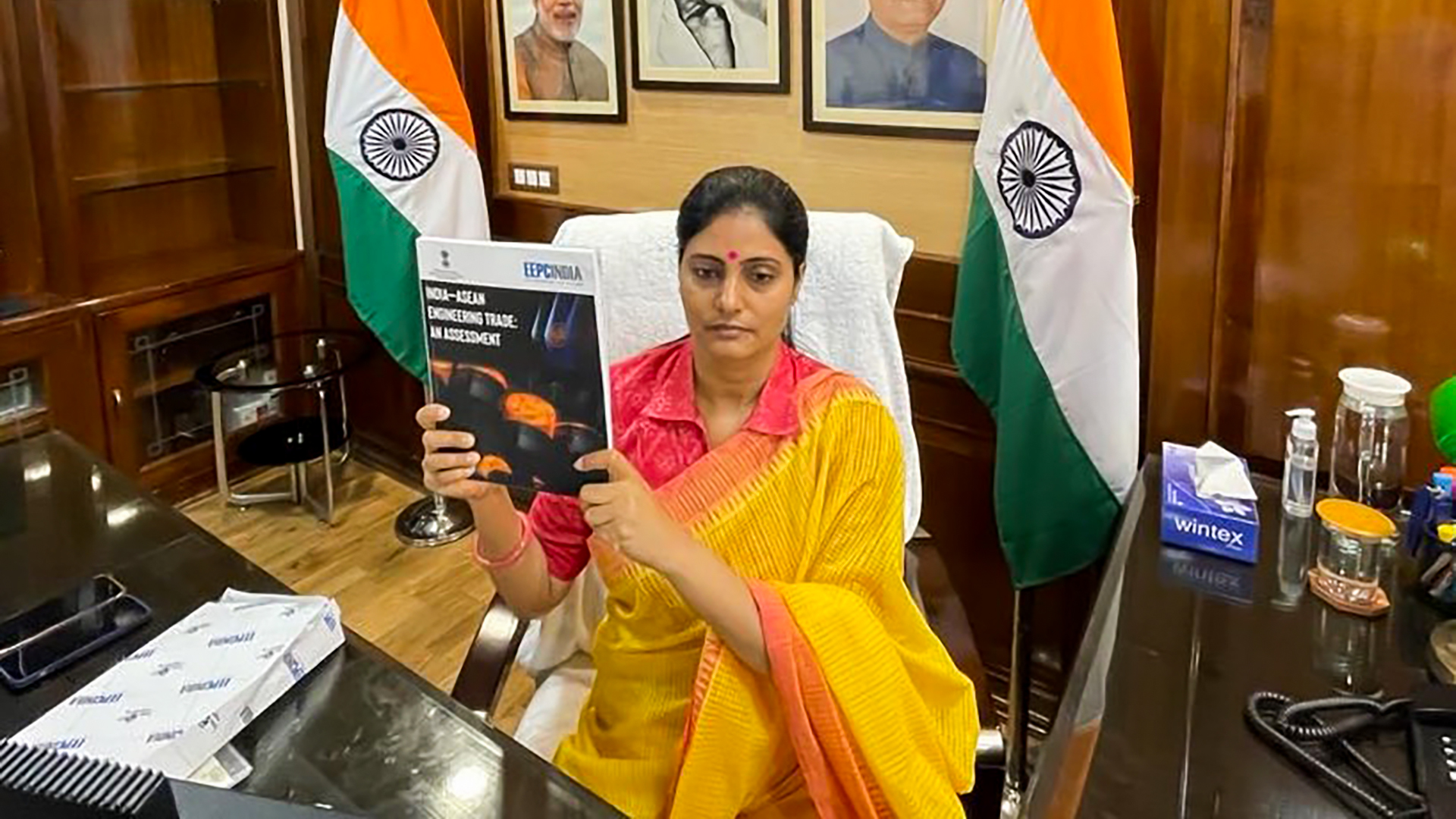 NEW DELHI — Anupriya Patel, India’s Union Minister of State for Commerce and Industry, on Aug. 23, said that India is expected to export $46 billion to the Association of Southeast Asian Nations in the financial year 2022.

“As one of the largest destinations for Indian exports, Association of Southeast Asian Nations will be an important region for India with an export target of $46 billion in meeting the global export target of $400 billion in the financial year 2021-22.” said Patel while addressing the inaugural session of the “India-ASEAN Engineering Partnership Summit.”

Patel, on Aug. 23, inaugurated the “India-ASEAN Engineering Partnership Summit” organized by the Engineering Exports Promotion Council with support from the Ministry of External Affairs and the Department of Commerce.

“Both India and Association of Southeast Asian Nations have a large share of the skilled population, full service, and manufacturing sectors, and many complementary sectors and products are available for greater cooperation,” she said.

“With a combined economy of approximately $5.8 trillion, there is significant potential for enhancing trade and investment partnership between India and Association of Southeast Asian Nations.”

Patel said that Prime Minister Narendra Modi has set a target of $400 billion of merchandise exports for fiscal 2021-22 and also envisioned a roadmap to achieve this milestone.

“As a part of the Atmanirbhar Bharat Abhiyaan, the Central government has recently approved the Production-Linked Incentive Scheme worth $26 billion covering 13 sectors, including electronics, pharmaceuticals, solar modules, specialty steel, automobiles, and medical devices for attracting investment and enhancing India’s manufacturing capabilities,” she said.

Supported by the Ministry of Commerce and Industry and Ministry of External Affairs, the four-day India-ASEAN Engineering Partnership Summit will see over 300 delegates from the Indian industry.

A sizable number of representatives from the Association of Southeast Asian Nations countries will also join the summit. The summit will also cover B2B meetings and interactions. The thematic sessions will cover various topics, including country sessions, emerging areas of cooperation like Industry 4.0, integration of Micro, Small & Medium Enterprises in the regional value chain.

The Government of southern India, Tamil Nadu, joined the event as “Partner State.” At the same time, the Government of the northern state, Haryana, was the “Focus State.”

This year is particular for both partners as it marks the 25th anniversary of the India-ASEAN dialogue partnership and ten years of the Strategic Partnership.

An E-Book on India-ASEAN trade and investment emphasizing the engineering and Micro, Small & Medium Enterprises sector was also launched during the inaugural session. The book covers several important aspects of enhancing bilateral trade and investment and provides exhaustive information on India and ten countries of the Association of Southeast Asian Nations.