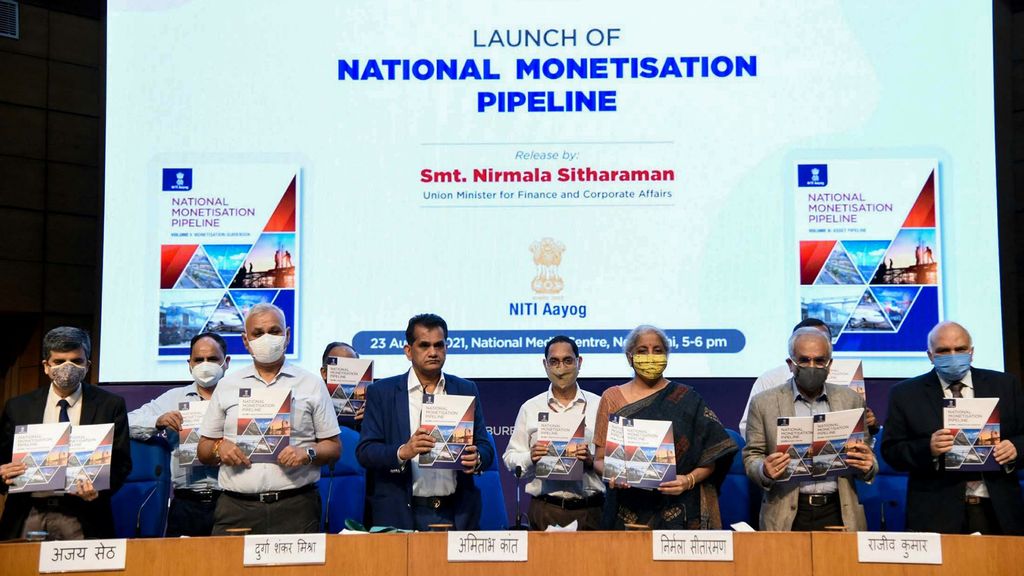 “National Monetisation Pipeline talks about brownfield assets where investment is already being made, where there are assets either languishing or not fully monetized or under-utilized,” said Nirmala Sitharaman, Union Minister of Finance.

“Asset monetization — based on the philosophy of creation through monetization—is aimed at tapping private sector investment for new infrastructure creation. This is necessary for creating employment opportunities, thereby enabling high economic growth and seamlessly integrating the rural and semi-urban areas for overall public welfare.”

The Finance Minister enumerated the reforms and initiatives undertaken by the current government towards accelerated infrastructure development and for incentivizing private sector investments.

“At this point, the list of assets that are coming are all the central government’s assets,” she said. “We are not talking about states.”

“It will (work) to unlock the value of investments in brownfield public sector assets by tapping institutional and long-term patient capital, which can thereafter be leveraged for further public investments,” he said.

He emphasized the modality of such unlocking, which is anticipated by way of structured contractual partnership against privatization or slump sale of assets.

“The National Monetisation Pipeline aims to create a systematic and transparent mechanism for public authorities to monitor the performance of the initiative and for investors to plan their future activities,” he said.

“Monetization needs to be viewed not just as a funding mechanism, but as an overall paradigm shift in infrastructure operations, augmentation and maintenance considering private sector’s resource efficiencies and its ability to dynamically adapt to the evolving global and economic reality.”

“New models like Infrastructure Investment Trusts and Real Estate Investment Trusts will enable not just financial and strategic investors but also common people to participate in this asset class, thereby opening new avenues for investment. Hence, I consider the National Monetisation Pipeline to be a critical step towards making India’s infrastructure truly world-class.”

As part of a multi-layer institutional mechanism for overall implementation and monitoring of the asset monetization program, an empowered Core Group of Secretaries on Asset Monetization (CGAM) under the chairmanship of Cabinet Secretary has been constituted.

The government aims to make the program a value-accretive proposition for both the public and private investors/developers through improved infrastructure quality and operations and maintenance. This aims to achieve the broader and longer-term vision of “inclusiveness and empowerment of common citizens through best in class infrastructure”.