How The Pandemic Launched A Vintage Toaster Restoration Boom 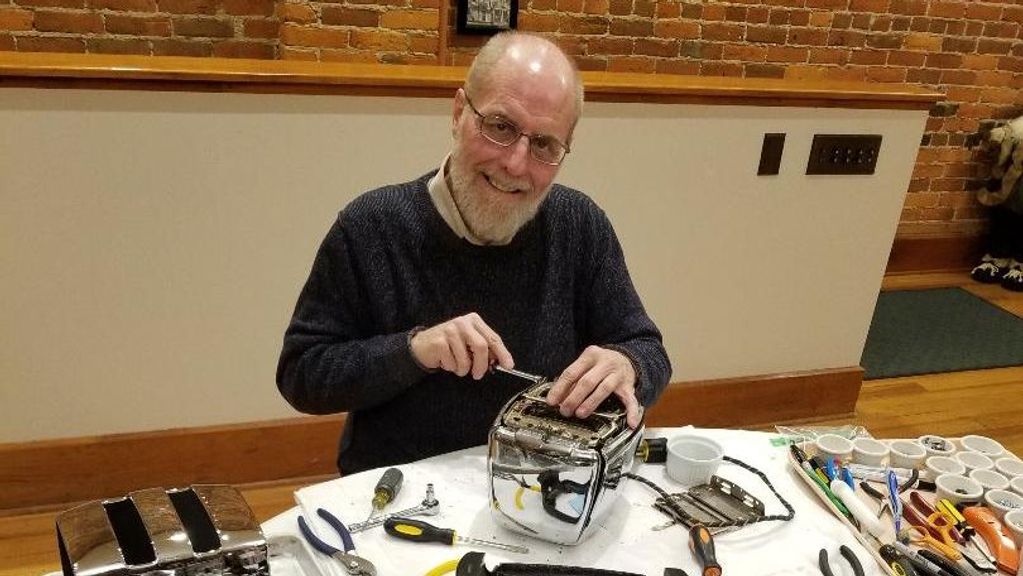 Few of us ever think about our toasters. London, Ohio, resident Tim Wilson embarked on a second career by focusing on them.

Wilson, due in part to the pandemic, built a viable business by refurbishing old toasters destined for the trash heap.

“I’ve never seen anything like this,” Wilson told Zenger, when asked about his steadily growing toaster restoration and repair business, Tim’s Toasters.

Wilson traces the start of his business to March 2020, when the COVID-19 lockdown began and most people were sequestered at home. “I had my grandma’s toaster, and the cord failed,” Wilson said. “So, I went to the hardware store next door to get a new power cord.”

Sunbeam’s T-series toasters, sold from 1949 through the 1980s, are regarded as among the best units ever made.

Wilson located an older Sunbeam toaster on Facebook marketplace and restored the unit for his friend, a thank-you for helping him replace the cord.

“I then proceeded to figure out how to restore these toasters, and I started to give them away to friends. It gave me something to do and made me happy,” he said.

Wilson found three more Sunbeam toasters at a local garage sale and their service manuals online, honing his newfound restoration skills. “I was always handy, I grew up on a farm in Ohio and I also took industrial arts in school.” He said he was “pretty good mechanically,” and learned wiring, plumbing, metal working, and how to fix various things.

Wilson said it took him about an hour to take the first toaster apart. While he keeps his restoration process private, he said it takes about eight hours to clean and polish every part of the machine, then test it and polish the chrome using a professional buffing machine.

“I then put one on eBay, and, to my surprise, it sold quickly. This started a career on eBay,” he said.

Soon, Wilson said people started emailing him about the restored units he was selling online. By June 2020, they asked if he could restore their Sunbeam T-series toasters to the same condition.

By the end of August 2020, Wilson was getting several emails a day as he found and restored more Sunbeam units.

“I just wanted to see people who like good toast, using these very reliable toasters. That’s all it was.” Wilson said his first toaster sold for $860, while the average price for a restored toaster on eBay is between $450 and $500.

And just as more people started contacting Wilson about restoring Sunbeam toasters, an article in The Verge in November 2021 kicked up his restoration business to another level.

The Verge story described how 1949 toasters were smarter than ones made today.

“At the bottom of the article, they referenced Tim’s Toasters and included a link … That’s when my emails started exploding,” he said. “You don’t realize how many people have crummy toasters. People just want a good piece of toast!”

Much of his business comes from old toasters people had in the family that were broken and didn’t work properly. As he dived further into the restoration process, Wilson reached out to different businesses to help make his restorations more efficient.

To date, he’s restored and repaired about 250 toasters.

Some early model Sunbeams were 70 years old and used asbestos power cords that were dangerous. Wilson found a wiring supplier, where he could get near-original cloth cords properly grounded. He’s ensuring safety while “trying to keep the toaster as original as possible.”

Wilson also found a friend in Columbus, Ohio, who could do the chrome plating, akin to chrome bumpers on older automobiles.

Tom Mullin, an engineer who worked at Sunbeam’s Chicago factory for 20 years, said the toasters were superior for several reasons. The units were aesthetically pleasing, with their mirror-like chrome finish, overall quality craftsmanship and a simple, but long-lasting mechanical system.

Mullin explained the sensing system — the “radiant control” that reads the infra-red energy radiating from the bread as it toasts — determines when the toast is at the correct degree of doneness and shuts off the flow of electricity.

“This contrasts with the timer mechanisms used in most toasters then and now,” he said.

He said there is an additional benefit of the unique sensing system: The toaster’s results are not affected by the initial conditions of the bread, its temperature, type, color or weight or whether it has been previously toasted.

“The system automatically adjusts the toasting cycle, so the results will always be the same.”

Despite the amount of time and energy Wilson puts into a complete restoration of a toaster, he only charges $250. “What people get back “is better than new.” He said an engineer who worked for Sunbeam said longevity tests on the toasters found the units might last 20 to 30 years. But many lasted much longer, up to 60 years.

Wilson, who is the owner/operator of a printing and graphics business, said: “I try to make them [the toasters] as nice as we possibly can.”

He said the staff from his printing business plays a part in the restorations, helping with things such as designing a simulated retro Sunbeam box to ship the restored units. A pastor friend helped design the nostalgic look of the Tim’s Toasters website, described by Wilson as “sexy June Cleaver,” a reference to the “Leave It To Beaver” TV mom.

Given his day job and the increased volume of toaster renovations, Wilson estimates a 45–60 day wait for units to be restored.

“The units are restored on a first-come, first-served basis,” he says. He now averages about three to five emails per day from people who want their toasters restored.

One striking feature of Wilson’s toaster restoration service is his near 100 percent customer satisfaction. His website features only five-star, excellent reviews from customers, a rarity in today’s hypercritical world of online reviews.

“I send my customers pictures of every step of the restoration process, so they know it’s getting done.” He says he wants people to now “they are not getting ripped off.”

One of Wilson’s rave reviews is from Cecile Steele, who refers to Wilson as a “mechanical marvel.” He restored her Sunbeam Radiant Control T-20B toaster from the mid-1950s to pristine condition.

“How many of these toasters, or anything extraordinary, would be around today if it weren’t for people like Tim, who see the value in restoring well-made things for a new generation to appreciate?” Steele asks.

Wilson also restored a toaster for James Ryser, a recording artist and former guitarist for rocker John Cougar Mellencamp. Ryser inherited a Sunbeam toaster from his grandmother that needed repair, so he contacted Wilson.

“The thing about Tim that impressed me more than anything was his personal connection and his genuine desire to know the story behind the toaster,” Ryser said.

“Now that I know him, I completely understand that he has a connection to every toaster and person associated with said toaster.”

Sally Paulin from Franklin, Indiana, forged her own “otherworldly” connection with Wilson when he restored her 91-year-old grandmother’s Sunbeam T-35 toaster.

Her mother had worked at the Chicago Sunbeam factory in the 1950s and she “made these toasters, or parts of them anyway,” Paulin said.

For over 50 years, the Sunbeam toaster sat on her counter and made countless pieces of toast, pastries, etc. and never had a hiccup.

Paulin said her grandmother passed away in April 2021. In a bizarre twist, the day she came home from her funeral, the Sunbeam toaster died, too. Happily, Wilson restored the toaster in mint condition.

“My only wish is that there were more like him in this world, because it would be a much better place to live!  His knowledge is beyond compare, but his work ethic and caring show in every part of his work.”

“I never realized how passionate people are about these appliances,” Wilson said. “Then, at the end of the day, they get the best damn toast you can have!”

The post How The Pandemic Launched A Vintage Toaster Restoration Boom  appeared first on Zenger News.