Giannis, Suprisingly Slept-On Bucks Are Capable Of Much More 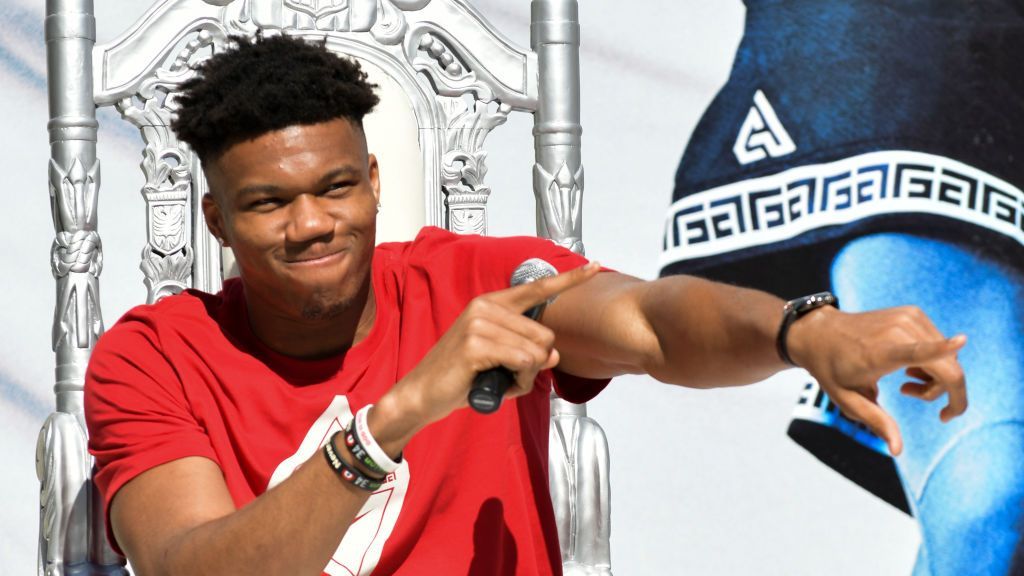 With how they seem to be flying under the radar right now, you would have never guessed the Milwaukee Bucks won the NBA Finals last season. Checking in with a 28-19 record, Milwaukee is only two games back of the No. 1 seed in the Eastern Conference.

The difference between the top six teams in the East is two-and-a-half games, and I’m here to stake my claim as to why Milwaukee should still be the favorite among that group. Honestly, the Bucks would probably prefer to stay under the radar anyways, but they’ll have everyone right where they want them once postseason play kicks off in April.

Milwaukee has operated all season long without Brook Lopez, the team’s anchor on defense. However, the Bucks are actually carrying a better Defensive Rating compared to the last season (110.7), allowing opponents to score 107.6 points per 100 possessions. Lopez should actually be returning to the court soon for the Bucks as he begins to ramp up on-court activities. Once Lopez is officially cleared, Milwaukee will have another valuable weapon at its disposal in the playoffs.

On top of Lopez’s lingering stint on the injury report, the Bucks have been battling similar issues all season long. Jrue Holiday has been in and out of the starting lineup with injuries, and Donte DiVincenzo recently returned from a long-term absence that extended throughout the Bucks’ championship run. Finally, though, that page is beginning to turn in favor of Milwaukee as it approaches a fully healthy rotation for the first time all season.

We saw a sneak peek of it during the 2021 NBA Finals, but Giannis Antetokounmpo has embraced playing more bully-ball this season. In place of Lopez, Antetokounmpo has logged plenty of minutes as a small-ball center, and the Bucks are more than holding their own with that.

Another underrated asset to the Bucks in their frontcourt has been Bobby Portis, who re-signed with Milwaukee on a two-year, $9 million deal this past offseason. Portis playing heavy minutes alongside Giannis has been a blossoming success story. In the 612 minutes Portis and Antetokounmpo have shared the floor, Milwaukee is outscoring opponents by 9.6 points per 100 possessions (113.6 ORTG, 103.9 DRTG). It’s the best two-man lineup combination for the Bucks — a strengthened inside-out duo that really feeds off one another. As Giannis dominates around the basket, Portis optimally spaces the floor, hitting three-pointers at an elite clip of 42.9%.

Imagine all the possibilities for the Bucks when Lopez is back. This frontcourt trio will allow head coach Mike Budenholzer to mix and match how he pleases, presenting endless mismatches to the opposition.

The Bucks lost some depth this offseason, especially with PJ Tucker going to the Miami Heat in free agency. However, they have made up for it by adding more floor-spacing acumen to boost their offensive ceiling around a generational talent in Antetokounmpo.

Grayson Allen has been an amazing boost for Milwaukee, purely from an offensive perspective. Allen’s role in the offense is to make the right reads as a passer and splash threes at an above-average rate. Allen is accomplishing both for the Bucks, including a three-point percentage of 39.0% on 6.8 attempts per game.

Wesley Matthews returned to Milwaukee during the season, as well, after his one-year stint with LeBron James and the Los Angeles Lakers. Matthews was another vital piece to the puzzle a few years ago, and he’s seamlessly fit back into his role in Milwaukee.

Once DiVincenzo finds his rhythm, the Bucks will have a lot of guards who can make the lanes wider for Antetokounmpo to bludgeon defenses with nonstop aggressiveness.

Recently, we’ve seen what could be the future vision for the Bucks come playoff time as it relates to their offense hitting peak levels of dominance behind their MVP winner.

Since Christmas, Antetokounmpo is averaging 31.9 points, 10.6 rebounds, 6.8 assists and 1.3 blocks while carrying an outstanding 63.7% True Shooting percentage. Giannis’ usage rate has ramped up from that point as well, checking in at 37.1%. It’s a lot on the Greek Freak’s plate, but he’s shown consistently throughout his reign of terror that he can singlehandedly put the Bucks on his back without issue.

The Bucks are still trying to gain a consistent rhythm from last season’s championship run, the first Finals victory in 50 years for the organization. However, once the playoffs officially arrive, this team is set up to do some serious damage in a more revamped East hierarchy.

(It will also be very interesting to see what the Bucks do at this year’s Feb. 10 trade deadline. With not a lot of assets to work with, maybe the Bucks view Lopez’s eventual return as their big boost.)

Yes, the Brooklyn Nets look legit as usual behind Kevin Durant, James Harden and a part-time Kyrie Irving when all healthy. The Chicago Bulls are now back in the mainstream with an outstanding season headlined by their dynamic duo of Zach LaVine and DeMar DeRozan. Never rule out the Miami Heat either, who are beginning to turn their own corner as well.

Joel Embiid is putting up jaw-dropping numbers for the Ben Simmons-less Philadelphia 76ers right now, keeping them in the top-tier race of the conference. The Cleveland Cavaliers are right in the thick of it as this year’s surprise team making the certified jump to legitimacy.

In the end though, the Bucks are where I lean regarding who eventually comes out of the East to get to this year’s Finals. Whichever way you want to slice it, the Bucks are not a team to be underrating. If anything, when you dive deeper, they look to be even stronger for a deep postseason run.

The post Giannis, Suprisingly Slept-On Bucks Are Capable Of Much More appeared first on Zenger News.