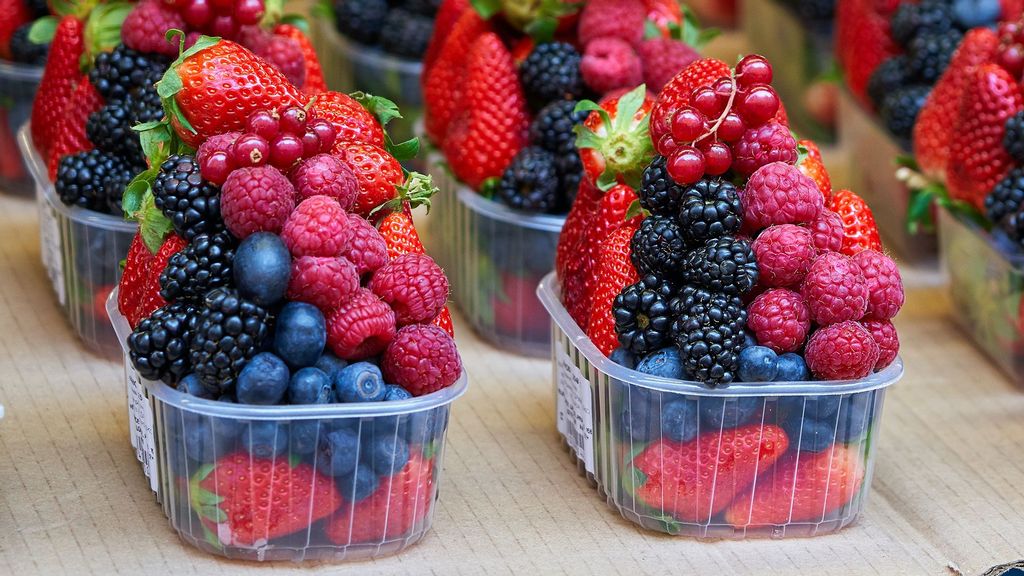 WASHINGTON — Consuming plant-based foods rich in flavonoids like chocolate and wine, and fruits can improve blood pressure levels. A new study has shown that flavonoid-rich foods appear to have a positive effect on blood pressure levels, an association that is partially explained by characteristics of the gut microbiome.

The findings of the study were published in “Hypertension,” a journal of the American Heart Association.

“Our gut microbiome plays a key role in metabolizing flavonoids to enhance their cardioprotective effects, and this study provides evidence to suggest these blood-pressure-lowering effects are achievable with simple changes to the daily diet,” said Aedin Cassidy, lead investigator of the study and chair and professor in nutrition and preventive medicine at the Institute for Global Food Security at Queen’s University in Belfast, Northern Ireland.

Flavonoids are compounds found naturally in fruits, vegetables, and plant-based foods such as tea, chocolate, and wine and have been shown in previous research to offer a variety of health benefits to the body.

Flavonoids are broken down by the body’s gut microbiome—the bacteria found in the digestive tract.

Recent studies found a link between gut microbiota—the microorganisms in the human digestive tract—and cardiovascular disease (CVD), which is the leading cause of death worldwide.

Gut microbiota is highly variable between individuals, and there are reported differences in gut microbial compositions among people with and without cardiovascular diseases.

With increased research suggesting flavonoids may reduce heart disease risk, this study assessed the role of the gut microbiome on the process.

The study also investigated how much variance within the gut microbiome could explain the association between intake of flavonoid-rich foods and blood pressure.

A group of 904 adults between the ages of 25 and 82, 57 percent men from Germany’s PopGen biobank, were recruited for this study. (The PopGen biobank includes participants from a network of seven biobanks in Northern Germany.)

Researchers evaluated the participants’ food intake, gut microbiome, and blood pressure levels together with other clinical and molecular phenotyping at regular follow-up examinations.

Participants’ intake of flavonoid-rich foods during the previous year was calculated from a self-reported food questionnaire detailing the frequency and quantity eaten of 112 foods.

Flavonoid values were assigned to foods according to United States Department of Agriculture data on flavonoid content in food.

The gut microbiome for participants was assessed by fecal bacterial DNA extracted from stool samples.

The analysis of regular flavonoid intake with gut microbiome and blood pressure levels found that study participants who had the highest intake of flavonoid-rich foods, including berries, red wine, apples, and pears, had lower systolic blood pressure levels, as well as greater diversity in their gut microbiome than the participants who consumed the lowest levels of flavonoid-rich foods.

Up to 15.2 percent of the association between flavonoid-rich foods and systolic blood pressure could be explained by the diversity found in participants’ gut microbiome. Another key finding was that eating 1.6 servings of berries per day (one serving equals 2.8 ounces or 1 cup) was associated with an average reduction in systolic blood pressure levels of 4.1 mm Hg, and about 12 percent of the association was explained by gut microbiome factors.

Drinking 2.8 glasses (125 ml of wine per glass) of red wine a week was associated with an average of 3.7 mm Hg lower systolic blood pressure level, of which 15 percent could be explained by the gut microbiome.

“Our findings indicate future trials should look at participants according to metabolic profile in order to more accurately study the roles of metabolism and the gut microbiome in regulating the effects of flavonoids on blood pressure,” said Cassidy.

“A better understanding of the highly individual variability of flavonoid metabolism could very well explain why some people have greater cardiovascular protection benefits from flavonoid-rich foods than others.”

While this study suggests potential benefits to consuming red wine, the American Heart Association suggests that if one doesn’t drink alcohol already, they shouldn’t start. If they do drink, it is recommended to speak with the doctor about the benefits and risks of consuming alcohol in moderation.

Alcohol intake can be a component of a healthy diet if consumed in moderation (no more than one alcoholic drink per day for women and two alcohol drinks per day for men) and only by non-pregnant women and adults when there is no risk to existing health conditions, medication-alcohol interaction, or personal safety and work situations, according to a statement on dietary health by the American Heart Association.

The authors noted that participants for the study were from the general population, and the participants were unaware of the hypothesis.

However, residual or unmeasured confounding factors (such as other health conditions or genetics) can lead to bias. Thus these findings cannot prove a direct cause and effect, although the researchers did conduct a detailed adjustment in their analyses for a wide range of diet and lifestyle factors.

The authors noted the focus of this study was on specific foods rich in flavonoids, not all food and beverages with flavonoids.