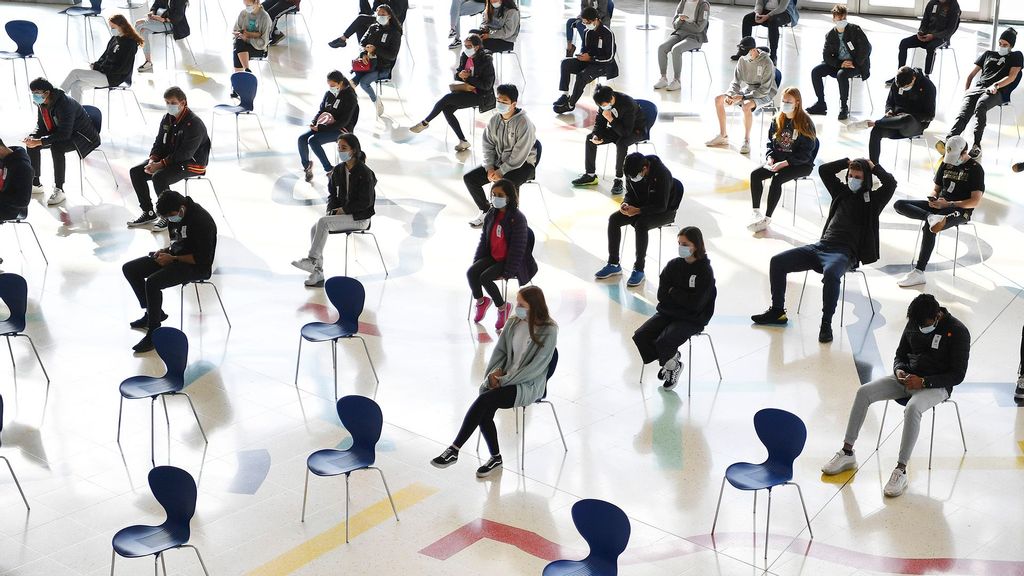 WASHINGTON — Delta variant was no less than a nightmare for many countries, but those who got vaccinated need no stress anymore!

The delta variant of the virus that causes Covid-19 is not particularly good at evading antibodies generated by vaccination reveals a study by researchers at Washington University School of Medicine in St. Louis.

The findings, published in the journal Immunity, help explain why vaccinated people have largely escaped the worst of the delta surge.

The researchers analyzed a panel of antibodies generated by people in response to the Pfizer Covid-19 vaccine. They found that delta was unable to evade all but one of the antibodies they tested.

Other variants of concern, such as beta, avoided recognition and neutralization by several of the antibodies.

In previous studies, co-senior author Ali Ellebedy, Ph.D., an associate professor of pathology & immunology, medicine, and molecular microbiology, showed that both natural infection and vaccination elicit lasting antibody production. But the length of the antibody response is only one aspect of protection. The breadth matters, too.

An ideal antibody response includes a diverse set of antibodies with the flexibility to recognize many slightly different variants of the virus. Breadth confers resilience.

Even if a few antibodies lose the ability to recognize a new variant, other antibodies in the arsenal should remain capable of neutralizing it.

“The fact that delta has outcompeted other variants does not mean that it’s more resistant to our antibodies compared to other variants,” said co-senior author Jacco Boon, Ph.D., an associate professor of medicine, molecular microbiology, and pathology and immunology.

“The ability of a variant to spread is the sum of many factors. Resistance to antibodies is just one factor. Another one is how well the variant replicates.”

“A variant that replicates better is likely to spread faster, independent of its ability to evade our immune response. So delta is surging, yes, but there’s no evidence that it is better at overcoming vaccine-induced immunity compared to other variants.”

To assess the breadth of the antibody response to SARS-CoV-2, the virus that causes Covid-19, the researchers extracted antibody-producing cells from three people who had received the Pfizer vaccine.

They grew the cells in the laboratory and obtained from them a set of 13 antibodies that target the original strain that began circulating last year.

The researchers tested the antibodies against four variants of concern: alpha, beta, gamma, and delta. 12 of the 13 recognized alpha and delta, eight identified all four variants, and one failed to recognize any of the four variants.

Scientists gauge an antibody’s usefulness by its ability to block viruses from infecting and killing cells in a dish.

“In the face of vaccination, delta is relatively a wimpy virus,” Ellebedy said. “If we had a variant that was more resistant like the beta but spread as easily as delta, we’d be in more trouble.”

The antibody that neutralized all four variants of concern and three additional variants tested separately was called 2C08. In animal experiments, 2C08 also protected hamsters from disease caused by every variant tested: the original variant, delta, and a mimic of beta.

Some people may have antibodies just as powerful as 2C08 protecting them against SARS-CoV-2 and its many variants, Ellebedy said.

Using publicly available databases, the researchers discovered that about 20 percent of people infected or vaccinated against SARS-CoV-2 create antibodies that recognize the same spot on the virus that 2C08 targets.

“This antibody is not unique to the person we got it from,” Ellebedy said.

“Multiple antibodies targeting this area have been described in the literature; at least one is under development as a Covid-19 therapy.”

“Similar antibodies have been generated by people infected in Italy, China and people vaccinated in New York. So it’s not limited to people of certain backgrounds or ethnicities; it’s not generated only by vaccination or by infection.”

“A lot of people make this antibody, which is great because it is very potent and neutralizes every variant we tested,” Ellebedy said.