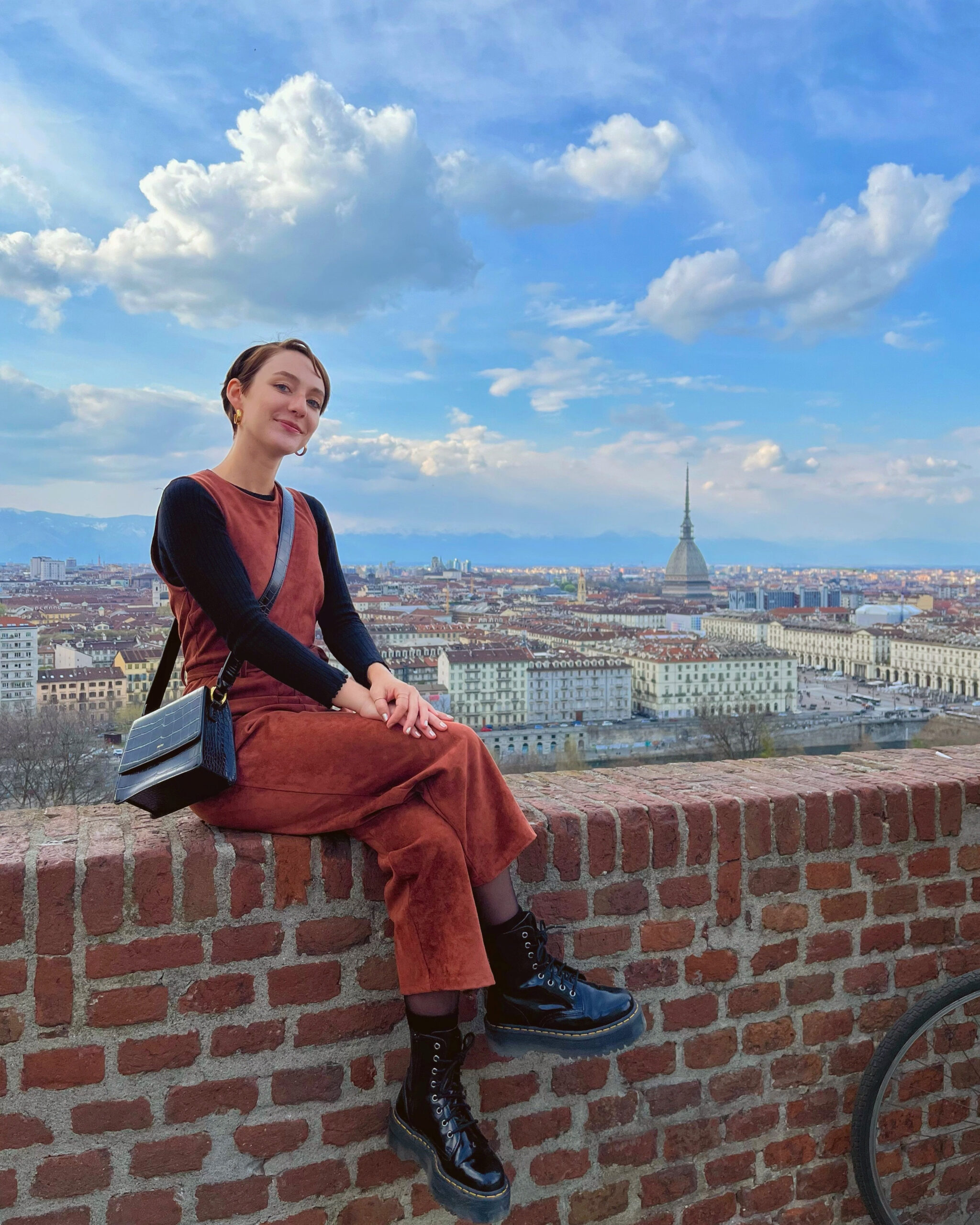 A woman has taken remote working to the extreme by traveling across the world while still doing New York office job – all while saving up to $2,000 a month.

Madi Mucha, 24, an accounts manager, was offered a full-time work-from-home role towards the end of the pandemic in July 2021.

So, instead of working from her cramped and expensive apartment in the Big Apple, she decided she wanted a taste of adventure.

She then made the leap into the world of traveling and working, and has since worked remotely from Guatemala, Mexico, and Italy.

When Madi was based in New York, she was spending $1,000 per month on rent alone – and now, she gets to see the world and save more money at the same time.

Posting about her travels on Instagram under the handle ‘madidadytravels’, she spends some time planning her next trips – and has provided some of her tips for other remote workers who want to see some more of the world.

Madi, who is currently in Colombia, said: “I’ve been remote since the start of the pandemic in March 2020 and in July last year I got a new job which was much more flexible with talking about going to back to the office.

“I told them I wanted to try traveling and working remotely – in the first and second month at the job I did a remote working program with a company called RemoteYear who organizes trips for people who can work remotely.

“You get to rent an apartment with people doing the same thing, so I did the whole month of August – it was kind of expensive but I was a woman traveling alone and I wanted to try it in a safe way at first that felt comfortable.

“I did a month in Guatemala, realized how easy it was, and a lot of people I met told me you can stay in co-working hostels and find co-working spaces nearby if your hotel or hostel doesn’t have Wi-Fi – I got the motivation from that first trip in August and went from there.”

Madi first began working remotely at the start of the COVID pandemic in March 2020 before getting a new job in July 2021 with a flexible attitude when it came to returning to the office.

After being offered the role, she made her first attempt at remote-working and traveling with a month-long trip to Guatemala in August, 2021.

She then spent some time in Mexico in October 2021 and then returned to Guatemala in December for three weeks, before jetting over to Kenya from late December to January.

Following her time in Kenya, Madi spent February in Costa Rica before flying over to Europe in April and touring around Italy, France and Belgium through April.

She still works according to New York time, regardless of where she is in the world and tries to choose locations where she can start earlier in the day and finish earlier in the afternoon.

Working in the advertising industry, she had worked remotely during the pandemic from 2020 to 2021 and when she started interviewing for a new role, she prioritized the remote working aspect.

Alongside her experiences traveling, she has also been able to save some money thanks to cutting out expenses like rent and bills – so while she still spends approximately $2,000 per month, she gets much more bang for her buck.

She also saves on items like clothes and meals out – as she quite literally doesn’t have room in her bag for new outfits or shoes.

Since beginning her remote-working adventures, Madi has racked up some top tips for other remote-workers with a taste for the unknown.

“Since my job is on the East coast of America and I have to work Eastern hours, Latin American countries have been the best for remote working for me as I can start a bit early and have more of my afternoon to do things,” said Madi.

“I didn’t really connect with any digital nomads in Europe or Kenya, but in South America and Central America it’s more prominent and I’ve heard similar things about Ecuador.

“I went back to Guatemala a couple of times as I had close friends there and it has a special place in my heart and then I went to a couple of cities in Mexico in late October 2021.

“I went to Costa Rica in February, then Europe for a month as my brother is studying there and visited Italy, France and Belgium through April and then on to Ecuador – currently I’m in Colombia.

“In between trips I’ll come home – ideally, I would like to do a long-term trip.

“People keep DM-ing me and asking me how I do it – the first thing is actually prioritizing jobs that are labeled as remote and using LinkedIn or Glassdoor.

“If they don’t say if they’re remote, be confident in an interview and ask, say it’s important to you.

“This might be obvious but eliminate your monthly expenses – I was still paying rent in New York until October when I decided not to renew my lease and took my things back to my parents.

“I eliminated my car payments and rent and now all that money is used for traveling.

“If you’re good with money and finances, get a travel credit card – you can get travel points where you almost don’t have to pay for flights, they’re points you’ve earned from using the card and paying it off.

“By staying at co-working hostels, you stay for cheaper and have a co-worker space where you can connect with other people doing the same thing and it allows you to get recommendations from other people.

“You get so many recommendations on how to work, travel, save money and maintain the lifestyle for longer.”