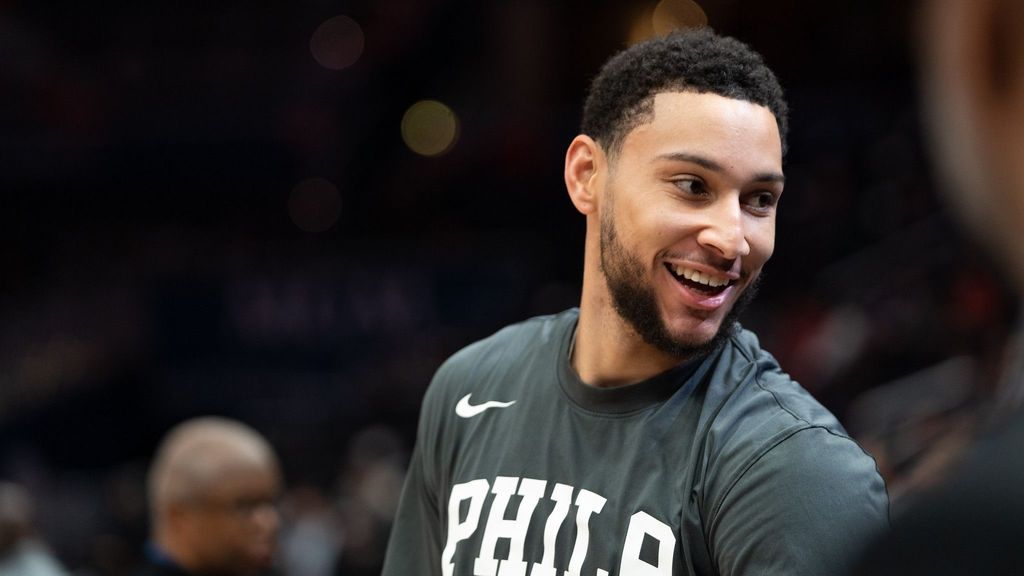 After months of speculation, we are finally (hopefully) approaching the finish line of the Ben Simmons saga.

According to ESPN’s Adrian Wojnarowski and Zach Lowe, the Philadelphia 76ers are garnering much more interest in potential two- or three-team deals involving Simmons as more than 85% of the NBA’s players will be eligible to trade next week.

Before the Association’s biggest domino falls, which teams make sense as a landing spot for the 25-year-old three-time All-Star? Will Simmons flourish elsewhere in a bigger role?

The Simmons-Sixers situation could truly end up being a win-win scenario for both sides, so let’s examine some potential trades that make sense for the disgruntled point-forward.

The pressure is on for Sacramento to finally field a winning team and snap their 15-year playoff drought. Since the offseason, we’ve suggested that the Kings finally push their chips into the middle of the table and make an aggressive win-now move.

Simmons would be the perfect piece to fit into their puzzle alongside De’Aaron Fox and Tyrese Haliburton. The Kings’ backcourt duo had a positive net rating last season, and adding Simmons to the mix gives them a very fun playmaking trio that can play off one another.

Playing the four alongside Richaun Holmes provides little spacing, but Simmons could become the de-facto primary ball-handler with Fox and Haliburton providing spacing around the perimeter. A potential starting unit featuring Fox, Haliburton, Harrison Barnes, Simmons and Richaun Holmes could hold up on both ends of the court.

However, Philadelphia continues to hold out hope that they’ll get a top-25 player in return for Simmons. Would Sacramento feel comfortable saying goodbye to Fox, who just signed a five-year rookie-scale max extension? Philadelphia has been reluctant to discuss deals with Sacramento unless it includes Fox. With Haliburton and Davion Mitchell as their last two lottery picks, maybe Kings GM Monte McNair will shake things up in a major manner? Let’s start our first scenario with a league-altering blockbuster:

In a similar position as Sacramento, Minnesota could rise in the Western Conference standings if they make the right move. Karl-Anthony Towns is a bonafide superstar, while Anthony Edwards has great potential. Adding Simmons to the Timberwolves’ lineup would make them a more well-rounded team.

The question is, would Minnesota pull the trigger on trading Towns’ good friend D’Angelo Russell? If so, Minnesota’s new Big 3 would be outstanding.

Imagine the endless possibilities with Simmons flanking Towns and Edwards. The Wolves’ primary scoring duo could still have their way offensively, but Simmons would be the glue holding everything together from a playmaking and defensive standpoint.

San Antonio has been surprisingly competitive this season. Spurs head coach Gregg Popovich really has this intriguing young core humming, and they’re one big move away from potentially making some noise in the Western Conference.

An interesting note to report from longtime NBA insider Marc Stein is that Simmons would welcome a trade to San Antonio. Also, Popovich would love to coach a player like Simmons. This sounds like a perfect marriage on paper, so let’s make it happen.

San Antonio can offer Philadelphia a very enticing package of young prospects and picks. It may not fit the “top-25 player” criteria that Sixers GM Daryl Morey is hoping for, but it could get pretty close. The Spurs have a number of really attractive assets, but it remains to be seen how many they’d be willing to move.

San Antonio has a strong ecosystem in which Simmons could rebuild his value. Surrounded by plus role players who thrive within San Antonio’s system, Simmons can reach his ceiling in a role where everything is built around his strengths.

One team that has finally built around their star the right way is Washington, as they’ve surrounded Bradley Beal with a competent roster. However, Beal is in the final year of his deal.

Would Simmons work well alongside Beal? That’s a legitimate concern, but making this deal is a home-run swing that could be necessary for Beal to commit long-term in the nation’s capital.

Simmons and Beal flanked by shooters and prospects would give Washington a nice foundation for Wizards GM Tommy Shepard to build around for the next five-plus years.

Another team that’s facing a fork in the road with their current roster, Toronto has to decide what to do with Pascal Siakam. Over the offseason, there were reports that Siakam could be available. Will Toronto keep Siakam around with their young core or flip him for more long-term value?

If the Raptors want to offload Siakam and make an aggressive win-now push, enter Simmons.

A potential lineup of Simmons alongside Fred VanVleet, OG Anunoby, Scottie Barnes and Precious Achiuwa sounds like something Toronto would love to try.

This could be a win-win deal for both sides as they begin new eras for their respective organizations. Siakam and Embiid is a terrifying frontcourt for Philadelphia, and the duo would allow Tobias Harris to slide back to the small forward position. Meanwhile, Toronto brings Simmons aboard as their new face of the franchise with a solid young nucleus surrounding him.

No surprise, Indiana is another team that could be staring down the barrel of important, franchise-altering decisions within a year. The Pacers have a very good, balanced roster that’s been plagued by injuries over the last few seasons. T.J. Warren, who broke out in a huge way during the Orlando Bubble, only played four games during the 2019-20 campaign. Caris LeVert missed time due to a cancerous tumor that was discovered after the James Harden trade. Myles Turner and Malcolm Brogdon continue to miss time here and there due to various injuries as well.

The Pacers are about to blow everything up, though (and it’s long overdue). Indiana is likely to move Caris LeVert with Chris Duarte’s fast emergence, plus one of their two bigs: Domantas Sabonis or Myles Turner.

Indiana sniffed around Simmons’ availability last offseason too. Since it’s tough to pitch top free agents on coming to Indianapolis, making an aggressive trade might be the only way to land their star.

Although one of Turner or Sabonis would need to be moved to a third team in this hypothetical scenario, especially to meet Philadelphia’s asking price for Simmons, Indiana going star hunting could be the necessary tweak to change their long-term fortunes.

The Blazers are stuck in the middle, which is the worst place to be. With that being said, it’s time to finally break up the Damian Lillard, C.J. McCollum backcourt. Portland needs to finally make an aggressive push in order to put the right pieces around Lillard and turn this team into a contender.

A deal revolving around Simmons and McCollum makes sense for both parties. McCollum can function as a score-first combo guard who can play well off of Embiid, while Simmons provides a beautiful blend of playmaking and defense alongside Lillard.

McCollum recently suffered a collapsed lung, which could complicate things. Prior to the injury, he followed all of the Sixers on social media and all but said goodbye to Portland and the fan base, so it remains to be seen what the future holds for McCollum.

Simmons’ future is the biggest storyline around the NBA. Odds are, he’ll be moved to the highest bidder before February’s trade deadline. Perhaps it’ll end up being one of the aforementioned teams.