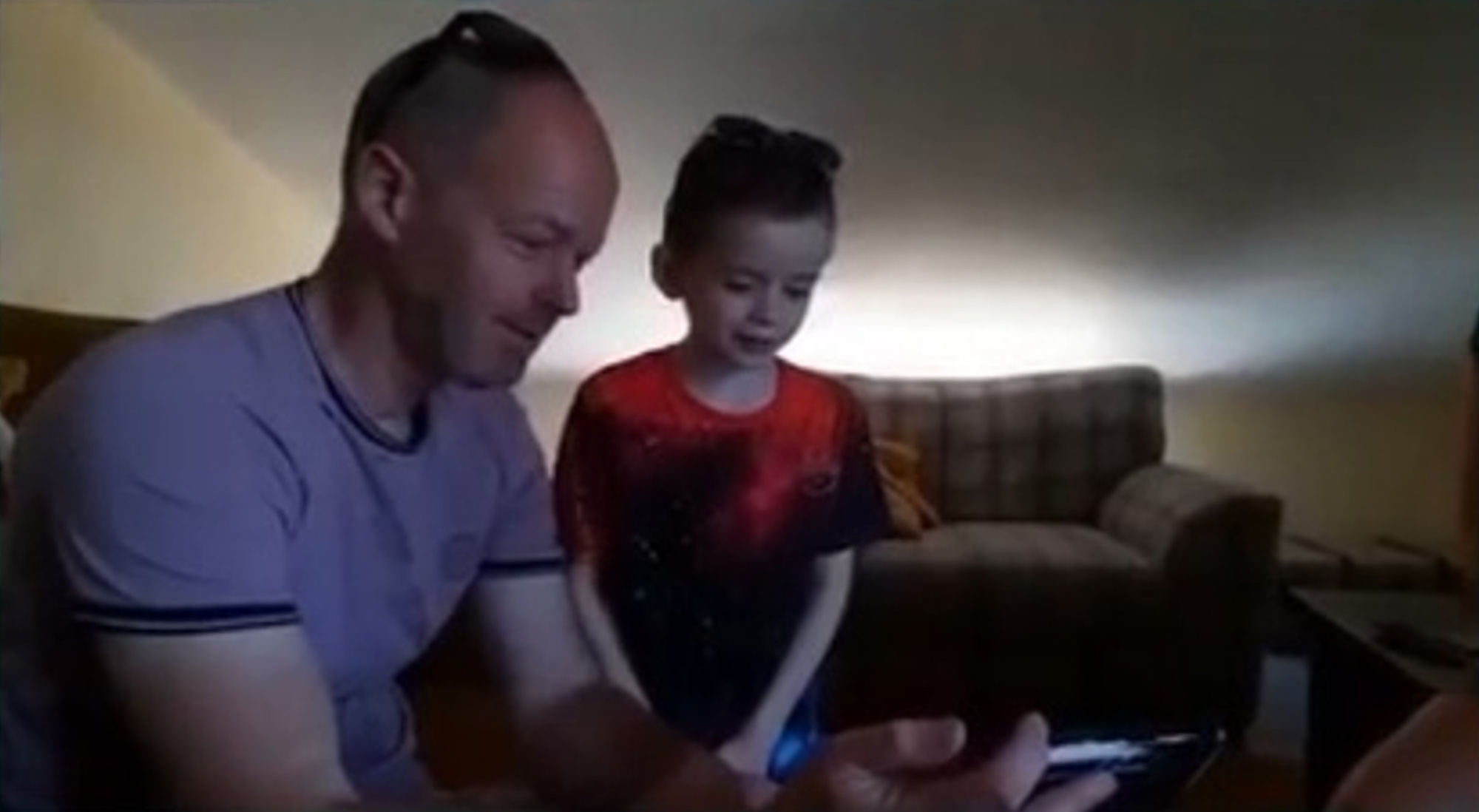 Police in Dubai have delighted a car-mad Irish boy undergoing cancer treatment with a special video showing off their super squad car.

The surprise video came after an email appeal from his uncle who told the police in the oil-rich United Arab Emirates how keen the lad – named only as Adam – is on police cars.

The message said: “From Adam’s family to Dubai police. My nephew Adam is fighting cancer and is in love with police cars. His 8th birthday is soon and I hope the Dubai police could make him happy by showing him their supercars.”

The man said he hoped they could help the seven-year-old as he battled the disease.

The video shows off Dubai’s Lamborghini, Aston Martin Vantage, and Audi R8 V 10 being put through their paces on the road.

Then a senior police officer tells the youngster: “Hi Adam, I hope this video finds you well.

“At your request, we have bought for you three of our best police cars in Dubai in the whole world.”

A special edit of the video shows Adam’s delighted reaction to the cars.

Adam can be heard reacting: “I like that man. He seems nice!”

The officer goes through all three of the cars, giving details about them to the camera.

The police officer then says: “Adam, life is full of challenges, we are here to support you.”

The footage ends with Adam seen with a happy smile on his face.

Dubai Police are famous worldwide for their police car fleet including the most luxurious cars.

Butti Ahmed bin Darwish Al Falasi, Director of the Security Awareness Department in the General Department for Community Happiness, confirmed that Dubai Police had been keen to fulfill the man’s wishes through the “Child’s Happiness” program.

Al Falasi pointed out that receiving a letter from foreigners is a sign of confidence in Dubai Police, indicating that they have not hesitated to act on the humanitarian request.

Major Ali Yousef Al Ali, Head of the Cultural Diversity Department in the Security Awareness Department, confirmed that they had managed to bring together a number of luxury sports cars, photographing their features, and providing an explanation directed to the youngster.

The video was sent to the child via his uncle.

After receiving the video, the child’s uncle thanked the Dubai Police General Command for its eagerness to make Adam happy, stressing that the video was prepared professionally and had been a delight for them both.