Distraught Arizona Woman Rescued From Flood Car Without Her Dog 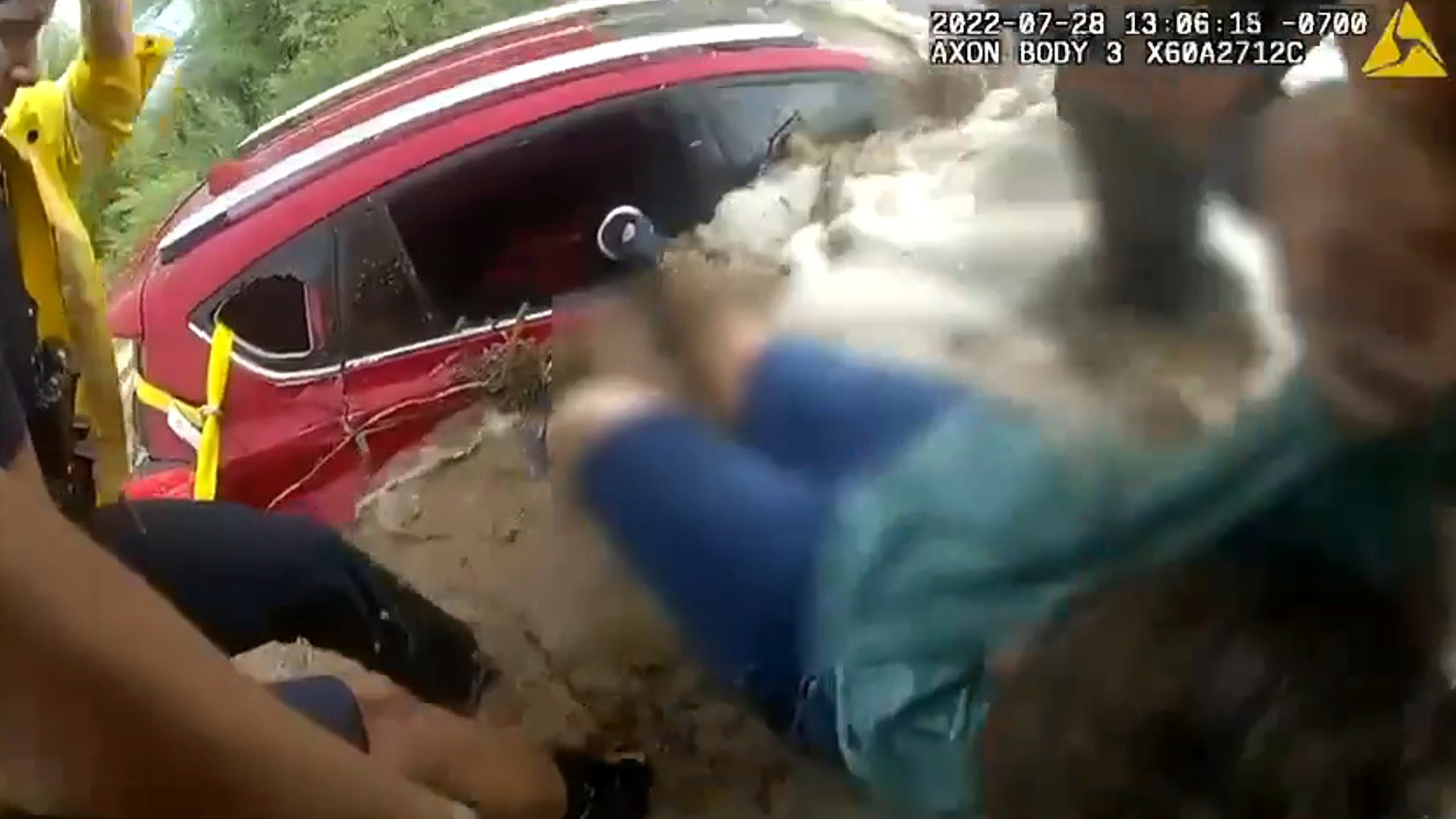 A woman trapped in her car by torrential floodwaters told rescuers she would not leave unless they saved her dog too.

Nail-biting video footage of the rescue shows the woman in her car, which appears to be about to be swept under by fast-moving monsoon floods, near the city of Apache Junction, in the U.S. state of Arizona.

But as the police tried to persuade her to escape from the vehicle, she told them she would not abandon her pet dog in the drama, which unfolded on Thursday, July 28.

One of the rescuers can be seen breaking one of the car’s windows before asking the woman if she is able to crawl.

He then breaks another window before shouting: “Come here! Hurry! Get out!”

The woman can then be seen struggling to make her way through the rear right window toward the rescuers.

But she insists: “I don’t want to leave my dog.”

One of the rescuers shouts back: “I will get your dog!”

As she is pulled through the window, the woman can be heard shouting “Get my dog!”

Tragically, the police later said that the rescuers had been unable to retrieve her dog from the vehicle. They said that her family and friends are believed to currently be looking for the missing pet.

“The footage you will see in this AJPD officer body camera is from a rescue of a motorist stranded in Weekes Wash.”

Weekes Wash is a river in Arizona.

The statement continued: “Two officers, one detention officer and one Mesa firefighter participated in this rescue.

“We also want to thank the civilian who provided a tow strap.

“We are deeply saddened that while we were able to rescue the driver, we were unable to retrieve her dog.

“At last check, family and friends were searching for this beloved pet.”

The AJPD added: “As the monsoon continues, we want to remind you to never drive on flooded roads.”