Dangerous Mistake: A Student Thought She Only Had COVID – But It Was Actually Deadly Meningitis 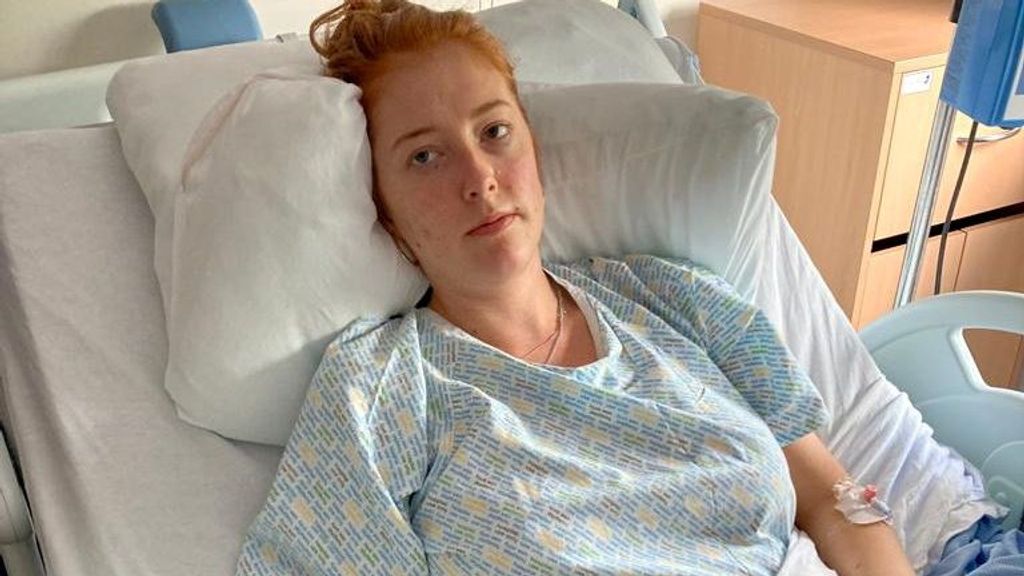 A student told how she thought she had COVID – but it was actually deadly meningitis.

Alice Jenkins, 19, woke up on May 18 with aching limbs and a temperature, and assumed she had COVID as her roommates in residence halls at the University of Edinburgh, Scotland, had it the previous week.

The students were planning a blowout after exams finished and were supposed to be going clubbing that night but Alice spent all day sleeping, and eventually Facetimed her mom, Sarah, 58, complaining she was feeling poorly.

Alice, from Esher, Surrey, in southern England, attributed muscle pain to falling over playing netball a few days before, but when she woke up from a nap she was dripping with sweat and had a rash.

Mother-of-two Sarah told her to do a ‘tumbler test’ – pressing a glass against the rash to see if it disappeared.

When it didn’t, she told Alice to call emergency services, which in the United Kingdom is reached by dialing 999.

Sarah, who serves as a magistrate, was familiar with the symptoms of meningitis as a neighbor’s daughter had died of it aged only 14 years old.

Her quick thinking meant Alice, who studies Philosophy, Politics and Economics, was able to get medical treatment immediately, which meant she has suffered no lasting damage – unlike many young people who can end up with hearing loss, paralysis or brain damage from the illness.

Alice said she was embarrassed to call 999 for help, so a friend phoned for her.

She was taken to the Royal Infirmary of Edinburgh where she became so ill she was unconscious – and says she thinks the experience was more harrowing for other people, as she can barely remember it.

Within 24 hours she was aware of health workers around her talking about paralysis, but both parents rushed to be with her.

On May 19 she was taken to the infectious disease unit at the Western General Hospital, which she described as being like out of American Horror Story.

She was discharged on May 24 and said she experienced a slight headache afterward, and will need a hearing test in a month.

Alice is now on vacation in Croatia and says she believes her mom’s quick thinking saved her life.

She and her mother, Sarah, want to make other young people aware of the risks of the deadly illness, which Alice caught four months after her vaccination expired and which particularly impacts teenagers.

Alice said: “If I hadn’t have had the rash I wouldn’t have gone into hospital, all I had was aching limbs and a temperature.

“The week before my flatmates had COVID, the typical symptoms of meningitis like a stiff neck and being sick didn’t start until I was in hospital.

“When I got into hospital they put me on antibiotics, steroids and antivirals, without knowing what it was.

“I was really scared to go to A&E [emergency], I woke up that night with a rash and Facetimed my mom who was saying ‘phone 999.’

A friend from home, Kirstin Malcolm, 19, went to the hospital to keep Alice company and kept in touch with her parents, later bringing her a bag packed when they found out she would be staying in.

Kirstin wasn’t too concerned that Alice was tired after a hectic week of pubs, clubs and shopping, but was alarmed when she got a text saying ‘I’m in A&E lol’.

She held a cardboard sick bowl for her friend who was vomiting “black colored bile” and was appeared only to be able to communicate by blinking, before being moved to an Acute Medical Unit.

Alice said: “It was probably easier for me because I didn’t know what was going on.

“I couldn’t Google it so I didn’t know how dangerous it is.”

A lumbar puncture test diagnosed meningococcal group B, which Alice had been vaccinated against aged about 14.

She urged other young people to check whether their vaccinations had expired and to book a booster if they had, as hers ran out in January.

Meningitis is an inflammation of the brain which can be spread by kissing, sneezing and coughing – although Alice told Public Health Scotland she had no idea where she could have got it from.

Nobody else in her halls or that she knows became ill with it, but she described the reaction of her friends’ parents as “petrified” when they found out about it.

She said: “I didn’t have a headache until I got into hospital, or a stiff neck, or throwing up.

“When they did a lumbar puncture they said I could be paralyzed or get septicemia, or lose fingers or toes, or get hearing loss, or brain damage.

“They had to keep me away from people because meningitis is contagious, it was pretty lonely but I had a Percy Pig toy with me.

“Because I slept so much it was less lonely.”

Her dad Richard, 58, cut short a cycling trip in Italy to visit her and her mother got the first train to Edinburgh from Surrey.

Alice said: “I didn’t even kiss anyone – but I’m thankful it didn’t happen on holiday.

“I was meant to be going to Marbella but that got canceled but the doctors didn’t think I’d be well enough to go to Croatia either.

“It is scary – I was planning to go clubbing on the Wednesday but I woke up and didn’t feel that well, and within five hours I was in hospital.

“We are more aware as a family because we know someone who died from it, but we didn’t know vaccination expires.

“My chances were one in ten, but I feel completely myself now.”

The post Dangerous Mistake: A Student Thought She Only Had COVID – But It Was Actually Deadly Meningitis appeared first on Zenger News.