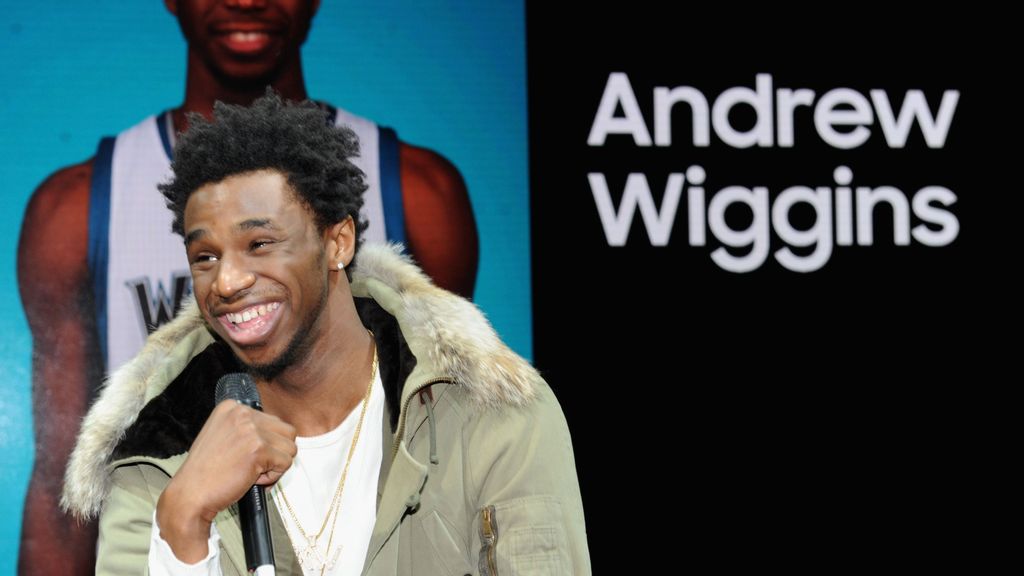 Players like Andrew Wiggins make being a coach worth it.

The NBA’s 2022 All-Star Weekend is in my hometown of Cleveland and even though I won’t be there in person, I’ll be paying close attention to the All-Star Game. I can’t wait to see Wiggins take that court.

Being a coach can be a thankless job — long days, short nights and countless hours. Most of the time, coaches spend more time with their teams than they do with their families, and when things don’t work out, we’re usually the first to get blamed — whether fair or not. That’s part of what makes it tough.

I got to know him pretty well during our brief time together during the NBA Summer League in 2014, and I became a believer in him almost immediately.

Eight years later, I’m going to be so proud to see him take the court as not only an All-Star from the Western Conference, but as a starter.

I first heard about Andrew when he was at Kansas, and I never imagined I’d be one of his first NBA coaches — but that’s how things worked out for us.

I was just coming off of my first season as an assistant with the Canton Charge, the Cavaliers’ G League affiliate. In May of that year, Cleveland won the draft lottery for the second year in a row (and third time in four years).

They had Kyrie Irving, who they picked first in 2011, and Anthony Bennett (selected first in 2012). Now, they had won the draft lottery again and were expected to select Wiggins first overall.

Me? I was fortunate to get the call to be an assistant coach for the Cavs in the Summer League. I was looking forward to it, especially to have the opportunity to help develop that young talent. I was still getting my feet wet as a coach, and when they did ended up picking Wiggins with the first pick, we were joined.

Andrew, believe it or not, made it easy for us.

With the hype surrounding him, it would have been easy for him to have an attitude or to have a big head or to not be receptive to being coached and pushed, but he was the total opposite. He was kind, patient and absorbed everything like a sponge. It was refreshing.

Even though I was an assistant coach, I worked with him a lot. I was constantly in his ear.

What I respected most about Andrew, and I’m not sure I ever told him directly, was how he handled himself after LeBron announced that he was coming back to Cleveland. We had conversations about it, and I advised him — but he just handled himself like such an adult.

The main thing I tried to get him to understand was that there was going to be an adjustment period for him going from college to the pros and to not put too much pressure on himself. Focus on having fun and take your craft seriously. He did just that.

He was a rare combination of someone who was talented, gifted and confident — yet also calm, quiet and focused. That’s not always the case with young players with promise.

Especially for those who have accolades and notoriety, those players can give off an impression that makes you wonder if they feel like playing in summer leagues or pickup games is almost beneath them. They don’t give it 100% and don’t seem like they’re taking the lower levels of play seriously.

As a coach, you want the best for all your players, but there are some who you actually root for — whether it be because of their work ethic, their character or your personal relationship. And yeah, Andrew immediately became one of those players I rooted for.

In Vegas, after LeBron announced he was going back to Cleveland, Andrew immediately became the topic of discussion and rumors because everyone assumed that he would be traded for someone who could help LeBron win immediately.

During Summer League, he couldn’t go anywhere without people asking him about the rumors, asking him if he was actually going to play for the Cavs and stuff like that — despite it all, he was so positive and upbeat. He remained focused on our common goal.

We had a few conversations about the situation and about his future in the NBA. I’ll never forget Andrew’s perspective. He considered himself blessed to be fulfilling his dream, and his sole focus was to become the best player he could be. He was looking forward to being LeBron’s understudy and learning from him, but knew that it was possible that he wouldn’t get that opportunity.

And if he got traded? He simply knew he was going to give it his all to become the best player he could be for that team that did acquire him.

Either way, he always wanted to be with his coaches in the gym. And he wanted us to push him. No wasted days.

I knew, even back then, that he was going to make it.

Attitude and humility — knowing that you’ve got a lot to learn and taking what your coaches have to say seriously — that’s a big factor when it comes to young guys becoming the best players they can be. And it often makes the difference between someone having a five-year career, and someone having a 15-year career.

Things didn’t work out in Cleveland for obvious reasons, but Andrew developed nicely in Minnesota. There were a lot of questions about his drive and about his ability to fulfill his potential, and that probably contributed to Minnesota trading him to Golden State for D’Angelo Russell.

At the end of the day, though, everyone lands where they’re supposed to.

D’Angelo is doing well in Minnesota with Karl-Anthony Towns and Andrew looks like he just might be the piece that the Warriors need to get back on top.

And you know what? I can’t say I’m surprised.

I’ve believed in him since fate brought us together in Las Vegas back in 2014.

The post Coaching Andrew Wiggins In The 2014 Summer League Made Me A Believer appeared first on Zenger News.