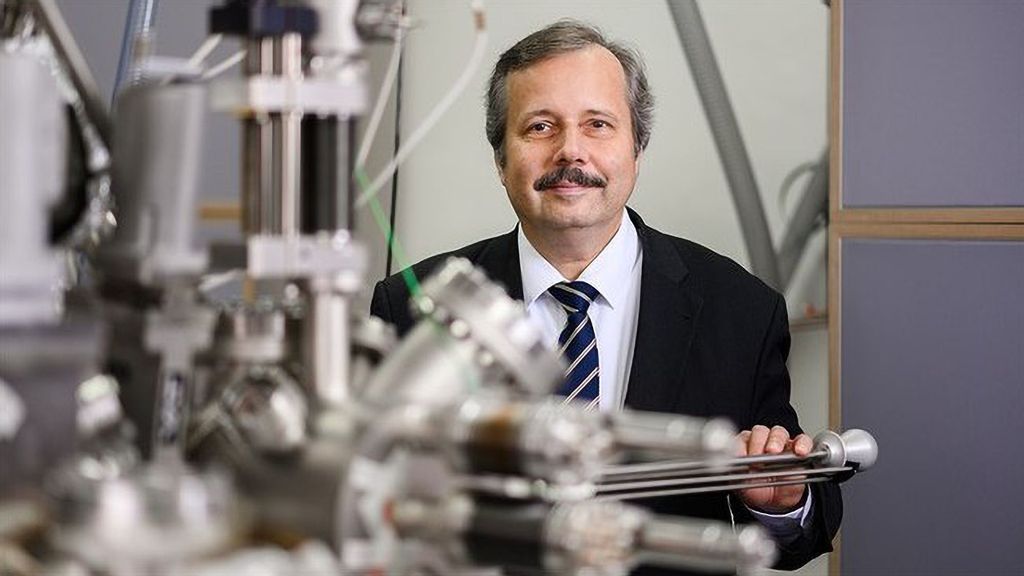 A scientist who accused a COVID-19 expert of hiding that the virus originated in a Chinese lab has been banned from spreading ‘fake news’ after a legal challenge.

Hamburg-based nanoscience specialist Prof. Dr. Roland Wiesendanger said in an interview with German magazine Cicero, published in February of this year, that Prof. Dr. Christian Drosten from Berlin’s Charite Clinic was consciously refusing to tell people the truth about the origin of the COVID-19 virus.

Wiesendanger has said there was evidence that a botched experiment at a Chinese lab was at the core of the pandemic.

The court in Hamburg refused to make any ruling on this claim.

Instead, judges ordered Prof. Dr. Roland Wiesendanger to stop ‘deliberately spreading false information’ about Dr. Drosten, the country’s leading specialist, who he accused of a cover-up over whether the virus first emerged from a research lab in Wuhan, in central China.

In February 2021, Wiesendanger – a nanoscience expert – released a working paper suggesting the virus had escaped from a secret Wuhan research program.

But Drosten, 49, was one of 27 international scientists behind a statement in British medical journal The Lancet condemning theories that the virus was artificially created and did not have a natural origin.

Following the controversial interview in Cicero, Drosten hit out at Wiesendanger by calling him an “extreme character” on Twitter and then filed an interim injunction.

Judges in Hamburg had to deal with the matter when Wiesendanger appealed and now judges at Hamburg’s Regional Court have ruled that Wiesendanger must stop making accusations against Drosten.

Presiding judge Florian Schwill underlined that his panel was not a scientific authority and would therefore not give a verdict on the Wuhan feud.

However, judges said there was no substance to Wiesendanger’s claim that Drosten was deliberately spreading disinformation.

Wiesendanger called the COVID-19 origin issue the defining question of mankind in the past 100 years.

He claimed the whole world was watching as this question was a matter of debate in court.

The physicist said virologists who backed this theory were deliberately covering up the truth.

His lawyer Lucas Brost urged judges to consider the importance of the subject.

Brost said: “No other topic has had more impact on the people of Germany in the past two years. It has to be ensured we debate it with a maximum of freedom of speech.”

Drosten’s advocate Gernot Lehr hit back by stressing that his client would have guaranteed a wide, comprehensive public debate since the outbreak of the virus.

Drosten – an expert on emerging viruses – was appointed to the European Commission’s advisory panel on COVID-19 in March 2020.

He received the ‘Special Award for Outstanding Achievements in Scientific Communication during the COVID-19 Pandemic’. Presented by the German Research Foundation (DFG), the award carries a prize of 50,000 euros ($53,600).

Born in the Swiss city of Basel, Wiesendanger has lectured at the University of Hamburg since 1993. He has been awarded three times in a row with the ERC Advanced Grant of the European Research Council as the first scientist in Europe.

The nanoscience specialist is the author or co-author of more than 600 scientific publications as well as several books.

Germany has registered 26.2 million COVID-19 infections. Around 139,000 fatalities have been linked to the virus.

The Social Democrat announced that travelers would no longer have to show proof of vaccination, a negative PCR test result or a COVID-19 recovery certificate. Lauterbach said the measures would be lifted until the end of August.

The German Bundestag passed a vaccine mandate for employees in all public and private institutions earlier this year. The law came into effect on March 16.