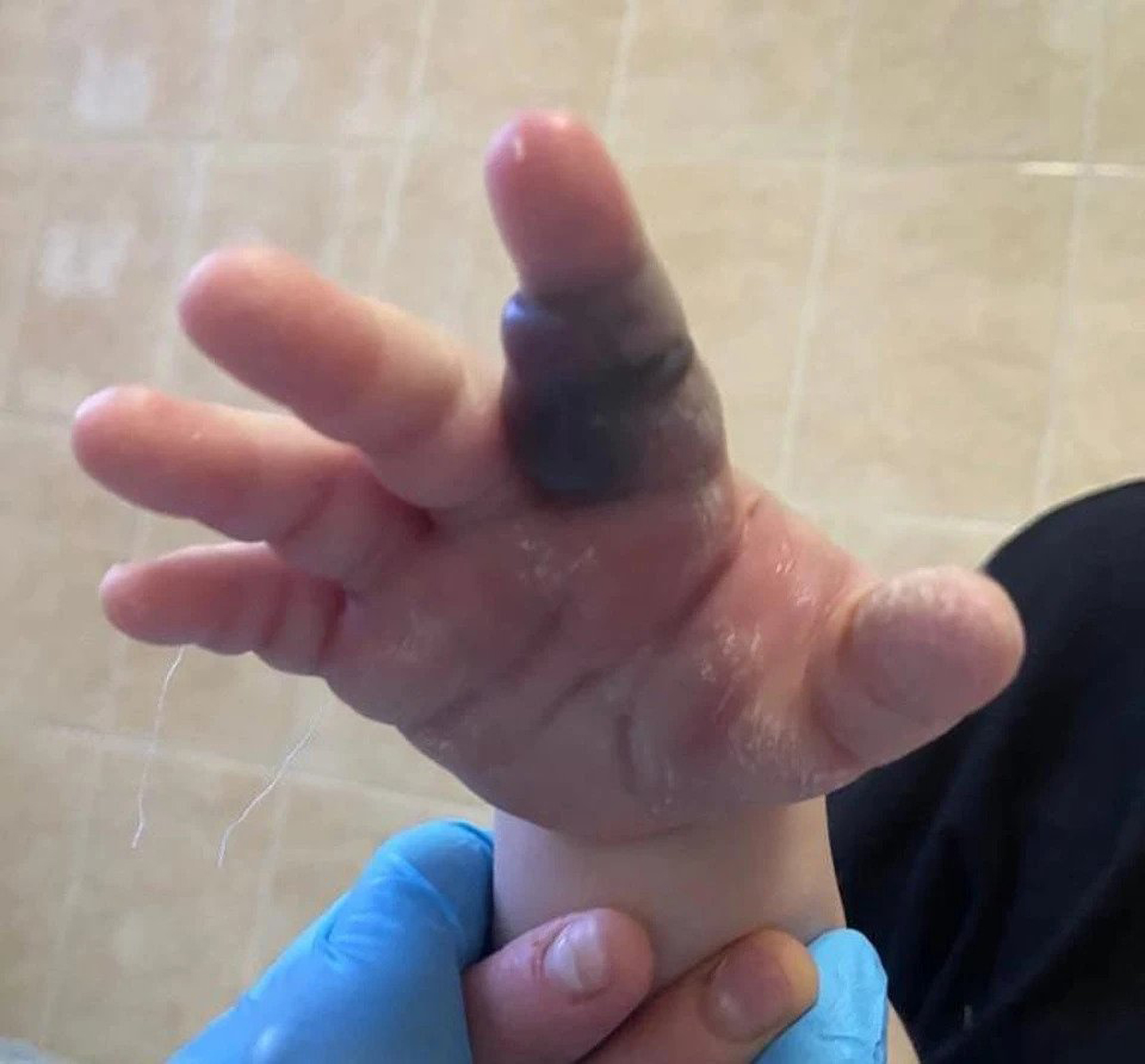 This picture shows the shocking way a one-year-old boy’s hand started to swell and turn black after he was bitten by a viper.

The child had been bitten on the finger while he was on vacation with his mother, somewhere in Russian Siberia.

The pictures – taken on the way to the Kuzbass Emergency Hospital in the Russian Kemerovo region – show huge swelling and discoloration to the young boy’s hand.

His mother, who has not been named, first noticed the bite when her son began to cry and she saw his hand was already turning black.

By the time the boy, who has not been named either, had arrived at the hospital, the swelling had started to spread to the rest of his arm and chest.

Doctors confirmed he had been bitten on a finger by a viper.

Konstantin Sivoronov – head of the department of acute poisoning – confirmed: “Upon admission, the place where the baby had been bitten was clearly visible, there was a pronounced toxic-allergic edema with areas of hemorrhage.”

Doctors, who were not named, provided the child with first aid, prescribed antihistamines, hormonal and blood-thinning drugs and said his survival was touch and go.

But 10 days after the young boy was bitten by the snake, the little lad was well enough to be discharged from the hospital and go home.

Viper bites are not unusual in the region and doctors are trained to deal with them, telling Zenger News that on average they get around 50 cases a year as summer starts to arrive and the snakes become more active.

The doctors said that this was so far the seventh case that they had treated this year.

The statement by local authorities obtained by Zenger News added that the woman had been on vacation in the region in Western Siberia when her child was bitten.

They said: “Viper venom causes bleeding disorders, which can lead to thrombosis and other life-threatening complications, including respiratory arrest.

“When bitten, it is important not to panic and call an ambulance, because the result of treatment directly depends on how quickly it arrives.”

Vipers are venomous snakes that are found in most places around the world and are noted for their hinged fans that allow a deep penetration for the injection of the venom.

It is unclear which type of viper it was that bit the young boy. The Siberian pit viper (Gloydius halys) is one of the species in the region.