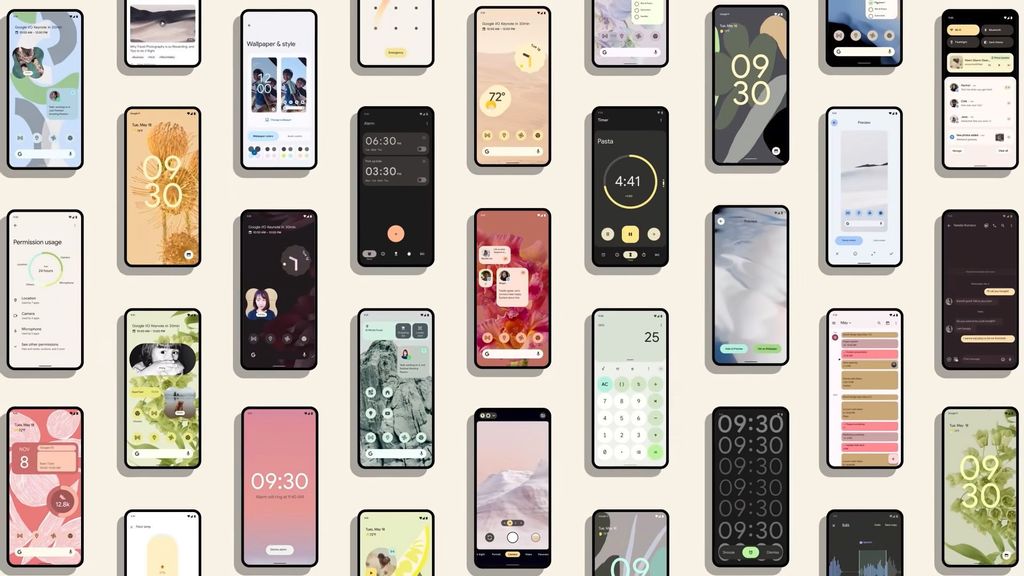 WASHINGTON — Google’s upcoming major release and the latest version of Android — “Android 12” will have one more exciting feature that will make you able to automatically fit your phone’s color palette to that of your wallpaper.

“Starting with Android 12 on Pixel devices, you’ll be able to completely personalize your phone with a custom color palette and redesigned widgets,” Google said in a blog.

“Using what we call color extraction, you choose your wallpaper, and the system automatically determines which colors are dominant, which ones are complementary and which ones just look great.”

“It then applies those colors across the entire OS: the notification shade, the lock screen, the volume controls, new widgets, and much more,” the company said.

To activate the feature, the users have to long-press on an empty part of their home screen until they see the pop-up menu.

Then they have to select “Wallpaper & style,” followed by “Change wallpaper.”

“Tap on one of the categories presented on the Wallpaper screen, and then select a specific image. Or tap on the top button called “My photos” to select one of your own photos,” Sameer Samat, VP of Product Management, Android & Google Play, said.

“Once you select your image, you’ll be shown a preview of what it will look like on your home screen and lock screen. (Two buttons below the preview image let you toggle between the two.) If you’re satisfied, tap the checkmark in the bottom right corner.”

The first beta was released on May 18.

The tech giant said that a pop-up menu will give you the choice of using the wallpaper on the home screen and lock screen, or both.

“And you’re done! You’ll find yourself back on your home page — with your new wallpaper,” Google said.

“If you want to try the themed icons, or use a dark theme, go back to the “Wallpaper and style” page, scroll down a bit, and toggle on either or both.”

When a user uses a personal photo for the wallpaper, the Android 12 feature will automatically choose a matching theme color for the phone.

Google said that if one doesn’t feel satisfied, one can also choose a different color combination for your theme, depending on your wallpaper photo.

“On the “Wallpaper and style” page, select “Wallpaper colors” and choose one of the color combinations shown,” Google said.

“You can also tap on “Basic colors” if you want something, well, basic.”

These style combinations would not affect a user’s phone efficiency or performance.

“This work is being done in deep collaboration between our software, hardware, and Material Design teams,” said Samat.

“We are unifying our software and hardware ecosystems under a single design language called Material You.”

For the unversed, Android 12 is the upcoming twelfth major release and 19th version of Android, the mobile operating system developed by the Open Handset Alliance led by Google.