After Overcoming Addiction, Brandon Chastang Helps Others With Their Struggles 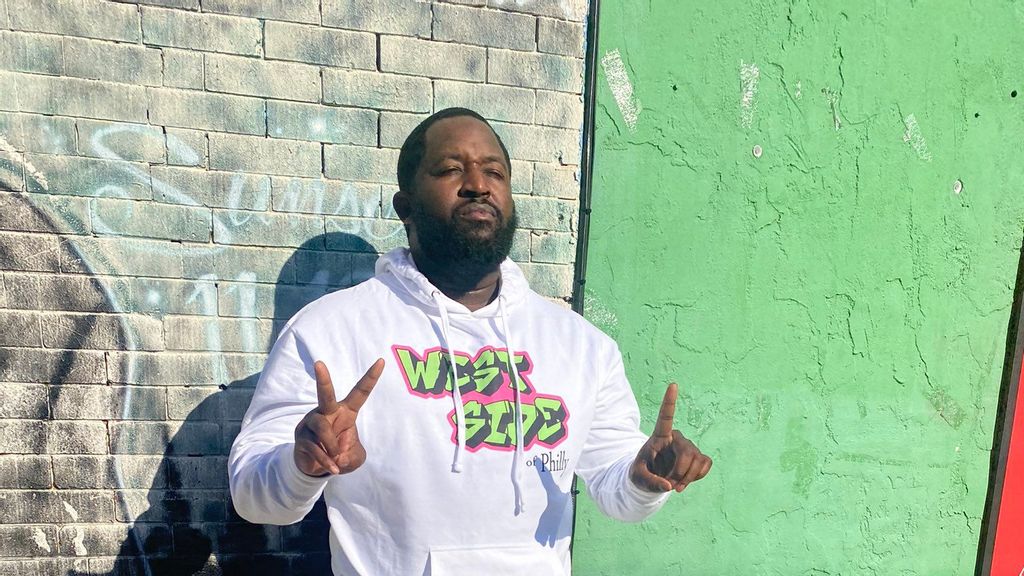 Born to teenage parents who battled addiction, Brandon Chastang — aka B McFly — felt he was born with an addiction trait due to his parents’ struggles. At one point, Chastang’s father was his supplier.

After a July 4 shooting in 2004, a wounded Chastang became dependent on Percocet, a highly addictive opioid typically prescribed to deal with pain. The West Philadelphia native found himself spiraling out of control before suicidal thoughts prompted him to enter a rehabilitation center.

Since his stint in rehab, Chastang has used his voice and multiple platforms to enhance awareness of addiction, share his story and help others who are battling addiction. His B McFly movement — Being Motivated Comes From Loving Yourself — and “Self-Inventory” podcast serve as his sober-message sounding board.

Zenger News reached out to Chastang to discuss his struggles, his successes and his sobriety.

ON THE ROAD TO SUCCESS pic.twitter.com/SFHwBAvyJ3

Zenger: How are you doing, brother?

Zenger: I read about your story, and I wanted to be a part of helping you tell it. Let’s start with your upbringing, which was not an easy one.

Chastang: I’m from West Philadelphia. I know that sounds real cliché because of Will Smith, but it’s the truth. My mother and father were on drugs. They had me at a young age; my mother was 14 and my father was 16. I was raised by my grandmother. I was mentally and physically abused, but not by my grandmother. I sold drugs for my mother and bought drugs off of my father to use. It’s a messed-up situation. They are both deceased now.

Zenger: You developed a dependency for pain meds after being shot, correct? Do you feel you were predisposed to addiction because of your parents?

Chastang: Yes. As I said, my mother and my father were both on drugs. So, I believe in my heart that I picked up an addictive personality. It was just a matter of finding the right drug for me. And that’s what happened. Percocet was my drug of choice.

Zenger: Many will keep addictions a secret or not even so much a secret, but even after sobering up, they will withhold some information from their addict days. Why is it so important for you to tell your full truth?

Chastang: I finally realized you can’t be ashamed of your story. The reason so many people don’t get clean and sober is because they are afraid to let it be known that they have an issue, and they need to be helped. I can just imagine if people came out of their shell and said, “I need help,” a lot more people would be sober today.

Zenger: Was it a scary place for you?

Chastang: There is always a sense of nervousness because you don’t know what you’re about to get into. You don’t know if people are really here to get themselves together, or they’re here to get off the streets for a bit. And again, some people are mandated. The guys that are mandated, they really don’t care. They are just doing that so they don’t go to jail. It’s sad.

I think the reason why it’s fully not jail is because I think some people understood that I was there for a reason. I did the best that I could with my body language to let people know why I was there.

Zenger: Rehab is usually attached to a rock bottom. Was that the case with you?

But I felt like me taking pills would be a peaceful death, and God just kept waking me up. I think we need to stop saying, “God answers my prayers.” Because I was hoping and praying that God didn’t let me wake up the next day. I think we need to say, “God is going to put you in a position and whatever he feels like you can handle, you’re going to handle it.” I have four children, and the help of my last two kids’ mother, who kept fighting, too. So I went to rehab. I did 30 days in a rehabilitation program and one week in detox, and then three weeks in the rehab facility area.

Zenger: How long have you been sober, and what has that been like for you?

Chastang: I’ve been sober for 3 years and 4 months. I tell people, you never have your sobriety completely under control. It’s like a disease or a virus. In a nastier way to put it, it’s like having herpes. You may not see anything, but you’re going to always have it in your system. That’s what the disease of addiction is. I will always have it in my system at times when I definitely wanna use.

But me not using, I look at my position right now. Even with this interview. I take every interview like it’s the best-seller to staying sober interview ever because I wouldn’t be getting these types of interviews if I wasn’t sober. On top of me helping people stay sober. I get several calls, “How did you do it?” That helps me stay sober.

Zenger: How does your Being Motivated Comes From Loving Yourself help keep you on the right path?

Chastang: When I finally got sober, I realized that there were things that I didn’t like about myself, I didn’t love about myself. One thing we gotta realize is, a lot of us are narcissistic because we have been doing what we love to do, and no one has ever told us what we’re doing is wrong. Once I started understanding myself, it was like, “Wow! I really don’t love this about myself.” I had to swallow my pride, dig deep down inside myself, discover my own diamond and say, “This is why I’m at where I’m at today.” The more that I stayed motivated to love myself, the more I’m going to keep going to the next level.

Zenger: You also have a podcast titled, “Self-Inventory,” which is another way for you to get the word out. Is having all of these avenues to speak therapeutic for you?

Chastang: It is! You hit that right on the nose. It’s very therapeutic because it’s a natural high for me. Sometimes I be in this groove and it’s like, “I hope I don’t turn 50 and then finally get it.” But at the end of the day, the more I get on another level with my craft, it’s worth it. I love doing it. Creating skits, talking to people and hearing their issues, all of those things feel beautiful, and it is very therapeutic.

Zenger: Tone Trump has unintentionally steered me in the direction of several people with intriguing stories because he doesn’t mind sharing someone’s good news. I appreciate your time and your willingness to share your story. Continue to inspire, brother.

Chastang: It’s an honor to know that someone wanted to hear my story. I hope people will take my story for inspiration. Don’t be afraid to discover your own diamond. Someone could tell you, “Yo man, you’re talented, you’re gifted, you can do so much,” but you gotta believe in you. I can be reached. I’m accessible.

And I gotta speak briefly on Tone Trump. Me and him are from West Philly. I have always seen Tone Trump doing big things, and I’m like, “How does this brother do so many big things without having the type of exposure like other people?” And I figured it out: He’s not a dry hater (laughing). I call people that are in a position to help but don’t, dry haters. Trust me, he’s not that, so shout out to him for linking us.

(Edited by Matthew B. Hall and Judith Isacoff, Visuals edited by Claire Swift)

The post After Overcoming Addiction, Brandon Chastang Helps Others With Their Struggles appeared first on Zenger News.