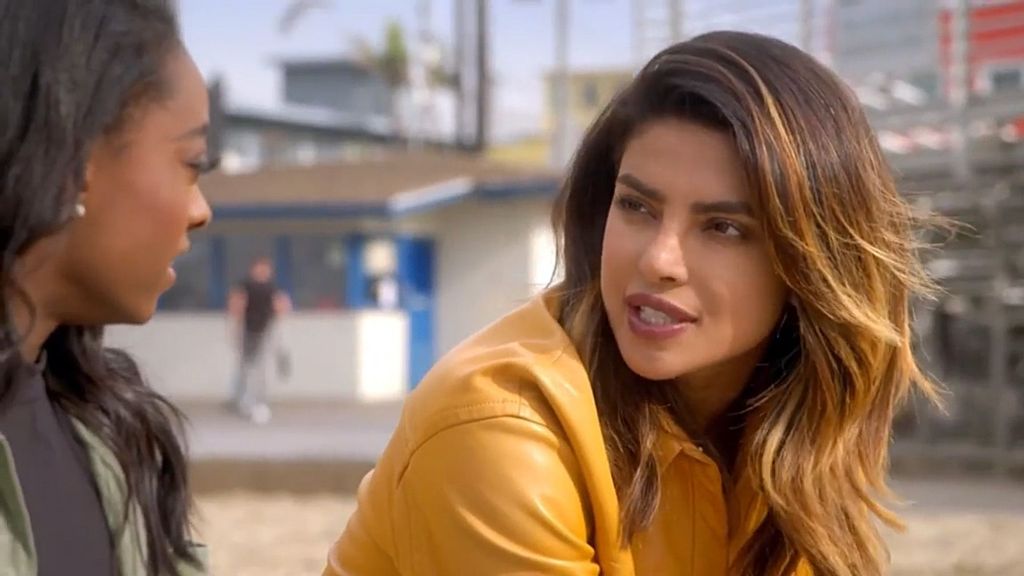 NEW DELHI — Actress Priyanka Chopra has extended her support to American gymnast Simone Biles for her decision to withdraw herself from the Tokyo Olympics to focus on her mental well-being.

The “Fashion” star took to her Instagram handle to share an old interview from her YouTube show “If I Could Tell You Just One Thing” with the United States gymnast. In the video shared by Chopra, Biles could be heard disclosing the hardships an athlete faces while preparing to compete on a more extensive level.

In the clip, Chopra asks the 24-year-old athlete about the pressure she feels in her field.

“I feel like that’s the hardest part of my career. I don’t want to say job, because I chose this. Always meeting people’s needs, every single day, all the time, is probably the hardest thing that I go through,” said Biles in the video.

“When you fail, does it crush you?” Chopra asks further.

“Yes. I feel like if I don’t meet their needs and if I failed… even at the Olympics, everybody wanted me to win six golds or this or that… I didn’t meet those needs, and I was really down on myself, especially after the beam. Even though I still medalled, everyone was like, ‘What the heck is a bronze (sic),’” said Biles referring to the 2016 Rio Olympics, where she won four gold medals and a bronze on the balance beam.

“Therapy needs to be normalized, it is everything. I feel like nowadays if you say you are going to therapy, nobody questions you anymore.”

“But before if I said I was going to therapy, (people would say) ‘Are you going to a cuckoo doctor?’ And that’s why I think therapy today is so important, and it needs to be normalized,” said Biles.

Alongside the video clip, Chopra wrote a lengthy note.

“I had the joy of getting to know Simone Biles a few years ago, and she blew me away then with her vulnerability and self-awareness,” she wrote alongside the post.

“Simone, yesterday we were reminded why you are truly the GOAT and why nothing supersedes taking care of ourselves… body and mind. I cannot fathom the impossible pressure you all perform under, but knowing where you need to draw the line and step away— TO CHOOSE YOURSELF— is most important.”

“Only when we are okay can we perform at our best, and enjoy doing so. Thank you for helping normalize that even under tremendous pressure, it’s ok to be human. Thank you for your courage and strength.”

“You are a role model, and just like the rest of the world, I’m so inspired and awed by you. Once again, you have shown us what it truly means to be a champion. Sending love.”

Bollywood stars like Deepika Padukone, Alia Bhatt, Varun Dhawan, and more heaped praises on the United States gymnast who pulled out of the women’s team event on July 28, 2021, faltering mid-air on the first apparatus. This vault is her specialty.

Team USA continued without her and won silver. After a medical assessment, Biles also withdrew from the individual all-around event.

Last week, Biles had become the first Olympic athlete to have her customized hashtag emoji on Twitter.

The post Priyanka Chopra Hails Simone Biles After She Withdraws From Olympics To Focus On Mental Health appeared first on Zenger News.