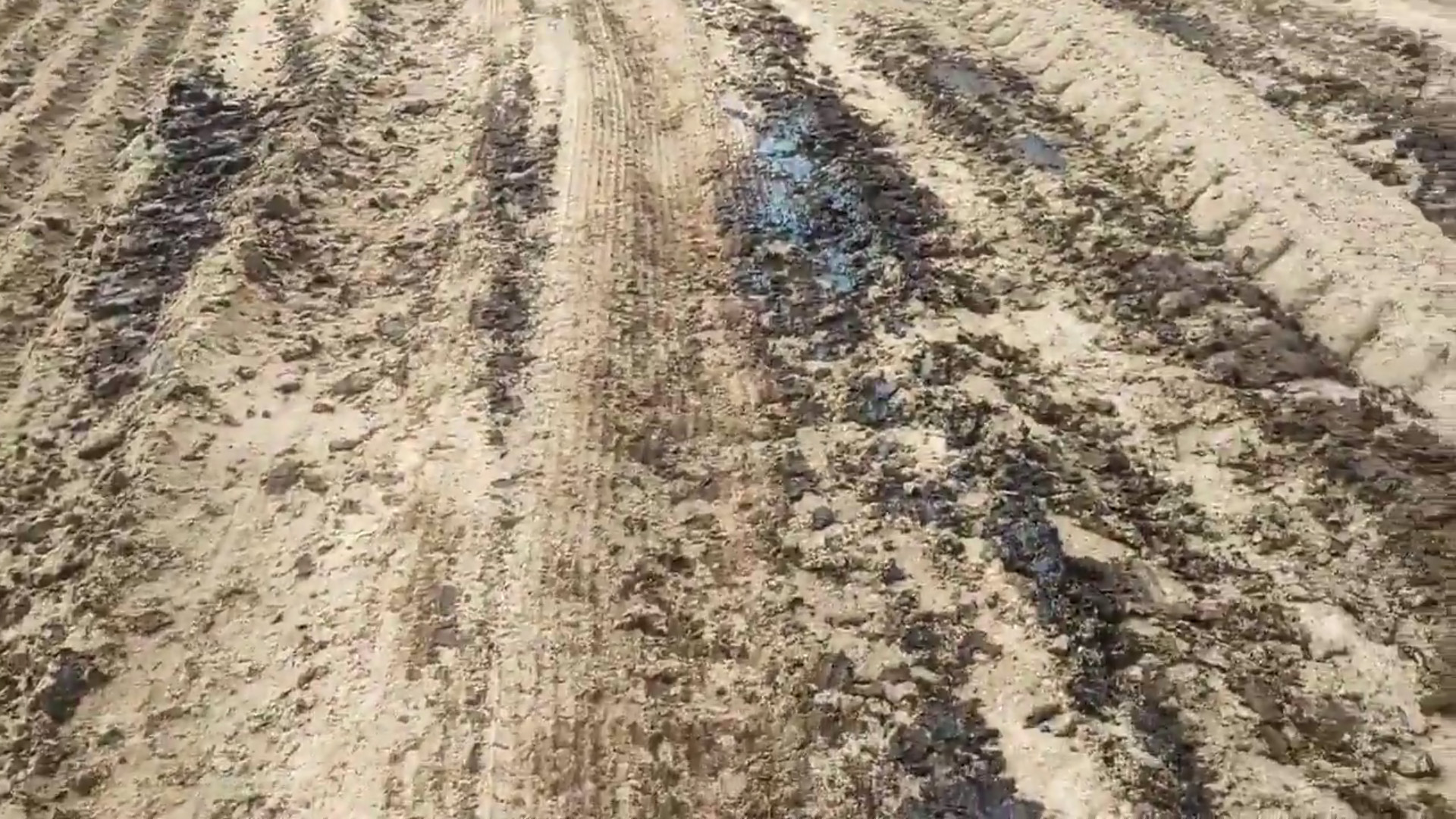 MUMBAI, India — The sand on over five kilometers (3.10 miles) stretch of Mumbai’s Juhu Beach turned black due to an oil spill on Aug. 5.

People, who came for a walk in the morning, said that the oil in the seawater was flowing towards the shore that has turned sand in black.

Mumbai Mayor Kishori Pednekar said that the administration would inspect the situation at the beach.

“I will assign a ward officer to inspect the oil on the Juhu Beach,” said Pednekar.

“We do not know the reason yet, but we will share it whenever we have the information. Usually, we put sand over it, but first, we will inspect the situation.”

“We have never seen oil in the beach and the seawater. It has happened probably due to the breakdown of a steamer,” said Pramod Virkar, a resident.

“The sand is sticky, and we cannot walk on it. It will also harm the marine life and the environment,” said Hari, another resident walking by the beach.

The Indian subcontinent, due to its demographic and climatic conditions, is one of the most disaster-prone areas of the world.

A coastline of over 11,555 kilometers (7,179 miles) with extensive maritime activities across the region, exponential increase in maritime trade, exploration activities coupled with the large quantum of liquid bulk cargo including Crude, Petroleum & Chemical products handled at the ports; further necessitates balancing development whilst ensuring a sustainable environment.

No large spills were recorded in 2020. Similarly, there has been a significant decrease in the quantity of oil spilled through the decades, as per reports. In the 2010s, approximately 164,000 tonnes of oil were lost from tanker spills of 7 tonnes and above, a 95 percent reduction since the 1970s.

However, in May, a Singapore-registered MV X-Press Pearl laden with oil and caustic chemicals caught fire and sank.

The ship started from Qatar in the U.A.E. and was anchored off the port city of Negombo, about 11 miles northwest of the capital of Sri Lanka, Colombo, when flames broke out on May 21.

“It included nitric acid, methanol, sodium methoxide, cosmetics, methane, caustic soda, so on and so forth. It was carrying 350 metric tons [385 tons] of oil in its tanks.”

However, there was no oil spill.