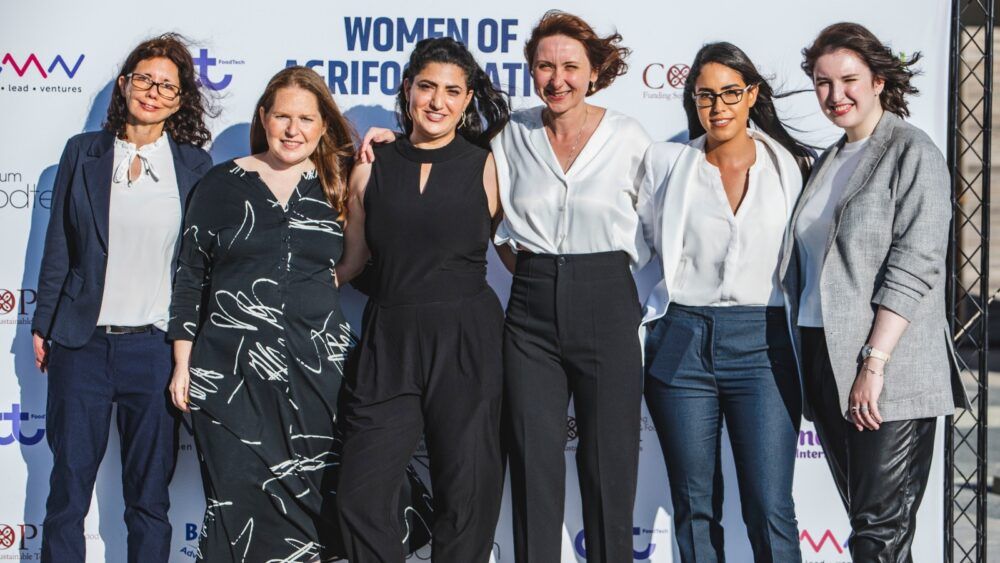 However, climate change has effectively increased the frequency of drought periods in some of these regions, harming crop harvest in the process.

Although changes in temperature affect each crop differently, rice, corn and soy–three of the four most globally consumed grains–are experience the most severe impacts.

Add these factors to rising population growth, and smaller countries will have to grow their own produce sustainably, reducing reliance on exports from the world’s major breadbaskets.

Agricultural technologies are essential to achieving that end — and Israel has 440 active companies in this sector.

One startup, Fermata.Tech, has developed a successful solution for greenhouses involving artificial intelligence (AI) to facilitate plant growth by identifying diseases and detecting the presence of pest activity early enough to remedy the problem.

“We install special cameras in greenhouses that observe and take pictures of every single plant,” said Fermata CEO Valeria Kogen.

“Then the AI analyses the images and identifies what’s really going on, like whether the plants are healthy or unhealthy, which diseases or pests might be present, or the rate at which the plants are growing — whatever the farmer needs.”

To date, Fermata’s methods have enabled greenhouses to cut disease-related harvest loss by 30 percent to 40 percent and reduce active human monitoring by 50 percent, according to the company’s trials.

$7 billion worth of crops lost to disease

“Workers tend to only notice when a plant is infected once the disease has already spread, which is where a lot of production is lost, making it one of the main sources of food waste on the planet,” said Kogen.

“Up to 40 percent of greenhouse and open field crops are lost due to disease, and this generates an annual financial loss of $7 billion.”

Because the workers who visually monitor plants growing inside greenhouses are not trained agronomists, they need to contact an agronomist to determine how best to proceed with the affected plants if they see something questionable.

“On average, agronomists come and inspect plants once a week, but this takes up a lot of time, especially when these greenhouses host upwards of 10,000 plants,” said Kogen.

“Obviously, human vision is limited. It’s like a jungle! So, it’s just not realistic to monitor every leaf of every plant every day. Artificial intelligence replaces this process and makes it automatic.”

To develop their AI system, Fermata paired with a team of agronomists to create an extensive database of high-quality plant images, each accompanied by images of what they look like when afflicted by certain diseases or pests.

When the image sensor technology detects a crop, it is automatically matched against this programmed data and analyzed for its health status.

“Our core expertise is in software development, and we developed this AI solution to make it possible to analyze images and then define what’s going on with the plants in these images,” said Kogen, who was a finalist in the 2021 Israeli Women of AgriFood Nation competition.

“Every session with a particular client starts with a conversation about what is important for them because our alerts very much depend on what type of crop, region or resources the farmer has,” she said.

While some farmers want to be aware of any and every issue, others prefer not to be alerted about select issues they lack the resources to address.

“It’s important for us not to bombard clients [with data] if they don’t have the capabilities to fix it. So, we try to be flexible to fit their needs. However, because we make it more feasible to monitor plant growth and detect disease ahead of time, it helps the farmers reduce the use of agrochemical inputs,” said Kogen.

While Fermata has its fair share of competitors, Kogen says its product is customizable, efficient and simple to use.

“First, we’ve designed our AI in such a way that it’s very easy to switch from one type of crop to another and one type of task to another. Plus, we have great quality data that makes the product really competitive. We’re not only focused on tomatoes or cannabis, or flowers; our AI can handle all of them and much more, which makes it really scalable,” she said.

The second advantage is an easy installation process the clients can do themselves. And because Fermata has experience working with conventional greenhouses and other types of indoor farms, including vertical farms, the instructions that come with the product can be modified according to the client’s particular growing space.

“Even if we have a client tomorrow in South Africa or Brazil, it’s not an issue for us. We just send our equipment with instructions, and within a couple of hours, the system can be up and running,” said Kogen.

“The indoor trend is really growing. In many countries, especially in Asia, there is a lack of space for traditional agriculture, so it’s important to use any available industrial space for efficient food production. Our technologies make indoor farms competitive.”