Our Favorite Black Fathers From Television

Father’s day is just around the corner, and we hope you already have plans for the special man in your life. If not, we have some great last-minute gift ideas to consider from black-owned businesses here. While we are on the topic of fathers, we want to take out some time to honor and recall some of our favorite black fathers from TV. There are plenty of POC shows out there, but few of them focus on the role of the Black man in the family. We have put together a list of some of our favorite positive black fathers and role models on television over the years. 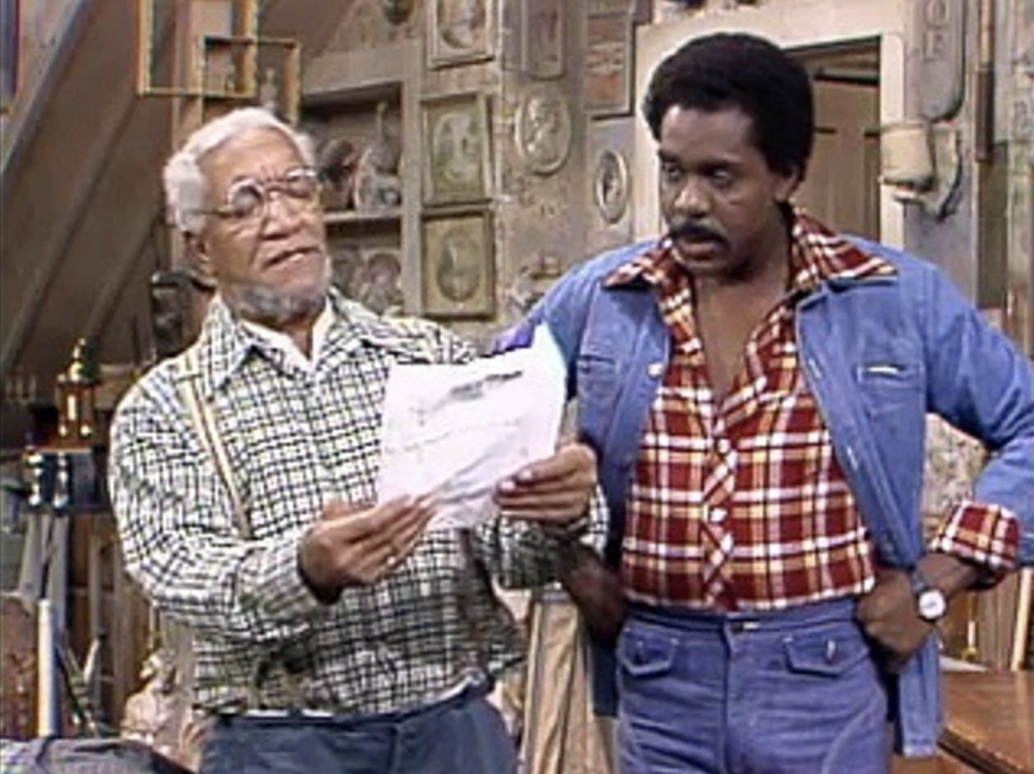 Lamont and Fred Sanford portrayed the perfect father-son relationship in both black TV, and on TV in general. This strong black father explored the complicated and often comical relationship of a black father and his son. There were ups and downs, but they always stayed together regardless of what society and the times had to throw at them. In terms of showing an accurate representation of a black father, Fred Sanford was as accurate then as he would be even today. The character was actually modeled after a real person and his son which makes it more heartfelt than many other portrayals of the time. 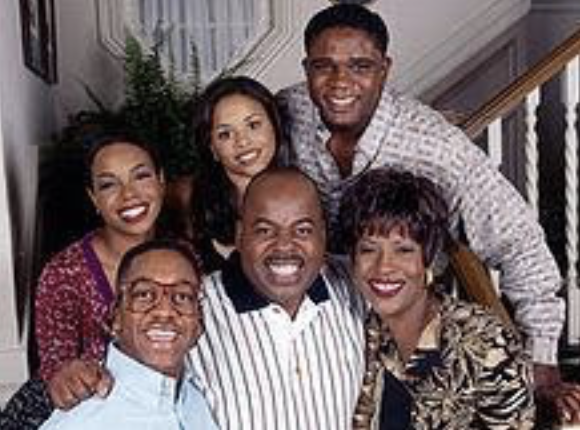 Family Matters was an innovative show at the time it aired. It featured Carl Winslow, a gentle, caring, intelligent black father who also happened to be a police officer. The show covered a wide range of hard topics that shows today shy away from. One of the most important aspects of his character was the morally correct and present portrayal of a black father. While many people think of Erkel, Carl’s dedication to bettering his community and raising a strong, united black family is what lands him on our list.

George Jefferson – All In The Family/The Jefferson’s 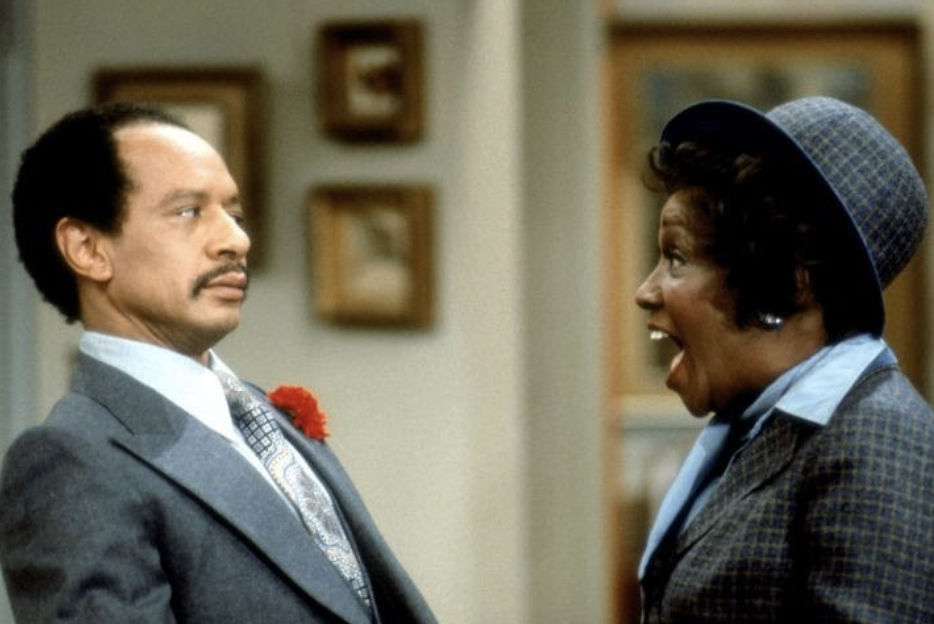 George Jefferson is one of the greatest black characters in TV history. He not only provided a cast amount of comic relief, but he also showed the world how motivated black families and Black Fathers in particular were to improve their circumstances. The shows aired during a time where racism and the advancement of POC were especially difficult. Unlike other portrayals of the time that showed black people as subservient, George Jefferson made sure not to be pushed around by anyone regardless of their color. What is also notable about his character is that he was cast as a millionaire in the post-Civil Rights era living in the swanky side of town. While that may not seem like much to talk about today, during the time it was generally unheard of. 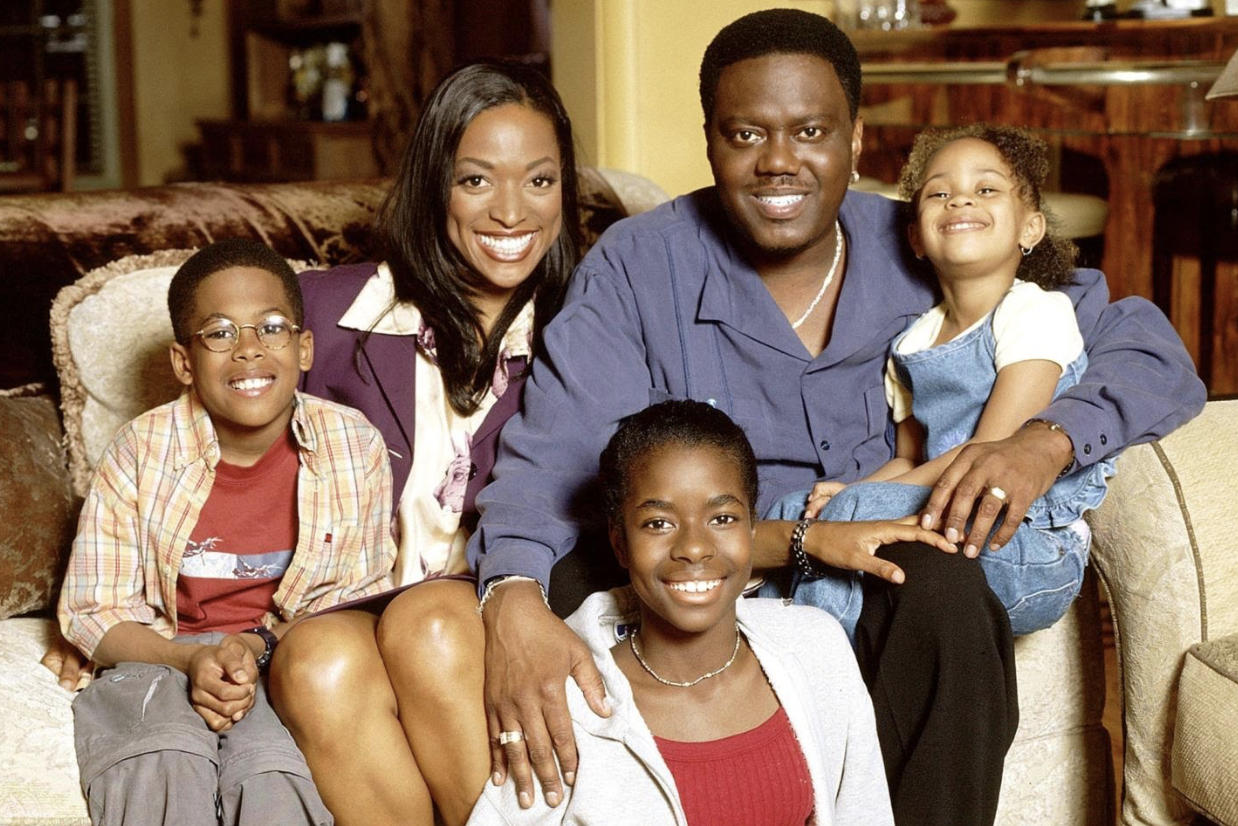 In the black community, it has always been said that it takes a village to raise a child. Bernie Mac not only shows that to be the case but also highlights the bond between siblings and also extended family. He may not be the traditional father, but after the passing of his sister, he takes on the responsibility of raising her children. Both Bernie and his wife do the best they can with the skills they have. He shows the realities of being thrust into a complex situation, how loss affects black families, and how to preserve in spite of it all. The character is real and full of comedy gold while also showing the dedication of a black father figure. 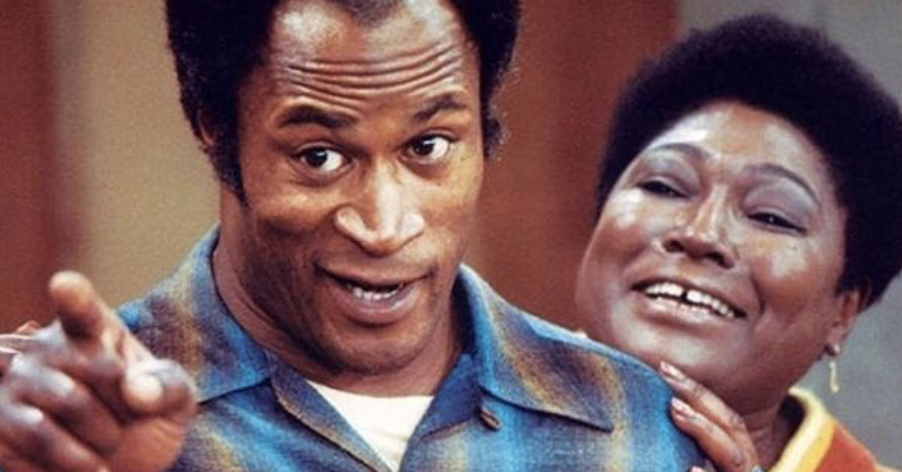 If you want a closer look at an authentic black father during the ’60s and’70s, what better role model to watch than James Evans. He worked hard with the goal of moving his family out of the poor area in which they lived. The show highlighted the struggles, sacrifices, joys, and disappointments that very accurately reflected the times. Many shows would give a glimpse of what it meant to be a black father, but in the end, only show a polished character without flaws. With James Evans, the flaws and the positives were shown in equal measure. We love that black love in all its glory was celebrated and showcased on this show. James loved his family and in the show literally worked himself to death to take care of them as was usually the case. 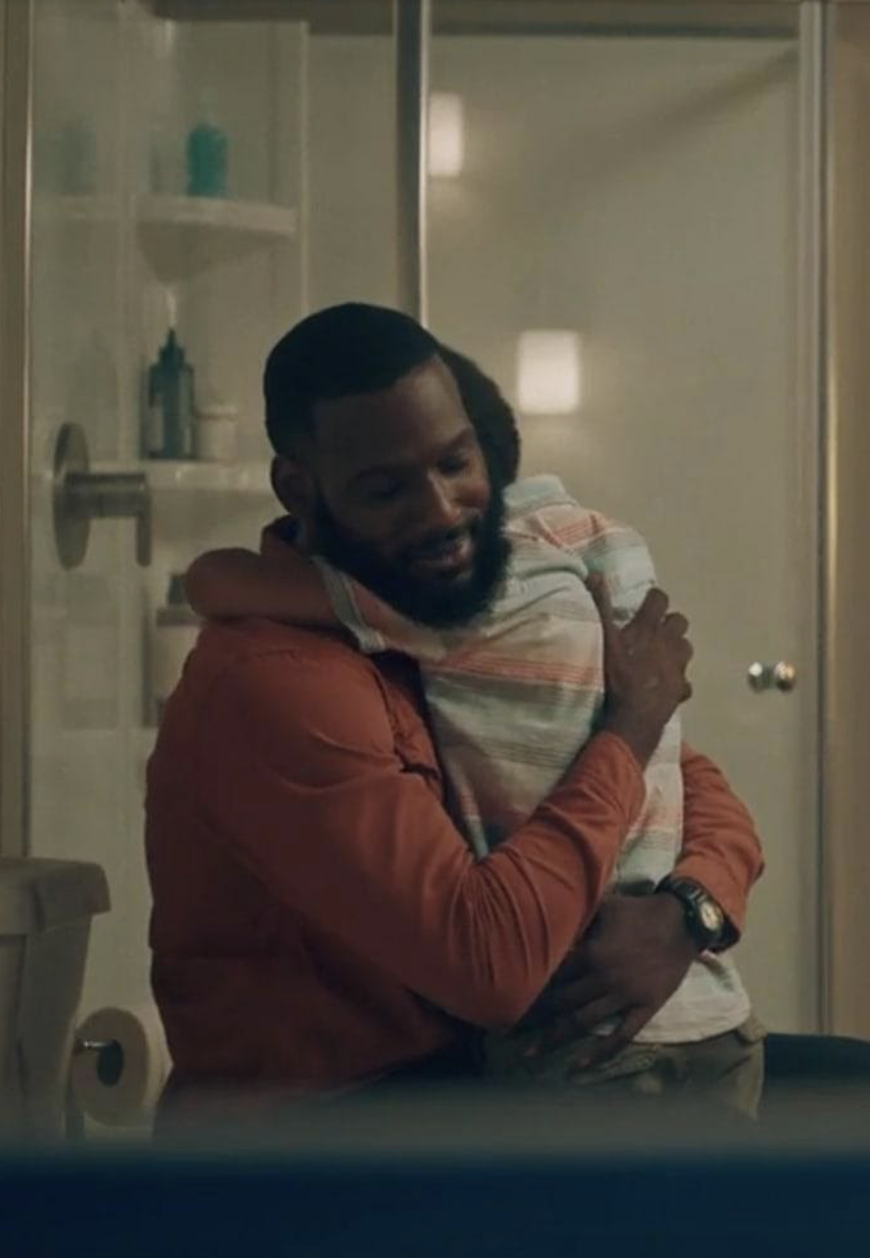 With the networks full of action-packed shows or sappy YA plot lines, it is refreshing to see the modern black father on the screen. Ralph Angel Bordelon in the show Queen Sugar is one of three siblings in Louisiana who must take care of the family farm following the death of their father. He starts out as a single father with a prison record and his character develops as the show explores the deep relationship between him and his son. The show explores love, betrayal, drama, and everything else that comes with being a black family in the south. Despite the ups and downs and even the questions of paternity, Ralph Angel maintains a positive role as a strong black father who does what’s right to take care of his family. 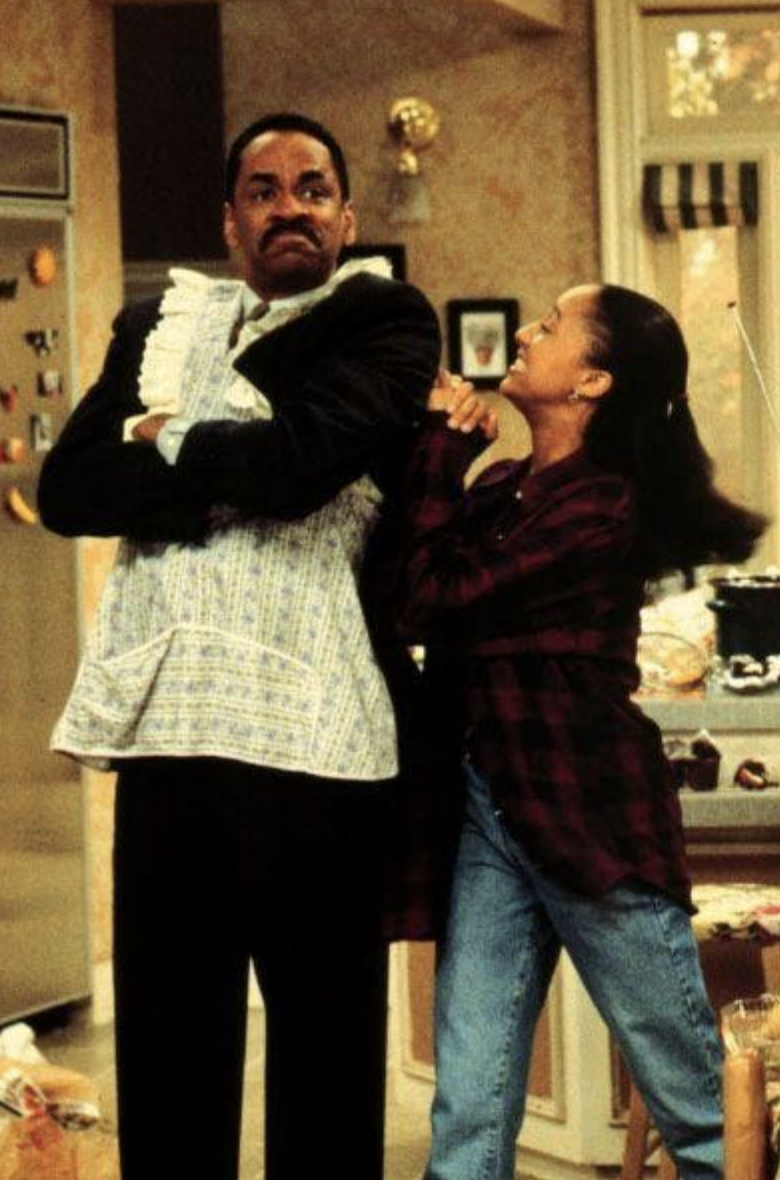 Single fathers are not frequently shown on TV, let alone black single fathers. Ray is a smart, loving, and gentle black man who adopted a daughter and raised her to be an impressive woman. In the show, he also becomes a surrogate father to the twin sister of his adopted daughter and goes out of his way to ensure the happiness of both children. Too often in TV and media black men are portrayed as hard, uncaring, and absent parents. Ray highlights the nature and depth of emotions that a black father has as well as the lengths through which he will go to provide a stable domestic environment for his family.

Honorable Mentions From The Narrative Matters