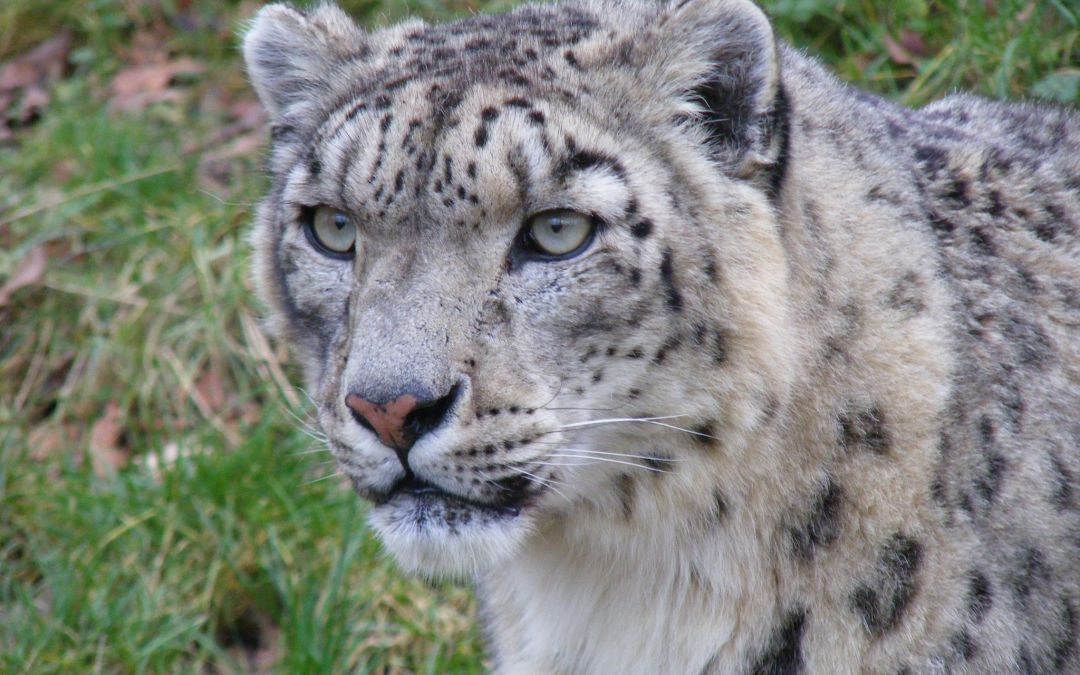 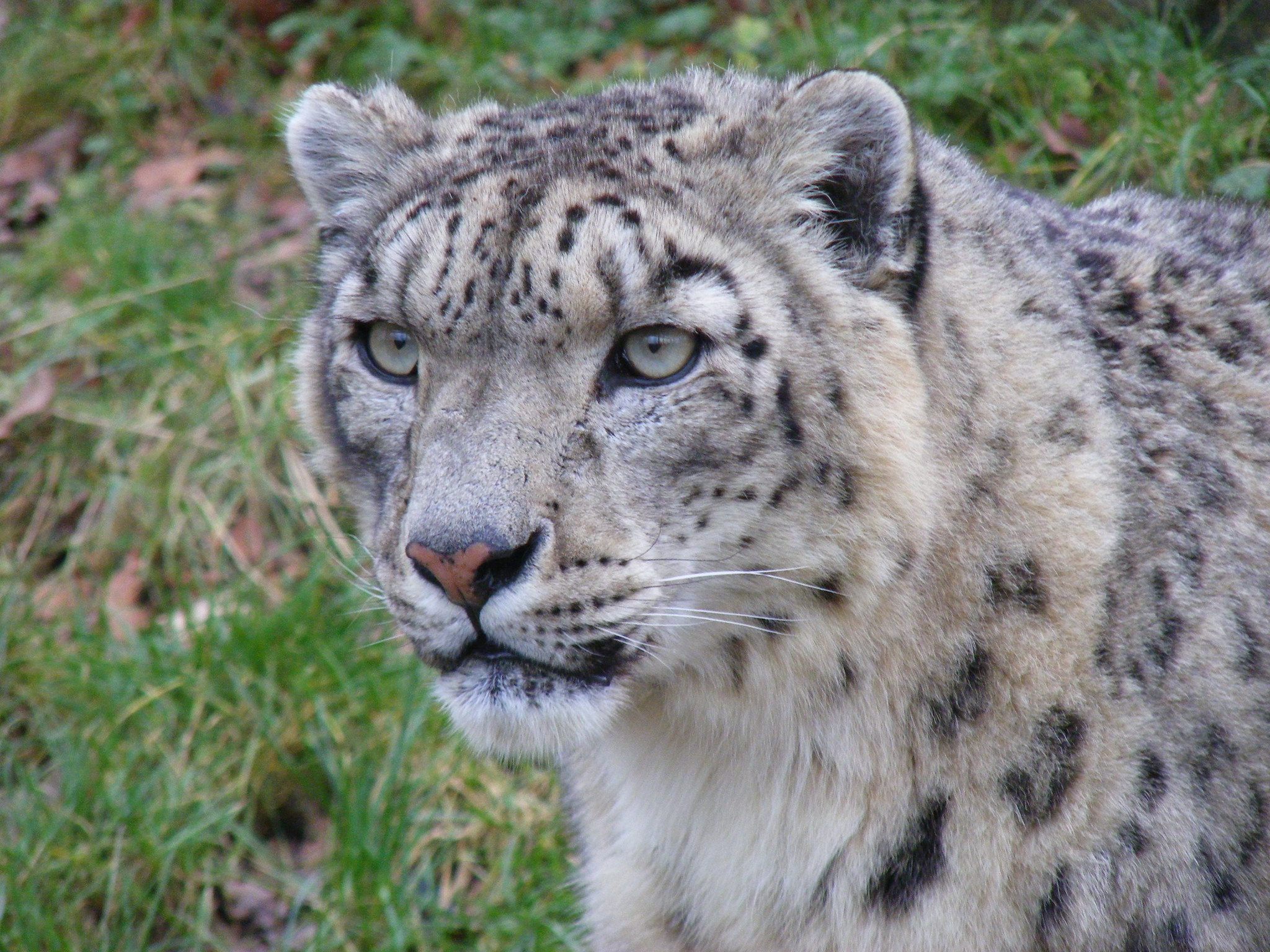 Visitors to the Bronx Zoo in New York might meet Leo the snow leopard, but they will hardly know he came all the way from Pakistan.

“I raised him like a child,” said Kamaluddin Rummi, an official of the wildlife department in the Gilgit-Baltistan area. “He used to sleep in my bed. He went to Bronx in 2007.”

Not every snow leopard in the area is as lucky as Leo, though. Poaching and conflict with local communities threaten their lives and habitat. Only last month a mother and two cubs fell victim to poachers near the Hoper Glacier in the region over which both Pakistan and neighboring India lay claim. The poacher was arrested on August 6, after he uploaded a picture with the dead leopard on social media.

The man not only confessed to his crime but also named his friends as accomplices, telling the authorities that they had set the cubs free after killing the mother. The poachers have been fined and jailed, and despite the local forest department launching a search for the two cubs, none were found.

“We set up a camp near the place where the snow leopard was killed,” said Mohammed Mujeeb, a forest officer in the Gilgit-Baltistan range. “Twelve days had passed when the culprits were apprehended. The chances of the cubs’ survival were nil.”

The officials managed to recover the skin of the dead animal. In the local black markets of Gilgit Baltistan, the hide would have fetched $2,000. But, according to Mujeeb, once shipped to other major cities like Karachi, Islamabad, and Lahore, the price could go up to $6,000.

The efforts of the forest department did not go unnoticed by the World Wildlife Fund.

“We are extremely saddened to learn about the recent poaching incident involving a female snow leopard,” WWF tweeted, following up with praise for the authorities involved in the apprehension of the poachers.

Nicknamed “mountain ghost,” the elusive snow leopard is rarely spotted in the wild. Wildlife experts estimate about 3,500-7,000 of them are left in their natural habitat worldwide, according to the Snow Leopard Foundation, a not-for-profit organization that works towards the conservation of big cats in the country. And only around 200-420 of them are in Pakistan, the foundation says, quoting the Snow Leopard Trust.

“Our own survey has shown that number is not more than 200,” said Ali Nawaz of The Snow Leopard Foundation. “In the past, it was more a guesstimate rather than scientific. We have done a survey on scientific grounds. Having said that, it is very difficult to come up with exact or near to exact figure of such an elusive animal.”

In Pakistan, the leopard’s habitat is spread over nearly 31,000 square miles (80,000 sq km), of which 60 percent is in Gilgit-Baltistan, the foundation says. Other provinces of the country where the leopards have been found include Khyber Pakhtunkhwa and Pakistan-administered Kashmir.

About 220-450 snow leopards might have been poached annually worldwide since 2008, says a 2016 report by Traffic, a global nongovernmental organization working for the preservation of biodiversity. This in turn means the number of poaching episodes is at least four a week. But this is likely a low estimate, the report notes, as wildlife crime is difficult to detect — especially given the difficult terrain and governance issues in disputed territories.

Nawaz likened it to coming up with a number for smuggling. “According to our poaching and trade survey, eight to 10 snow leopards are killed annually in Pakistan,” he said.

Several programs try to preserve endangered animals in Pakistan by involving the local communities. The local population benefits from the funds only if they lend a hand to protecting wildlife. One such program is trophy hunting, introduced in the 1990s — but not hunting the snow leopard, of course.

Every year, the governments of Khyber Pakhtunkhwa and Gilgit-Baltistan issue licenses to domestic and international hunters to hunt endangered markhors, a large wild goat, which is the national animal of Pakistan. Communities that agree to prevent poaching of carnivores are given the lucrative annual permits. Across Pakistan’s snow leopard range, village cooperatives raised nearly $670,000 in 2019 from the permits, according to the wildlife departments of Khyber Pakhtunkhwa and Gilgit-Baltistan.

“Earlier, markhor was just a large goat, but now it is a goat worth millions,” said Zakir Hussain, Chief Conservator of Wildlife for Gilgit-Baltistan.
He said four permits to hunt markhors were issued in 2019 for $667,000, of which 80% percent went to the local community. “They are bound to spend 50% of the amount on social development and another 20% on habitat development,” he said. “This way they feel ownership of the wildlife in their areas. And this ownership has resulted in an increase in the population of markhors in Gilgit-Baltistan.”
A growth in markhor population a win-win for goats and snow leopards, who need wild herd animals to sustain their population.

But the conflict between humans and animals continues. Every year there are reports of livestock attacked by snow leopards and of the big cat being shot by angry people.

“Retaliatory killings are a knee-jerk reaction,” said Nawaz. “When they happen, communities try to cover it up to prevent trouble with the authorities and (conservation program funding) investors.”

For a herder living in the snow leopard’s habitat, the health and well-being of their livestock are inseparable from their livelihood, which a snow leopard attack has the potential to destroy. “A single attack can result in the loss of up to 25 domesticated animals,” the Snow Leopard Trust says, and given the poverty in the region, it is next to impossible for a family to recover from such a loss.