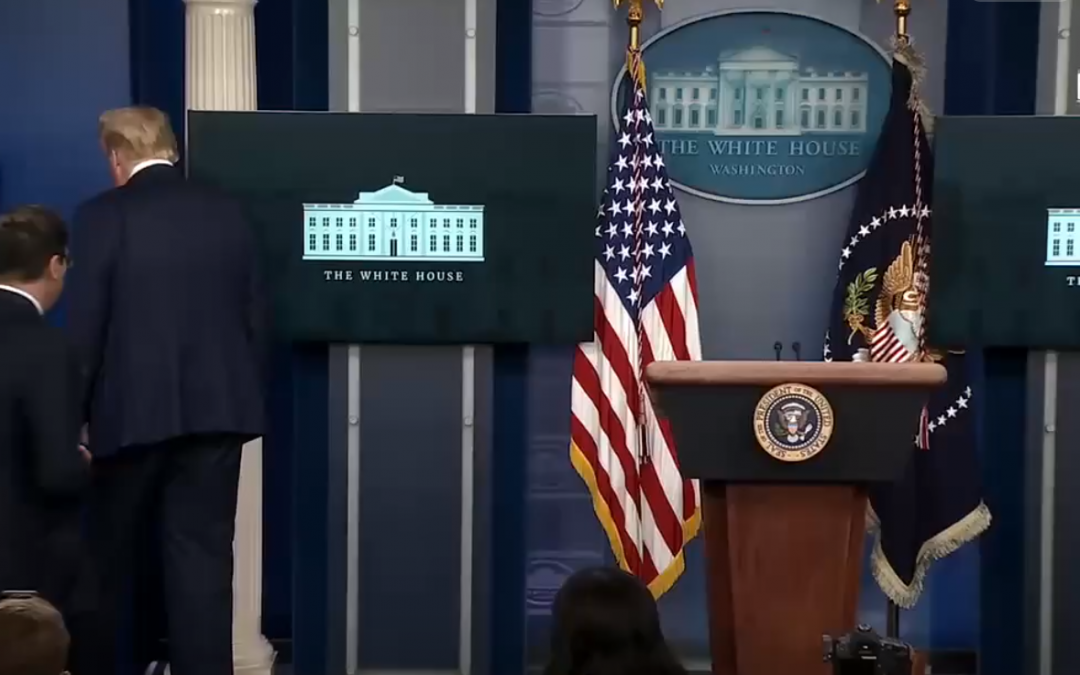 A U.S. Secret Service officer pulled President Donald Trump out of a press briefing on Monday.

The officer stepped onto the speaking platform a few minutes after Trump began speaking, telling the president he should “step outside.”

The White House then went on “lockdown,” meaning no one was permitted to enter or exit the building. Reporters were locked in the briefing room.

Trump returned a few minutes later, saying Secret Service had taken him to the Oval Office following a shooting nearby.

“It was the suspect who was shot. This just took place,” he said, adding that an individual had been taken to a hospital.

“I can’t tell you the condition of the suspect,” he said. “There was nobody else injured. There was no other law enforcement injured.”

Trump said he did not know whether the wounded suspect was ever a threat to him, and credited a newly installed perimiter fence, higher than a previous one, for preventing intrusions.

Secret Service confirmed on Twitter about 40 minutes after the shots were heard that there was “an officer involved shooting” at the corner of 17th Street and Pennsylvania Avenue NW, which is adjacent to the White House campus.

Trump praised the agents for doing a “fantastic job” and resumed briefing reporters for an additional 50 minutes.

“Are you rattled by this at all, Mr. President?” one asked.

“I don’t know. Do I seem rattled?” Trump said. “It’s unfortunate that this is a world— but the world’s always been a dangerous place. It’s not something that’s unique.”

The post Secret Service whisks Donald Trump out of White House briefing room after shots ring out nearby appeared first on Zenger News.