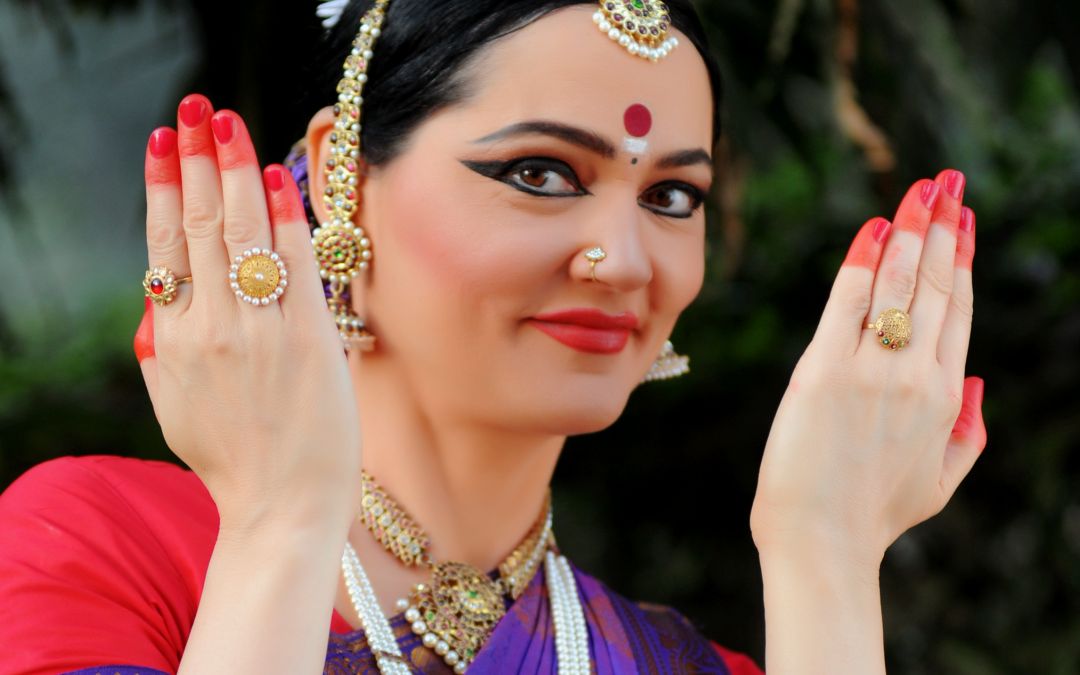 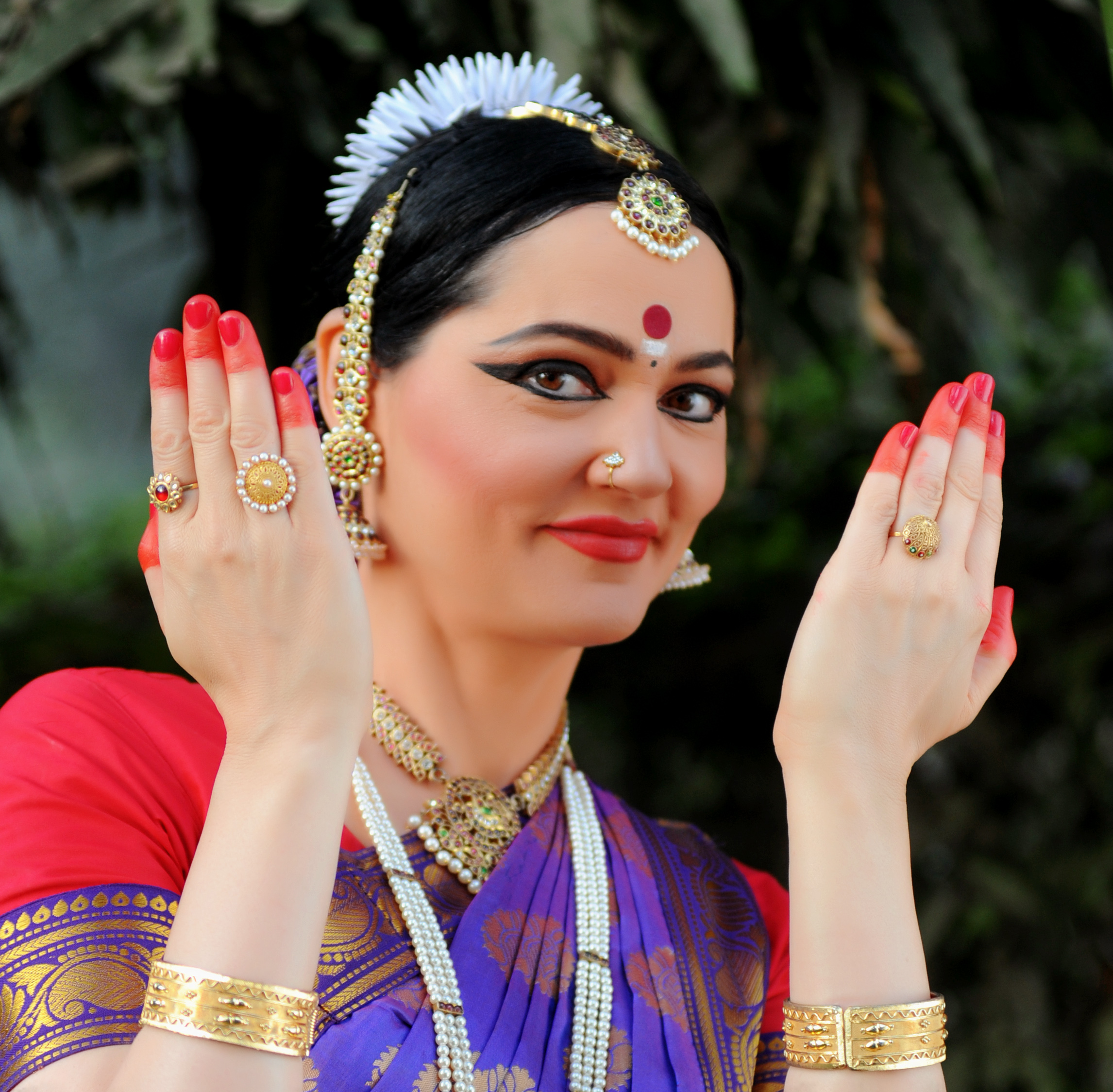 CHENNAI—India has always held a certain mystique for people from Western countries. While for many the fascination may be fleeting, for a few performing artists who have made India their home, it is now an enduring affair.

Here are some of their stories:

Marie Elangovan, who is French-Canadian, was a student of religious studies in Montreal when she stumbled upon a Bharatnatyam video at her university library. That was when she decided to learn the art form in the place of its birth, the state of Tamil Nadu in southern India.

“The performer in the video, clad in a red sari, dancing in the backdrop of a temple, left me spellbound,” said Elangovan. “I fell in love with the art form.”

Unable to find a full-time teacher in Montreal, she realized that she had to come to India if she wanted to learn the dance.

“I felt at home in India right from the beginning,” said Elangovan. “I had to make some adjustments, but they added color to my life.”

Some of the adjustments she made included not sitting in parks by herself, and meeting but not greeting strangers like she would in Canada. However, it was all worth it, she said, because she got to learn Bharatanatyam — which is what drew her to India in the first place.

Elangovan ended up marrying Elangovan Govindarajan, the son of her Bharatanatyam teacher, K. J. Govindarajan, further enhancing her assimilation into her adopted culture.

Sharon Lowen, a U.S. citizen from Detroit, came to India in 1973 on a Fulbright scholarship to study Manipuri dance, a classical form from northeast India, under the tutelage of Guru Singhajit Singh.  She also learned Odissi, a dance form from the eastern state of Odisha, from guru Kelucharan Mohapatra.

“Guru Kelucharan Mohapatra said I learned faster than anybody else,” she said.

Lowen settled down in India in the 1980s, though she maintains close ties with the United States and will be voting in the upcoming elections there.

Lowen said that it has been easy for her to thrive in India because she is accepted as a performer in a country where a classical dancer has to be exceptional to pass muster.

“I decided to stay on in India because here I was doing something worthwhile,” she said. “ I was learning about Indian languages and creating good work.”

While Lowen did not know any Indian language when she  arrived, she did not let that hinder her growth. She would ask people to translate poetry for her and then read more about [the poets] to understand the nuances of their work.

Odissi dancer Sonali Mishra is of Indian ancestry, but she was born and raised in the United States. She moved to India permanently in 2011 after marrying into an Indian family.

Her decision was also triggered by her love for India and her comfort level with its culture. Mishra had visited India often to learn Odissi, before she got married.

“I moved here because I got married, but dance made it easier to take that decision because I was familiar with the culture and context of life here,” said Mishra.

She said that since she married into an Odiya family, she is no longer considered a foreigner in the eyes of the people in her dance class. But that comes with added responsibilities, she said..

“The label of a foreigner or American ceased to exist,” said Mishra. “As a dancer, I had to work harder to raise my standard to that of the level of dancers in India.”

Just like Lowen, Mishra feels at home in India as well as in the United States.

Christopher Guruswamy, a Chennai-based Bharatnatyam dancer who grew up in Australia, said that he did not think he would end up living  in Chennai after his training at the premier dance institute—Kalakshetra—ended.

“I came to India only to go to Kalakshetra; I did not plan to stay on after that,” said Guruswamy.

However, a chat he had with the then director of Kalakshetra , Leela Samson, an accomplished Bharatnatyam dancer, led to his decision to stay in Chennai.

“Leela Akka (sister) asked me what I would do in Perth,” said Guruswamy. “She felt I was a good dancer and should pursue it seriously so I extended my stay for a year.”

Guruswamy has now been in Chennai for 15 years.

“I like how Chennai is quieter than other cities,” he said. “When I go to places like Mumbai, I realize how much of a Chennai boy I am.”

While some dancers have stayed permanently in India, others with work commitments have had to leave and then come back whenever they could. Zophia Lichota is one.

Based in Poland, Lichota has been coming to India on a scholarship from the Indian Council for Cultural Relations. She felt that if she wanted to train seriously, she had to come to India.

“Indian art forms aren’t taught in Europe the way they are in India,” she said.

After coming to India, she started training in Odissi and Kuchipudi. Earlier, she worked from her home in India so that she could keep up employment and still learn a new dance.

An analyst with a global auditing firm, Lichota plans to take a sabbatical so that she can spend more time in India learning Odissi and Kuchipudi.

“I will use my sabbatical to learn and perform in India,” she said.